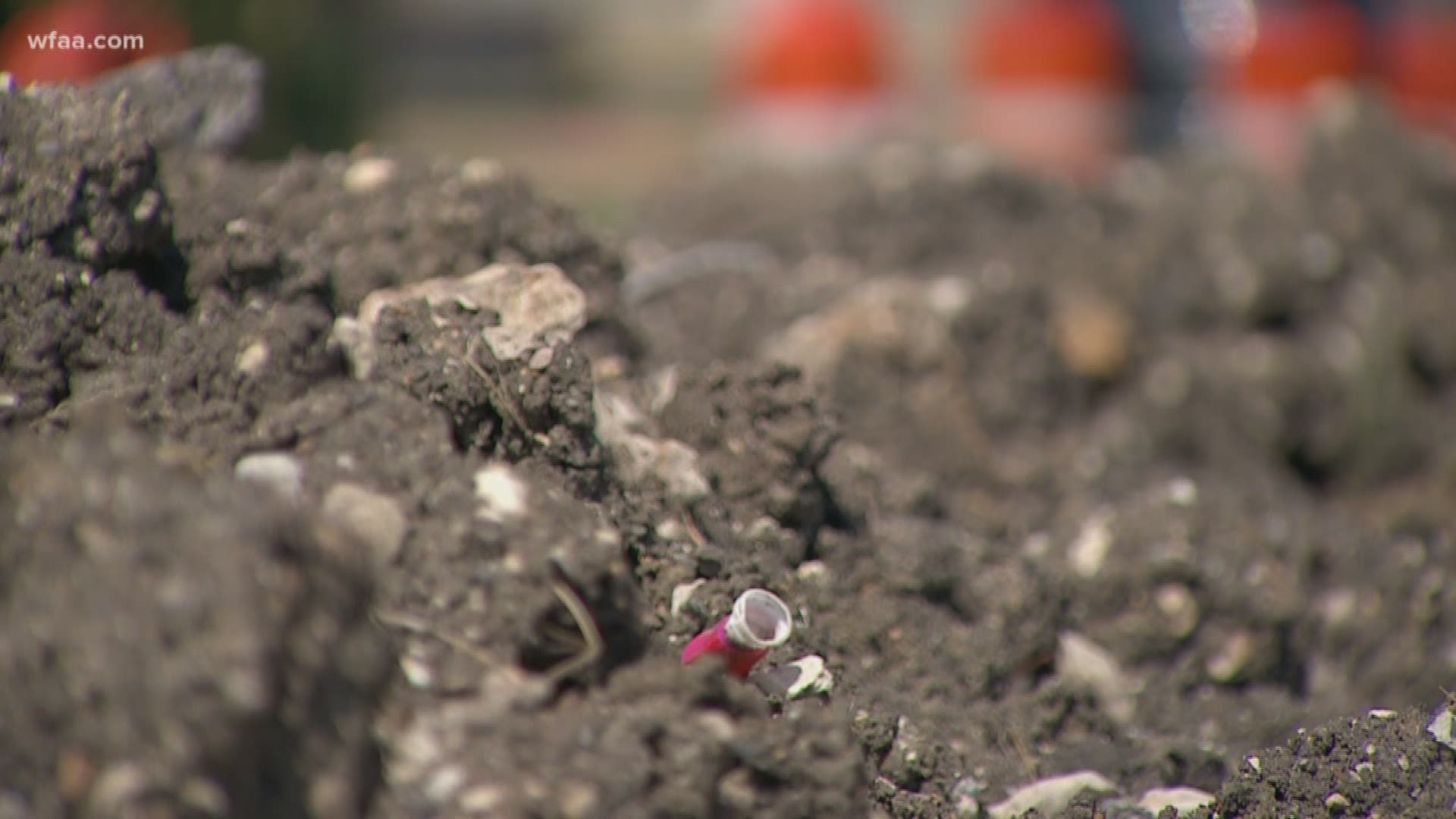 DALLAS — The City of Dallas Public Works Department is investigating the source behind large mounds of dirt being dumped along a stretch of South Lamar Street that has been under construction.

Neighbors say the illegally dumped dirt, construction debris and trash has been piling for months. A spokesperson from the city confirms the dirt is coming from an unrelated project.

“Lamar was a business thoroughfare,” said Roderick Buchanan as he sat on his front porch reading a newspaper.

Buchanan lives just a few steps from South Lamar Street. He says the ongoing construction has been a nuisance for neighbors. He describes the piles of dirt that have been dumped on the side of the streets as an eyesore.

"When you come through my neighborhood, OK, I don’t care if you want to live here or not, I don’t want you to see ugly," Buchanan said.

Some homeowners and business owners are calling the dirt mounds a mess along South Lamar. They say the presence of the illegally dumped dirt is ignored by city staff.

”I don’t want you to see unnecessary ugly,” Buchanan said. “That is unnecessary.”

Some of the dirt has been piling up for a long time.

”This thing has been going on now for almost two years," business owner Aniz Sabuwala said.

Sabuwala owns a recycling business on South Lamar. He said the area has been under construction for about three years. City contractors were working on paving, drainage and landscape improvements. The underground utility work is completed, according to a City of Dallas spokesperson.

”They need to fix this problem,” Sabuwala said. “Fix up Lamar, and take care of the drainage issues.”

Dallas Public Works updated a sign on the road saying the project is now expected to be completed by Winter 2020.

"Get rid of this junk,” Buchanan said as he looked at the dirt piles.

Neighbors say they want the City of Dallas to keep an eye on how the dumping eyesore is impacting their community.

City of Dallas Public Works staff is looking into proper removal of the illegally dumped dirt.