A proposal from Dallas city council member Philip Kingston would see the current headquarters of Dallas ISD sold to a developer who would guarantee a portion of affordable housing in any future mixed-use project on the property. 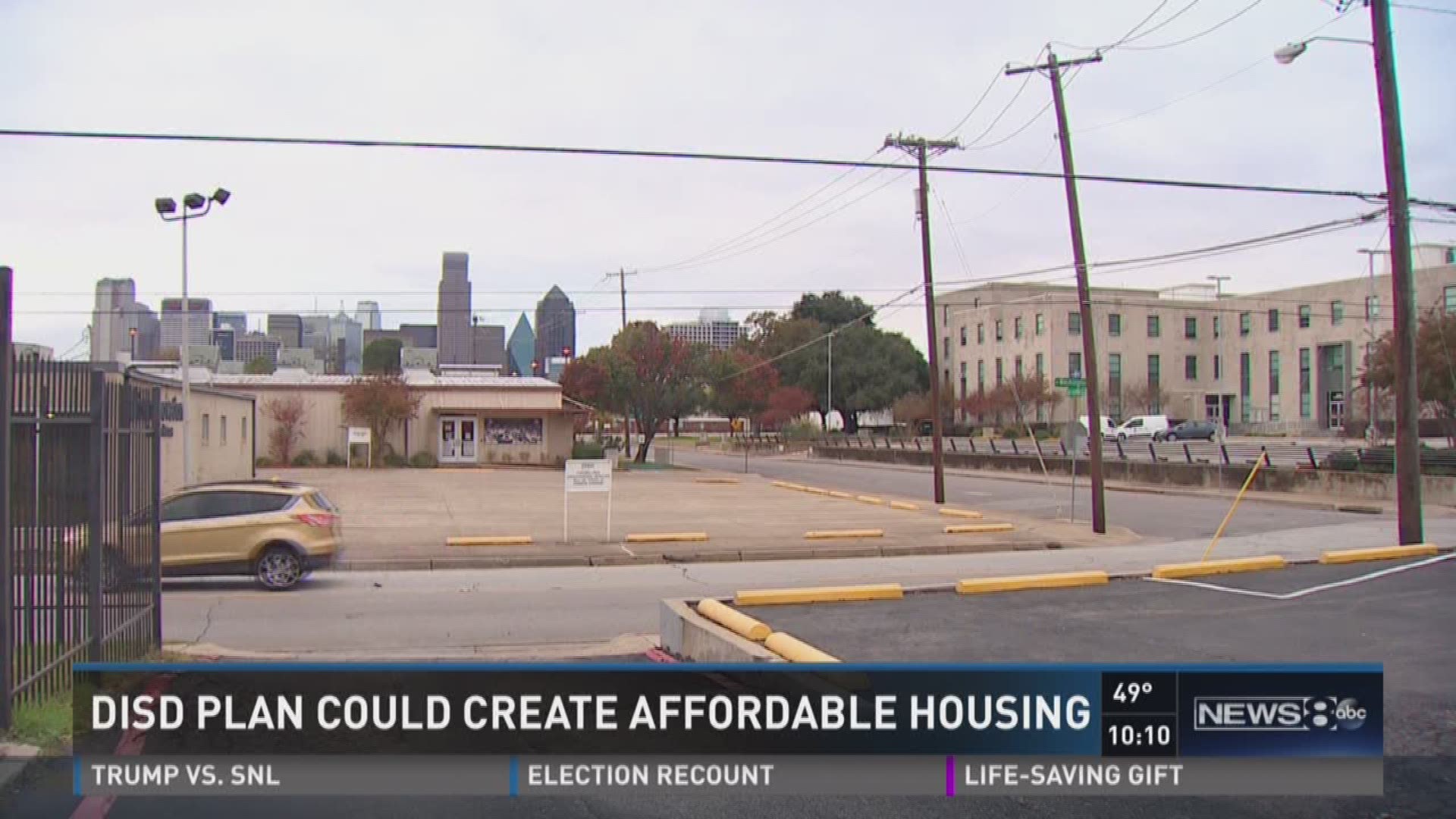 A proposal from Dallas city council member Philip Kingston would see the current headquarters of Dallas ISD sold to a developer who would guarantee a portion of affordable housing in any future mixed-use project on the property.

It’s an idea that Kingston says is overdue for the city as it battles chronic homelessness and dearth of affordable housing.

“People do better together when people of varying backgrounds live together in a nice place,” Kingston said.

Dallas ISD is selling, consolidating operations and moving its headquarters to an office tower on North Central Expressway in North Dallas.

The decision to move leaves the 10-acre property at Ross and Washington available as a large parcel with a highly sought after location in the rapidly developing area just east of downtown.

Some estimates have placed a potential sale price near $20 million.

“The goal of DISD is not to make the most money it can make on its real estate,” Kingston said. “It’s to provide the best education for students.”

Kingston says one way to do that is to stem the tide of students leaving DISD, an estimated 2,000 students this school year alone.

The Cottages at Hickory Crossing opened this fall near downtown and are viewed as a prime example of what’s possible to combat homelessness. The project provided 50 tiny homes for the chronically homeless.

The Dallas Commission on Homelessness reported 3,700 people in Dallas are homeless, more than 700 of those unsheltered.

“This marries up both of those goals,” Kingston said

But it’s not an easy sell just yet.

School boards don’t typically discuss real estate transactions beforehand, but at least two have told News 8 they are concerned DISD could miss out on an opportunity to cash in on such a prime piece of real estate.

Kingston says the city could help with incentives but those details aren’t formalized yet.

The vote to sell one of the most desirable spots on Ross Avenue is expected in January.