Both victims were found with gunshot wounds and were laying next to a green vehicle, police say. Detectives believe the suspect is still at large. 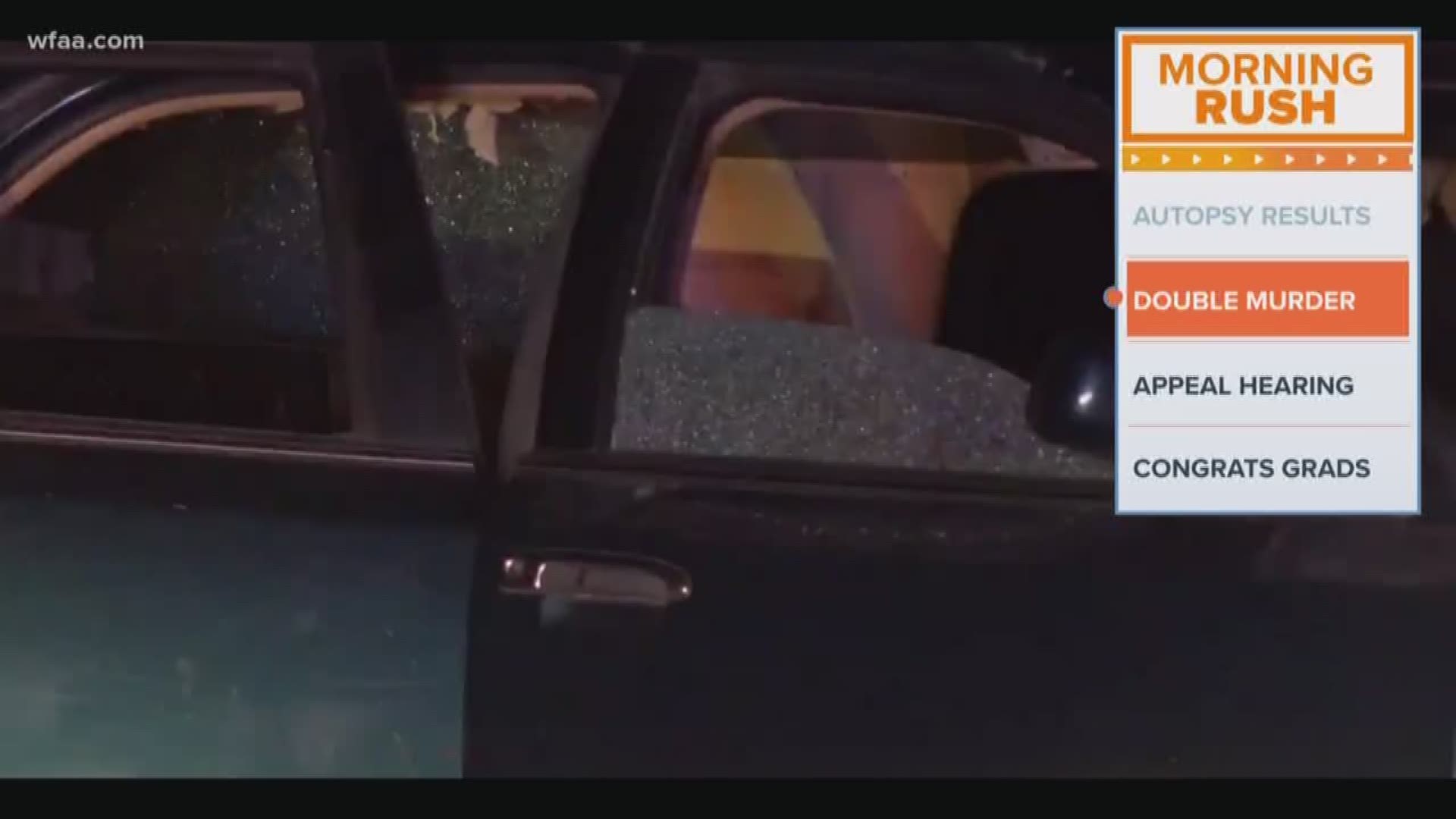 DALLAS — A man and woman were killed in a double shooting Saturday morning, Dallas police say.

Around 12:15 a.m., officers responded to a shooting call near the 4400 block of Cicero Street in Dallas.

When officers arrived at the scene they found 39-year-old Jennifer Hernandez and 26-year-old Kenneth Wesley with gunshot wounds.

Both were laying on driveway next to a green vehicle, police say.

According to authorities, Hernandez died at the scene. Wesley was transported to the hospital, where he was later pronounced dead.

Police say they are investigating the shooting and believe the suspect is still at large.