"Unfortunately, God used Jordan – a perfect kid that everybody loved – for America to see that we really have a problem," family attorney Daryl Washington said. 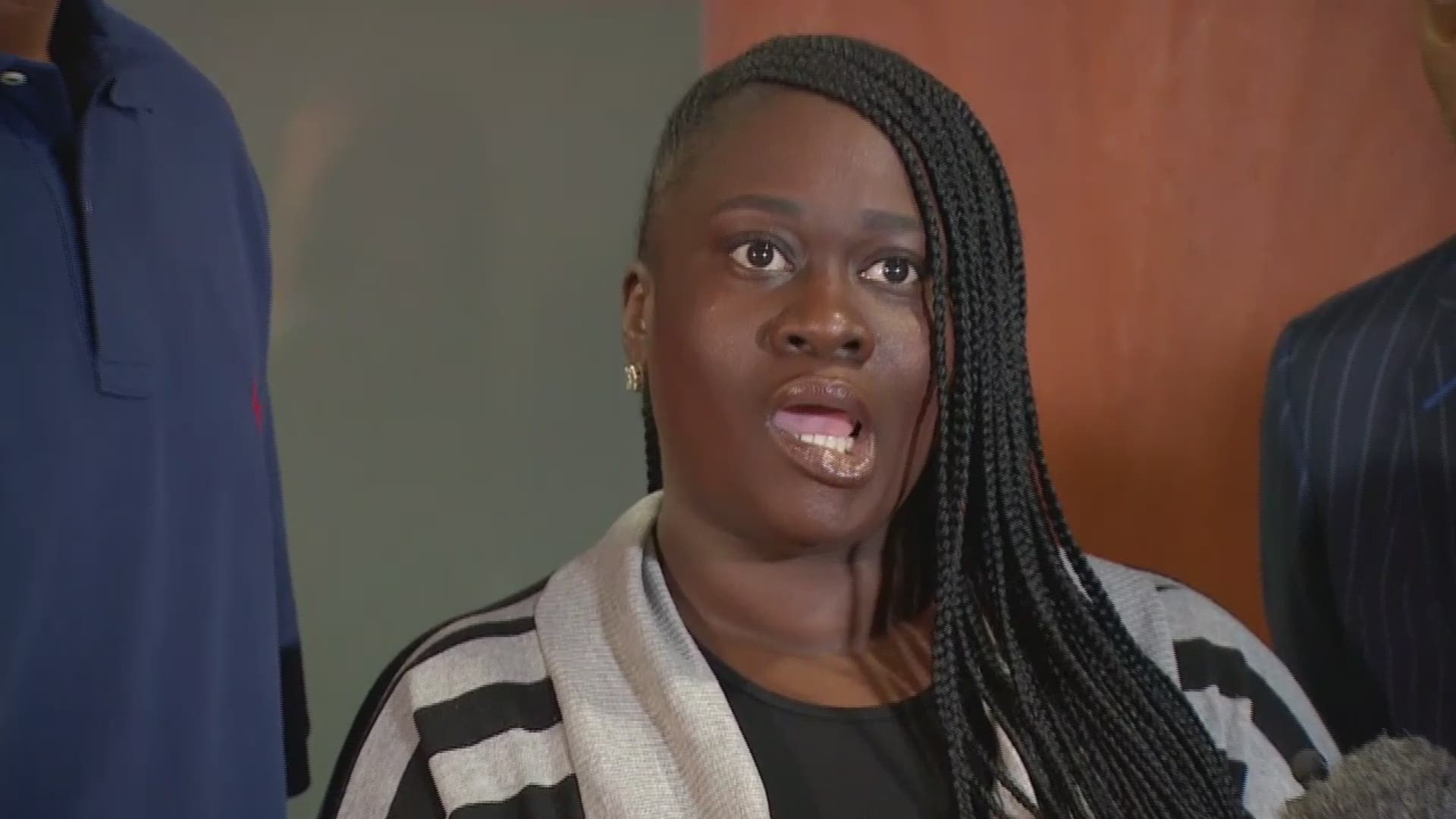 Jordan Edwards’ family hoped for a stiffer sentence for Roy Oliver, the ex-cop who killed their son in April of 2017, but they believe the guilty conviction and 15-year prison sentence are a sign of progress.

“Change can come,” Charmaine Edwards, Jordan’s stepmother, said Thursday. “It’s hope that something can be changed.”

The family says Jordan’s case may send a message across the country for one reason: Jordan was “the perfect victim.”

“Unfortunately, God used Jordan – a perfect kid that everybody loved – for America to see that we really have a problem,” family attorney Daryl Washington said. “Because we all know if it wasn’t the perfect kid, if it wasn’t Jordan Edwards, that we wouldn’t be having this conference talking about a verdict against a police officer.

“But the world saw that this can happen to kids like Jordan.”

Edwards was known for his joy. Teachers and coaches have raved to WFAA about his infectious smile and positive attitude. He made straight A’s in class and was a good athlete.

“You only got 15 years on an innocent 15-year-old child,” attorney Jasmine Crockett said of Wednesday's sentencing. “What do you think is gonna happen to a ‘less-than-perfect’ victim?”

Related: Edwards family ‘doesn’t want Jordan to be the poster of politics’

The Edwards family doesn’t hold their son’s murder against all police officers – “Not all officers are bad like Roy Oliver,” Jordan’s dad, Odell, said. “You still have to respect them.” But they do hope Oliver’s prison sentence creates a sense of “checks and balances” among officers nationwide.

“Hopefully it will bring about some balance and maybe we’ll have better policing,” Crockett said, “because they know that at least there’s somebody else that will protect and serve our community if you won’t.”

“Split seconds save lives,” Washington said. “Because officers [have known] they aren’t going to be indicted, and they aren’t gonna be held accountable for these shootings, they don’t have any problem shooting first and talking about it later. I think what we’re going to see now is officers are going to learn to de-escalate situations and just pull back.

“If Roy Oliver would’ve just pulled back for one second, Jordan Edwards would still be here today.”

The family also takes solace in the fact that Oliver's prison sentence might bring about change for other families in their position.

"He didn't deserve to die," Charmaine Edwards said. "But we hope that the little bit of justice he did receive is enough to give other mothers and fathers in our position hope – something to look forward to."

"They had to give up Jordan in order for other parents not to have to deal with what they're dealing with now," Washington said.

Watch the family's entire Thursday press conference below or here.