'It's important for children of color': No More Violence Organization on racial equality and gaining trust with community

"The change is going to have to come from the top, and that comes from city leaders and our law enforcement, those who are in charge of us," said Patricia Allen. 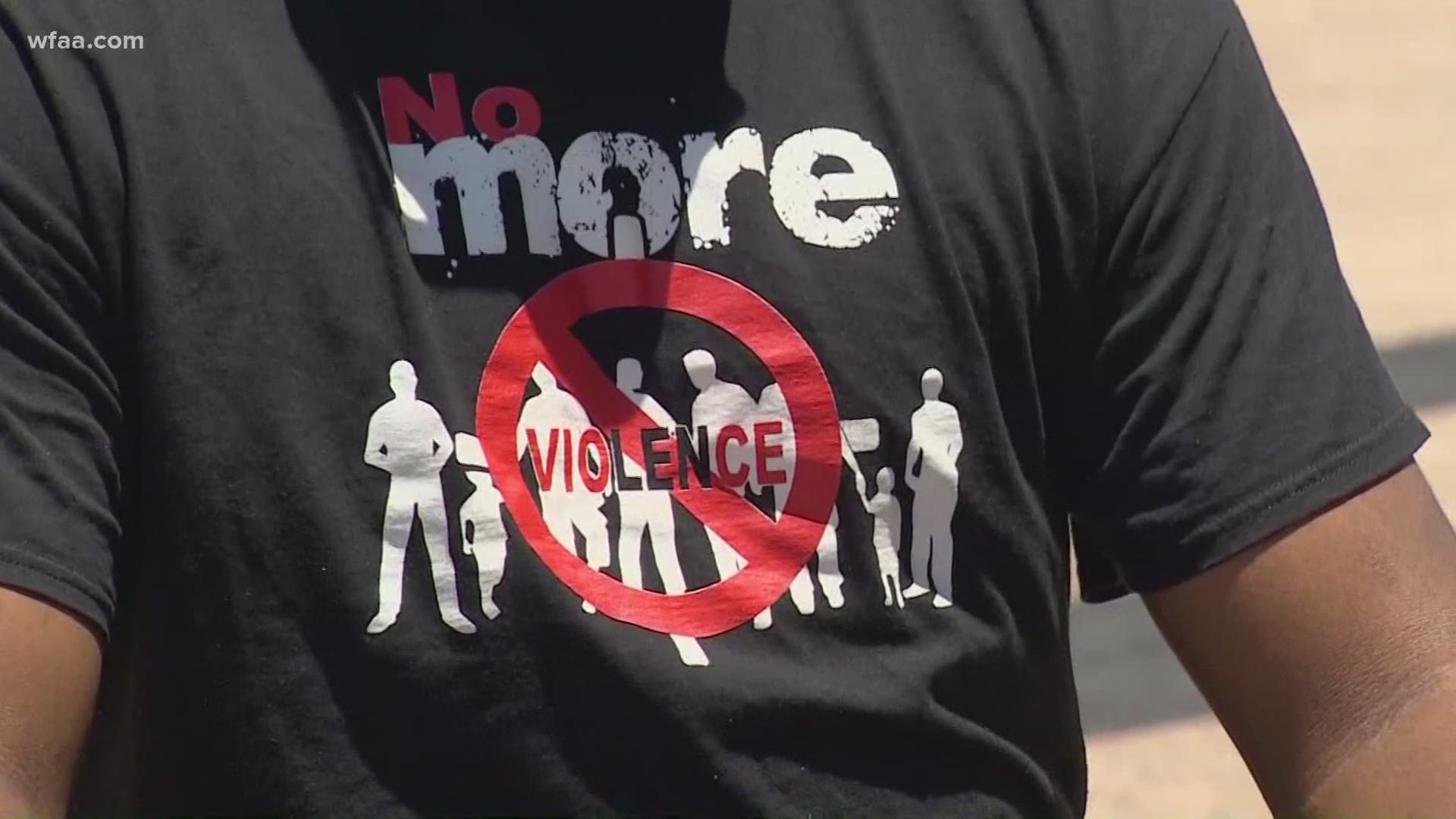 DALLAS — With eyes on the Black Lives Matter movement, Eric Garnett hopes people are paying attention. He is part of No More Violence Organization in Dallas.

"I want this to be continuous. If you're going to protest, you got to keep fighting," he said.

Garnett got involved with No More Violence after he lost his brother to gun violence. He is a black man and a peace officer.

Garnett said, "Even though I'm in law enforcement, I still have thoughts that maybe I might be losing my life today, so it scares me, and I hope the world changes."

"It's important for children of color, for the next generation. They need to know about what is going on so they don't be in the same positions."

No More Violence serves people of all cultures, but for black children, founder Patricia Allen says there is great concern.

"Will I be the next one? Will it be me?" she said that is on the minds of some of the children she works with.

She is urging those in power to set an example and gain the trust of young people.

"The change is going to have to come from the top, and that comes from city leaders and our law enforcement, those who are in charge of us," said Allen.

And for individuals, Allen said it's important to support families who have lost loved ones to violence, and be there for them throughout the grieving and justice process.

She believes change can start in Dallas.

For more information on No More Violence, click here.