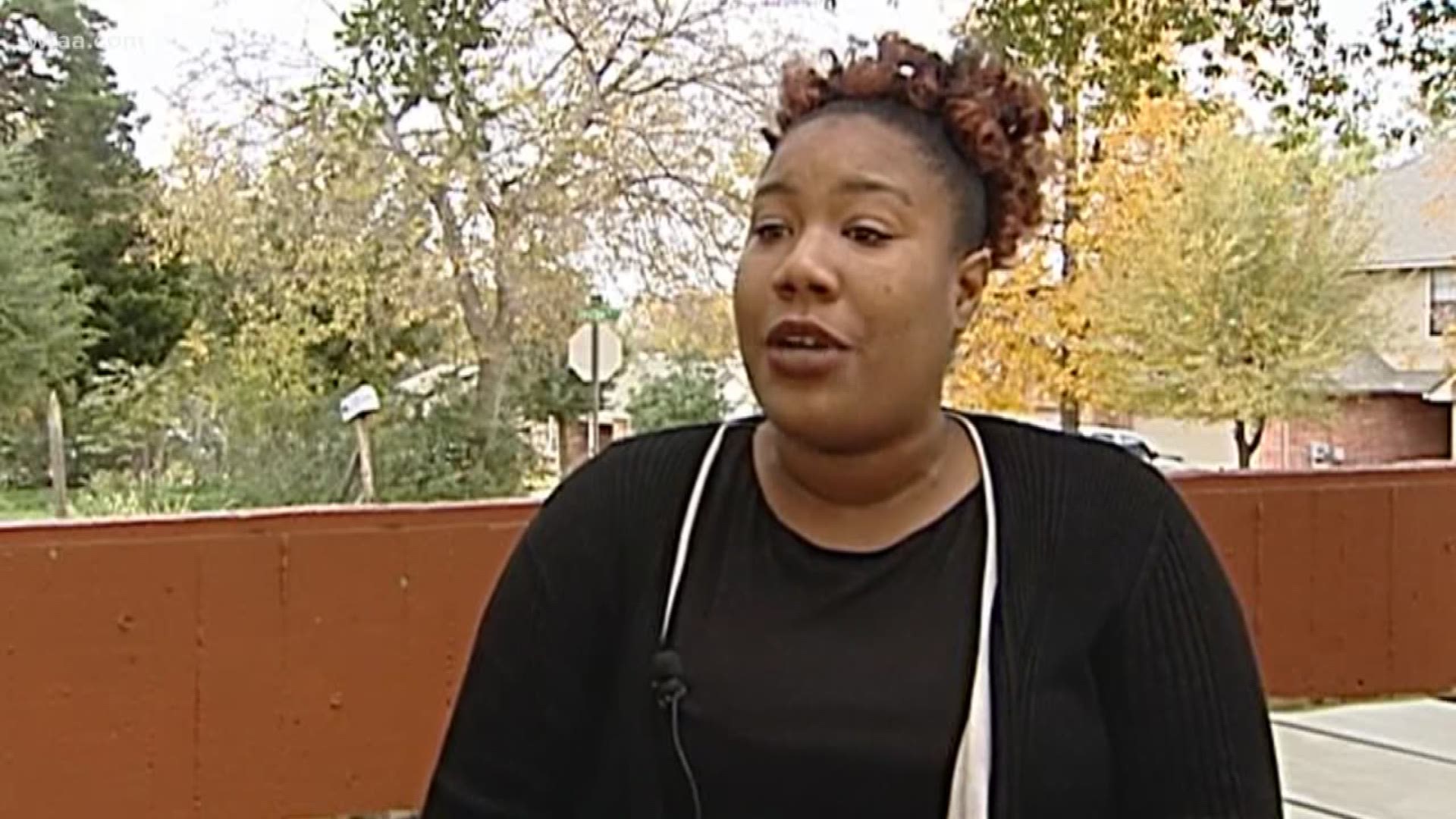 DALLAS -- Around downtown and Deep Ellum, folks sometimes called Leonard Rose “Santa Claus” because of his long, flowing white beard. Others called him the “gentle giant.”

He was also a hero who came to the aid of two women as a man stabbed them inside an elevator downtown in September.

No one would describe Anthony Michael Bailes that way. Like Rose, Bailes was homeless. He had a violent history in two states. He was known to attack other homeless people.

On a fateful night one week ago, police said Rose killed Bailes. Rose told police he stabbed Bailes after he attacked him. A witness backed up Rose’s account of being attacked, but did not see the final confrontation.

Rose’s friends described what happened as a case of the bully being killed by the bullied.

“I think it was Leonard getting his anger out saying, ‘I'm done with this. Leave me alone,'’’ Conway said. “I don't think he meant to try to kill him.”

A man she calls a hero

Just a few months ago, Rose was a hero to Vanessa Stepney and her friends.

Stepney, of Edmond, Okla., was with two friends when the attack happened. They were walking down a sidewalk when police say a homeless K2 user began chasing and stabbing them.

Stepney’s two friends ran into the Wilson building on Main Street. Their attacker followed, trapping them inside an elevator. He continued to stab them.

“A lot of people just stood and watched,” she said.

But a man with the flowing white beard ran down the street and began to help. She did not know Rose’s name nor that he was homeless until WFAA contacted her this week.

“He immediately tried to help us,” she said. “Had he not been there, I don’t know what would have happened.”

She gets emotional just talking about it. Stepney said Rose distracted the attacker, so her friends could escape.

“I thank God he was there,” she said.

Police said Rose and another man helped keep the attacker inside the building until police could get on scene.

While Rose was helping others, Bailes was developing a violent reputation.

In 2013, he was convicted of second-degree assault, a felony, in Alabama. A drunken Bailes attacked his aunt six years ago in Irving. Bailes choked a Parkland doctor last June.

Four months ago, police were called to The Bridge because an intoxicated Bailes was fighting and threatening others. When police arrived, they found him lying down in the busy roadway. He was “highly belligerent,” according to police records, and resisted when police tried to arrest him for public intoxication. Police found a syringe in his pocket that appeared to contain heroin residue.

“Anthony Bailes has been aggressive towards me in the past and not to only to homeless (people), but to everybody else to that he encountered,” Conway said.

Conway recalled an incident where Bailes aggressively tried to get a woman to give him money. “He kept pushing and walking closer to her and I’m like, ‘leave her alone,’” he said.

The Iowa native ended up in Dallas after relatives in Houston changed their mind about letting him stay with them. He said Rose showed him the ropes of being homeless in Dallas.

He said Rose never talked about his backstory or how he became homeless. Conway was not surprised that his friend helped the women in the Wilson building attack. That was completely in keeping with the man he knows.

“He’s a hero in my book,” said Conway, who helps out at a Deep Ellum establishment.

Jeremy Wickwire got to know Rose through his security job in Deep Ellum.

“I've seen him many times get treated very poorly and not overreact at all,” he said. “He just lets it go.”

Rose panhandled and sold newspapers for the Stewpot, but he was never aggressive. Several months ago, Wickwire said he intervened when several men attacked and surrounded Rose, kicking him as he lied on the ground.

“Leonard was on the ground in a fetal position and when we finally got him away from them, he had this terrible shocked look on his face,” Wickwire said.

That moment that ended in Rose’s arrest and Bailes’ death occurred in broad daylight on Oct. 31.

According to an arrest warrant affidavit, Bailes approached Rose and attacked him at the bus stop at Elm And Ervay Streets. Bailes punched him several times and threw Rose to the ground, stomping him.

Wickwire does not believe Rose followed Bailes with the intention of killing him. He thinks Rose was trying to call attention to the assault, but when Bailes came at him again, instinct took over.

“I would say it was just all a flight or fight kind of reaction,” said Wickwire. “He just felt like his life was in danger.”

Stepney does not blame Rose for carrying a knife to protect himself particularly after what happened to her and her friends.

“I don’t think that he would have murdered someone just for no reason or even attacked someone,” she said.

Stepney's friends are still recovering from their physical and emotional scars of the knife attack. She believes that were it not for Rose, her friends would either be dead or much more seriously injured.

“I feel so bad for him, and I would do anything or say anything just to pay it forward,” Stepney said. “He didn't have to help us out and just to see that he's in this situation, it's really sad.”