The cause of the fire remains unclear. 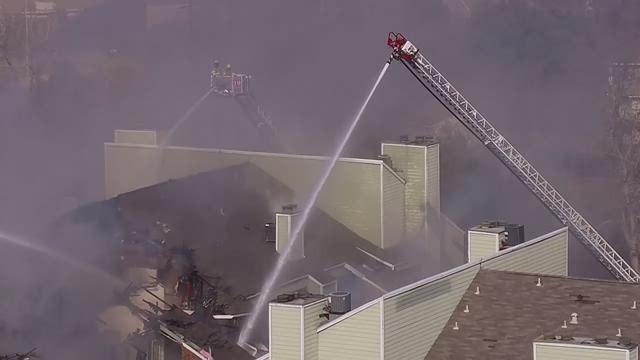 Firefighters are battling a four-alarm fire at a 3-story condominium complex in North Dallas.

About 24 units have been destroyed at Sable Ridge Condominiums in the 6100 block of Abrams Road near Northwest Highway, officials said.

Dallas Fire-Rescue arrived at the scene just before 1 p.m. for a fire on the first floor. The flames quickly spread throughout the walls and into the ceiling.

Firefighters then pulled back into a defensive position. The building sustained a partial collapse.

The cause of the fire remains unclear. 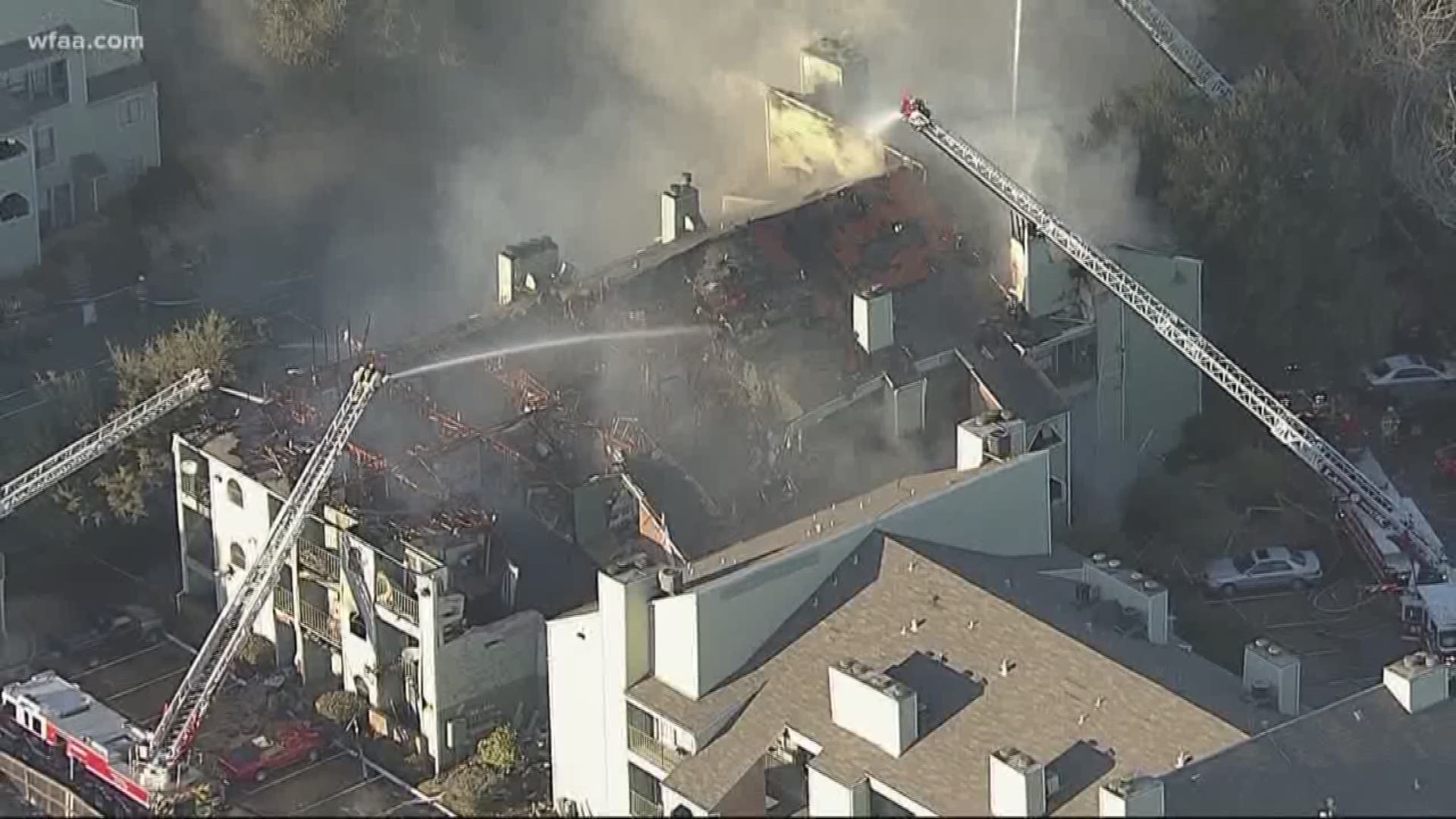 Stay with WFAA for updates.