Witney Livingston, 17, is on a ventilator as she deals with respiratory distress at Children's Medical Center Dallas. 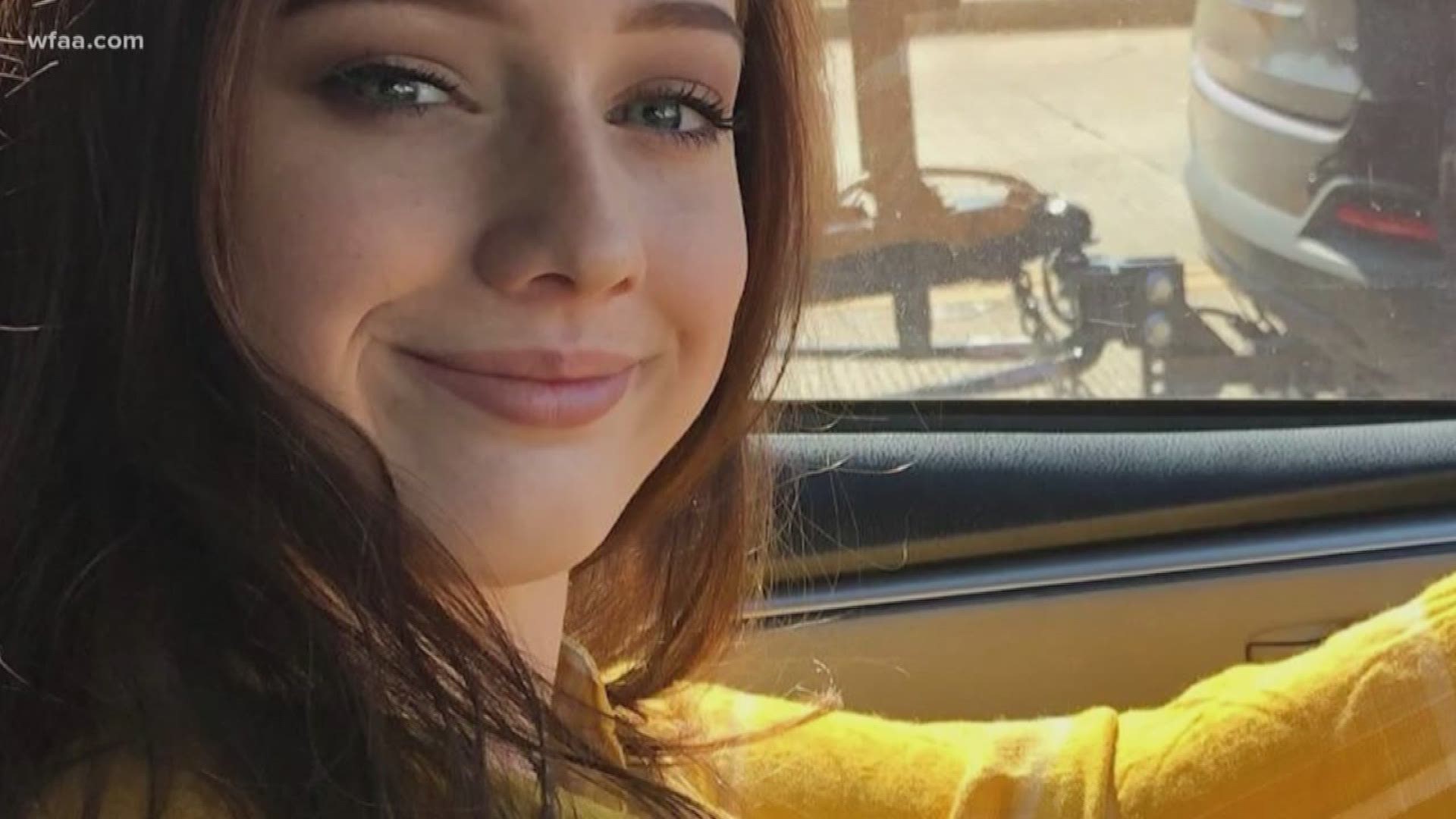 DALLAS — Jennifer Audas is doing her best as a mother to tell her daughter's story because as of Monday afternoon her daughter Witney could not tell that story on her own.

Witney Livingston, 17, is on a ventilator as she deals with respiratory distress at Children's Medical Center in Dallas.

"The last conversation I had with her might have been the last," Audas said.

Witney was not feeling well the last two weeks. Audas said her daughter had trouble breathing and was throwing up. She was first taken to a hospital in Tyler and was later transferred to Children's Medical Center Dallas. The hospital cannot speak to Witney's condition, but the family told WFAA that her vape habit has everything to do with her hospitalization.

Witney has been vaping three to four pods a week for two years. Audas deeply regrets not stopping her daughter from vaping, especially after hearing all the recent stories of kids getting ill.

"She told me she was smoking cigarettes and I thought it was safe...to smoke something else," said Audas.

In Dallas County, there are 14 confirmed cases of severe respiratory illness where vaping may be involved. Dr. Phil Huang of the Dallas County Health Department said all of those cases are from the last several months. The median age of the cases is 19 years old. Six of the people in those cases are currently on ventilator support.

"It would be certainly prudent to consider not using [vapes] at all," Huang said. "It is very alarming. Previously healthy teenagers, young adults, are now on ventilators," the doctor said.

The timetable for Witney's recovery is unknown. Whether she will fully recover is also unknown.

"We just don't know. There is no timeline. It is day by day," Audas said.

The CDC is studying vape samples of those confirmed cases hoping to narrow in on what is causing this recent surge in possible vape-related illnesses. Audas is hopeful she can make a difference by making this story public. She is hopeful kids quit vaping and parents learn the possible effects of the drug.

RELATED: Juul warned by FDA over claims its e-cigarette is safer than smoking

"Help them make the right choice. It could save their life. My daughter almost died," Audas said.

A GoFundMe page has been created to help the family with medical expenses.