While the City of Dallas owns and manages Fair Park, for decades, the State Fair of Texas has been the major tenant and money maker. That's why a Baylor University economic impact study performed by economics professor Tom Kelley, which is critical of State Fair accounting practices, has so many heads spinning. 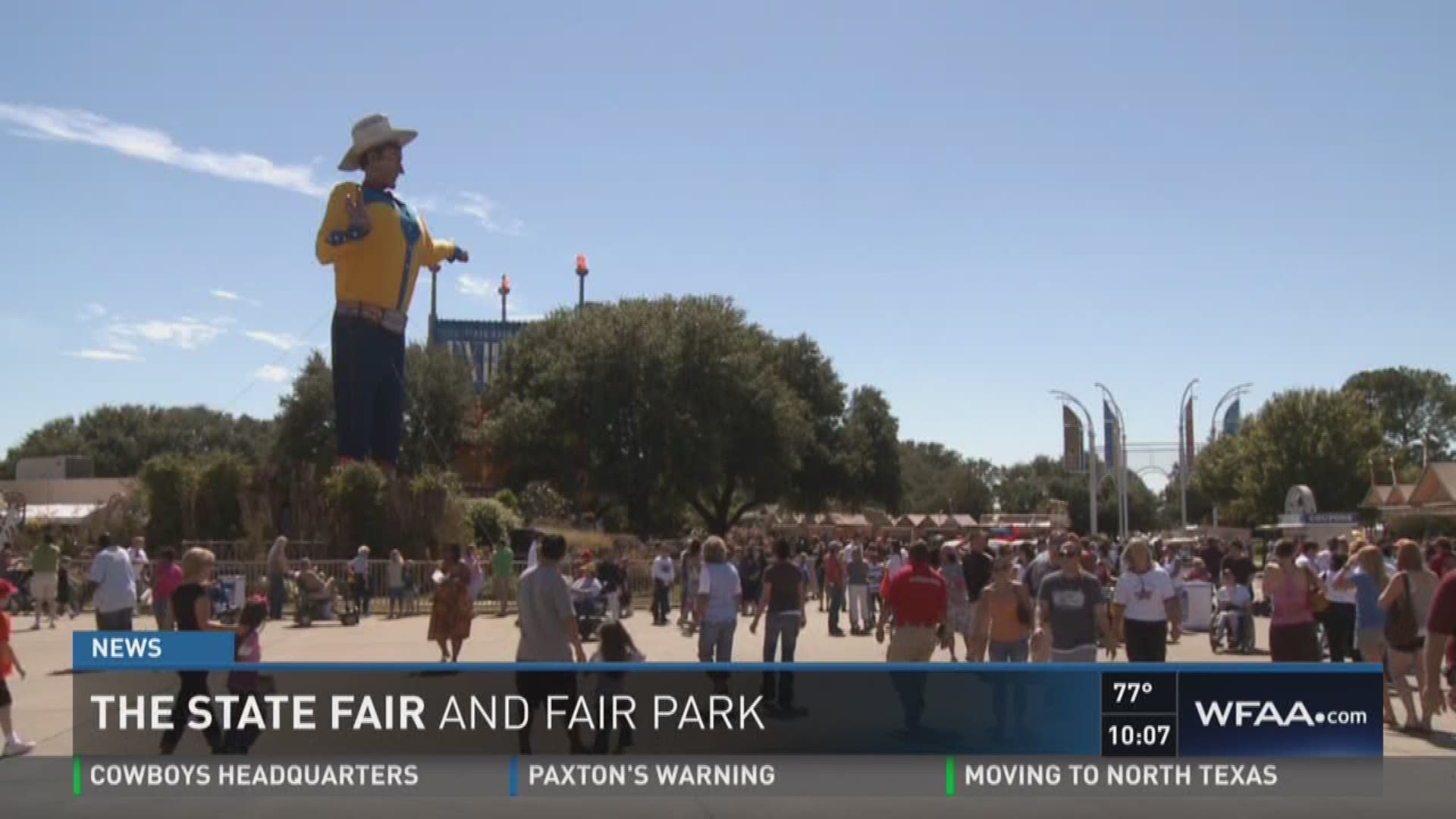 While the City of Dallas owns and manages Fair Park, for decades, the State Fair of Texas has been the major tenant and money maker.

That's why a Baylor University economic impact study performed by economics professor Tom Kelley, which is critical of State Fair accounting practices, has so many heads spinning.

In short, the study says maybe the great State Fair, ain't so great.

Many of the buildings and sidewalks in Fair Park have seen better days.

For example, State Fair officials claim they generate $600 million every year for the area economy. The Baylor study says that figure is closer to $50 million.

What does State Fair of Texas President Mitchell Glieber say?

"We actually haven't done attendance estimates since about 2001,” Glieber said.

“The main reason is, we have a whole bunch of different avenues that people will [use to] come into the Fair without the need to surrender tickets,” Glieber said.

Yet, Glieber dismisses the Baylor study, saying its findings are flawed and the Fair is doing fine.

"If you gave 10 different economists an opportunity to look at economic impact, they are probably going to come up with ten different numbers," Glieber said.

State Fair critics say the lack of statistical data and transparency allows State Fair officials to control the park and spend most of its profits on itself.

Yet, Fair Park's lease with the city states that it agrees to spend excess revenues "for the development and enhancement of Fair Park and the Fair."

And how have the State Fair's profit sharing efforts been working?

The Hall of State in Fair Park has seen better days.

While the grounds are kept clean and well-landscaped, on almost every structure, you'll see chipped paint, crumbling or fading facades, and buildings begging for repair.

The exception is the Cotton Bowl, which just received a $100-million facelift, where the grass is kept neatly manicured for three college football games and one soccer game per year.

Meanwhile, the rest of Fair Park has lost many of its major tenants, such as the Science Place, and most days, it's a ghost town.

The newly-renovated Cotton Bowl is one of the highlights of Fair Park, but it only used a handful of days a year.

Jack Reese is the president and CEO of the Foundation for Community Empowerment. He describes Fair Park as, "deteriorating, crumbling, [and] not well cared for.”

Reese’s non-profit is dedicated to revitalizing the neighborhoods around Fair Park, an area he says is victimized by the State Fair's control of the entire park.

"It has not been that economic engine that it claims,” Reese said. “To assume that it is actually bringing advantage to the neighborhood is to miss what's actually going on here."

Residents of the neighborhoods just a few blocks from the park we talked to agree. They say Fair Park needs to be more than just the State Fair.

"I see a lot of big spaces -- empty spaces -- and a lot of nothing, really going on," Angela Hudgens said.

And the critics are being heard.

At Dallas City Hall, change is in the air. It started a couple of years ago, with the mayor's task force to redefine Fair Park.

"I won’t say the City of DalIas is mismanaging Fair Park, but I do think we have sub-optimized Fair Park for a long time," Mayor Mike Rawlings said.

The mayor also says he's open to reducing some of the State Fair's control over the space.

Last week, there was evidence that things are already starting to change. State Fair employees were volunteering in the Fair Park neighborhood, repairing houses as well as sprucing up their own image in the community.

"We are in favor of whatever is best for Fair Park, whatever makes Fair Park great,” Glieber said. “And there may have to be sacrifices that are made, and we are fine with that."

What's next for Fair Park?

While it appears privatization is in the future, a fight is brewing over the mayor's plan.

Critics say it puts too much emphasis on rehabbing old buildings. Reese's non-profit group wants to “put the park back in Fair Park” by tearing down fences and adding more green space.

Watch for that debate to get heated in the coming weeks.