Dallas-Fire Rescue says it will now stage at a "safe location" and wait for Dallas Police to arrive before entering a potentially violent situation involving suspects or weapons. 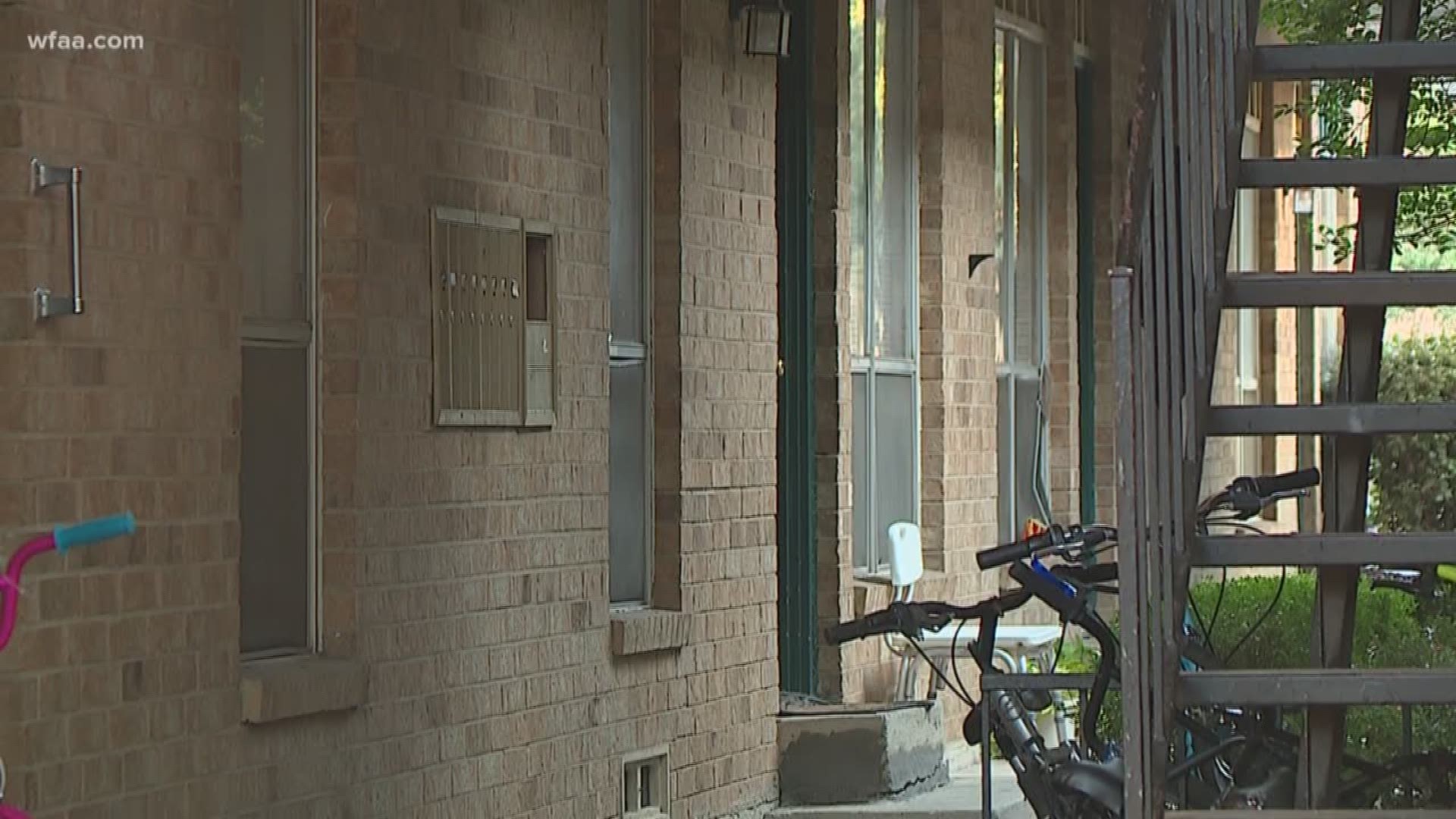 Dallas Fire-Rescue says it will now stage at a "safe location" and wait for Dallas Police to arrive before entering a potentially violent situation involving suspects or weapons.

The change announced Monday evening comes after a DFR crew had to subdue a man with a knife after DPD was slow in responding to a domestic violence call over the weekend.

On Saturday night, the crew from Station 56 in North Dallas were dispatched to an apartment complex in the 7000 block of La Cosa Drive.

When fire crews arrived they saw a woman in a courtyard area near the laundry room waiving them down.

When firefighters stepped out of the engine a man emerged nearby carrying a knife attempting to attack the female.

Jim McDade with the Dallas Fire Fighters Association says personnel on-scene repeated called for backup from DPD on what should have been a priority one call, which is the highest priority call for emergencies like shootings, stabbings or an active shooter.

"We’re not armed," McDade said. "We’re not even trained in self defense or anything like that.”

The targeted response time for DPD on those calls is 8 minutes or less.

"We are being chased by a guy with a knife," a firefighter told dispatchers during the call. 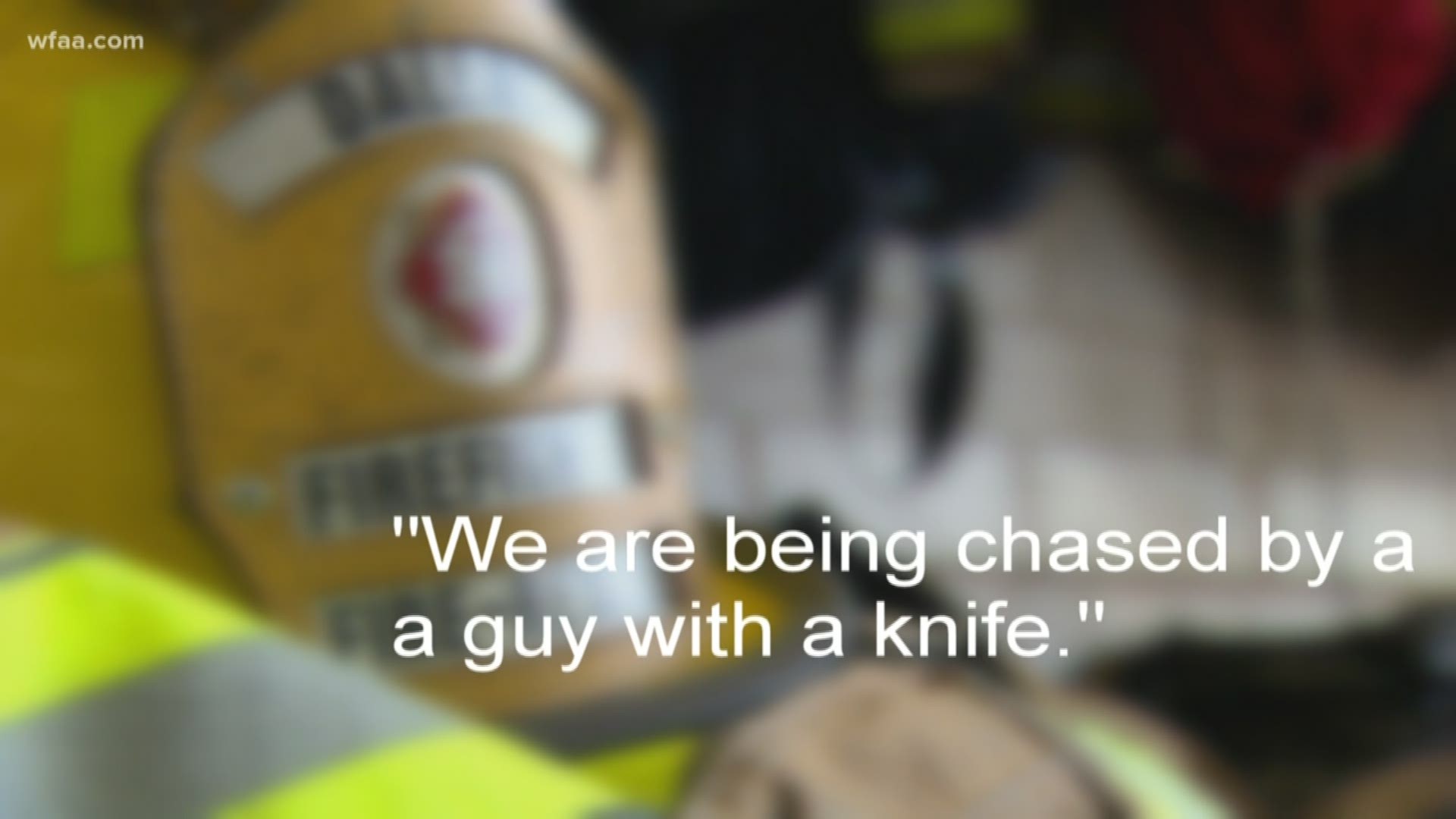 Firefighters on the call said they waited more than 15 minutes for DPD to arrive. When help came firefighters had wrestled the man to the ground and removed the knife from his hand.

Lt. Jason Johnston with Engine 56 said in a statement he feared the call would be his final one as a firefighter.

"At the very least I thought I was going to witness the murder of a civilian or one of my firefighters," Johnston told WFAA.

The Dallas Police Association said they apologized to the fire union for the slow response, something that is happening more often for a department down approximately 800 officers from its peak earlier this decade.

"They’re (DFR) holding them down and we don't have anybody to go assist them," Michael Mata with the DPA said. "They didn’t sign up for that.”

DPA and other unions have had recent success in convincing the city council to set aside an additional $21 million in next year's budget to provide an across the board 5-percent pay raise for existing officers and bring starting pay for DPD close to $60,000 annually - which is the average for police departments in North Texas.

Monday evening the Dallas Police Department said it is investigating the incident to ensure proper procedures for the call were followed.

DPD also released a timeline of the response that showed the call was toggled between Priority 1 and a less urgent Priority 2 (robbery, fire, assault). DPD said the call came in at 11:47 p.m. on Saturday as a Priority 2 call for a man violating a protective order. 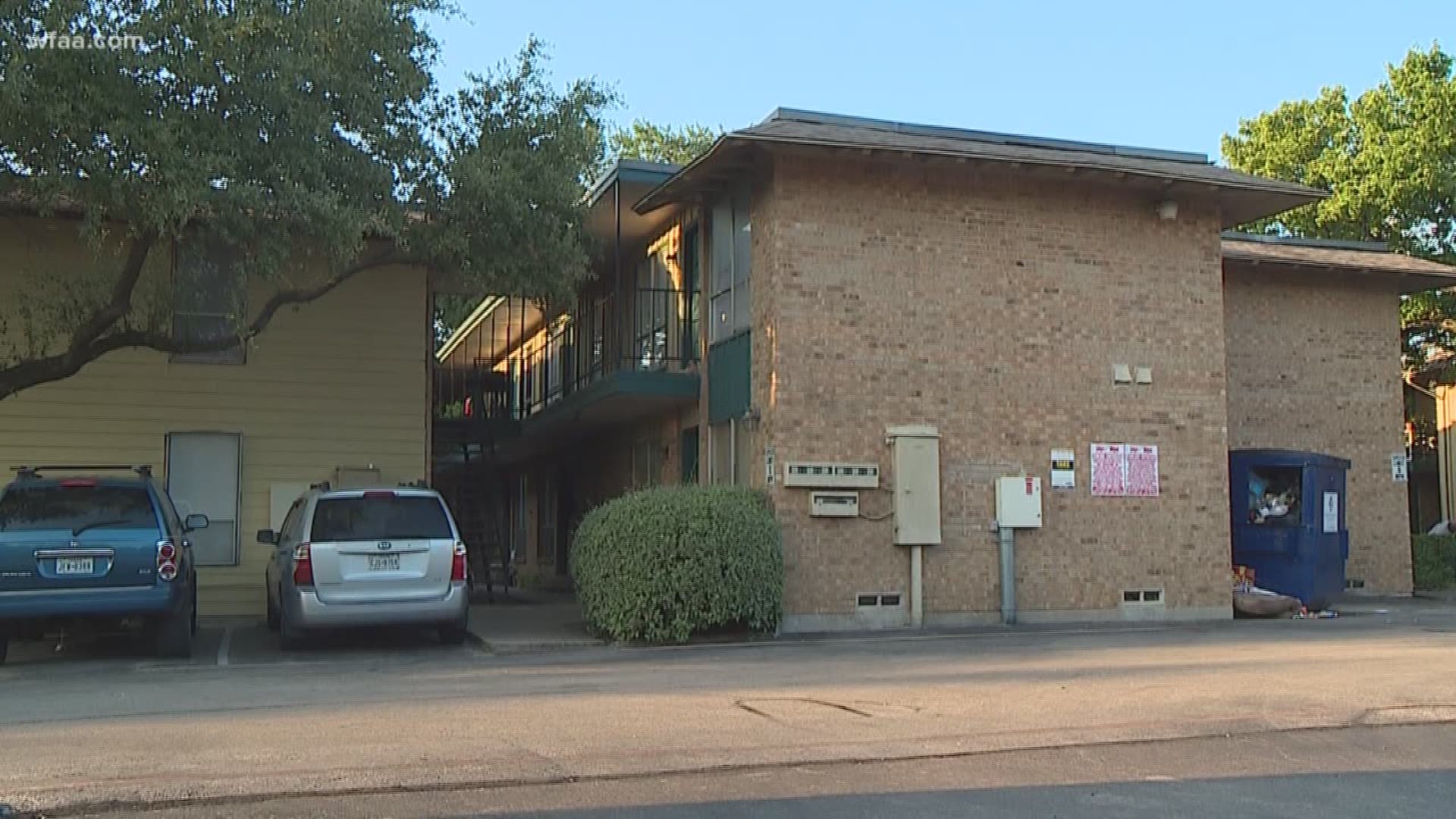 At 11:48 p.m. the call was upgraded to Priority 1 by a 911 call-taker based on new information coming in, however a minute later a dispatcher reversed course and sent the call back to Priority 2 status.

Five minutes later at 11:54 p.m., a dispatch sergeant changed the call back to the top priority, according to DPD.

The first call for help from Engine 56 on scene followed a minute later at 11:55 p.m.

The first DPD patrol officer arrived at the apartment at 12:04 a.m., 17 minutes after the original Priority 2 call came-in and full 10 minutes after the call was switched to the top priority call for a second time.

McDade says the female from the incident on Saturday night thanked firefighters five times for coming to her aid, even without police cover.

The new directive handed down on Monday night will prevent future interactions until police arrive. It's a move McDade says firefighters understand but one that goes every instinct of a first responder.

"Had those guys staged on Saturday night, there's a good chance that citizen would've been killed or hurt seriously," McDade said.