ROWLETT - The owners of a tornado damaged duplex torn down on Tuesday say the owners of the demolition company have apologized for the mistake.

ROWLETT - The owners of a tornado damaged duplex torn down on Tuesday say the owners of the demolition company have apologized for the mistake.

Lindsay Diaz owns one side of the duplex destroyed.

She says representatives with Billy L. Nabors Demolition met with her on Friday and said they are waiting on an insurance adjuster with the company to assess the damage.

The company responsible for tearing down the wrong tornado damaged duplex had a demolition permit for another duplex, according to records obtained by News 8.

The demolition permit for 7601 and 7603 Cousteau confirms that Billy L. Nabors Demolition erred in tearing down another duplex a block over on Calypso on Tuesday.

Nabors CEO George Gomez refused an on-camera interview but said the crew assigned to the project thought they tore the correct home down until they realized they made a mistake and added the situation is "not a big deal." 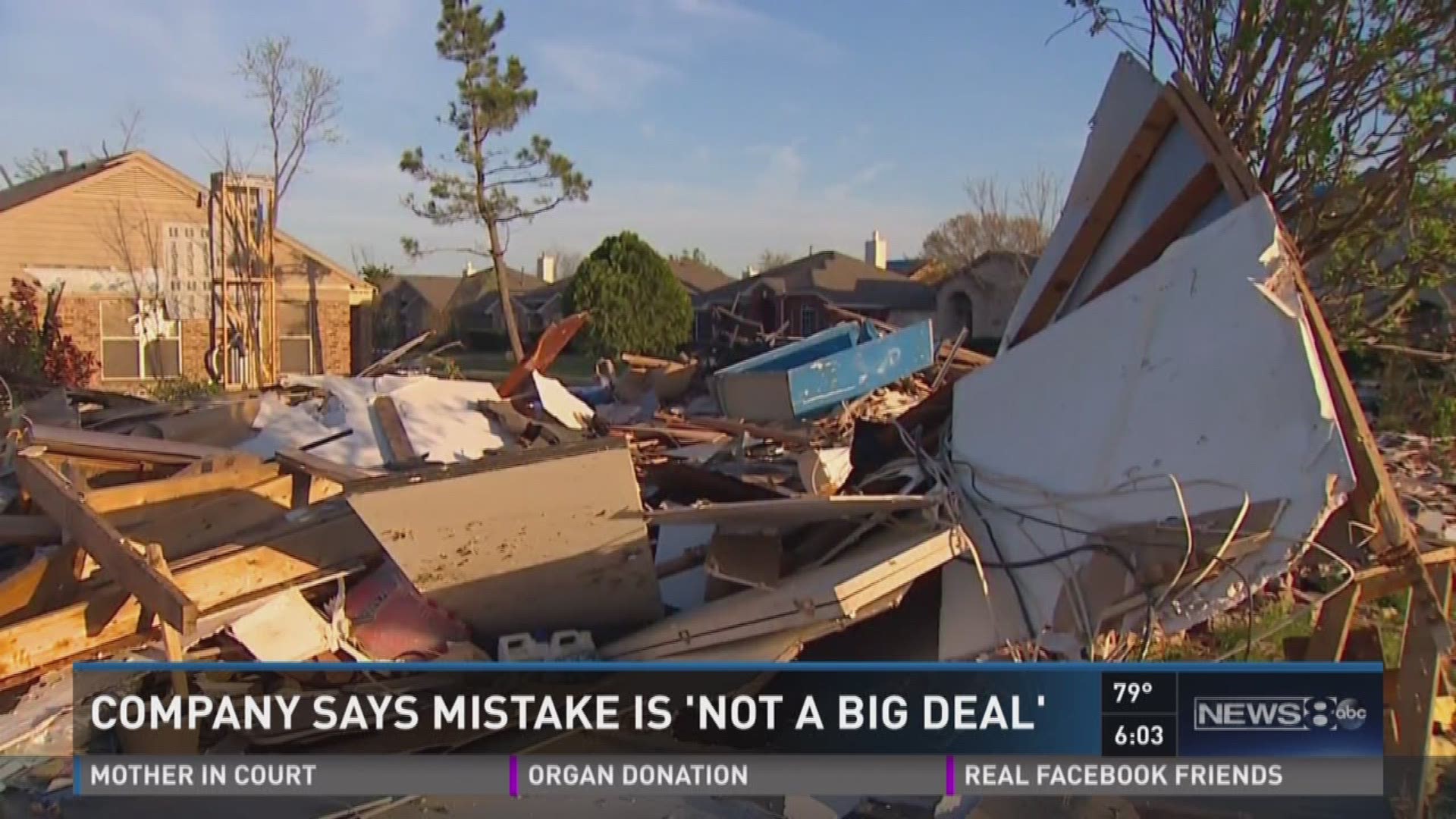 The city of Rowlett sees it differently.

"I think this is a huge deal," city manager Brian Funderburk said. "The homeowners were in the process of trying to figure out what it was going to take to repair their home and now they're looking at rebuilding it instead. I think this is a very big deal."

The owners Lindsay Diaz and Alan Cutter discovered their duplex leveled. Diaz filled out a police report to document the mistake.

Demolition companies are not licensed in the state of Texas, but all contractors are required to register with the city of Rowlett to work in tornado damaged areas.

Documents obtained by News 8 under an open records request show Billy L. Nabors Demolition registered with the city in January and at the time indicated the company had liability insurance.

Diaz said Wednesday she is waiting to hear back from the insurance carrier from Nabors for filing a claim.

"I feel farther away from moving into a home today than I did after the tornado hit," Diaz said.

Both owners of a duplex in Rowlett said they are shocked that a demolition company mistakenly tore down their homes on Tuesday.

Lindsay Diaz and Alan Cutter own both sides of the duplex, and were waiting on insurance and a possible FEMA individual assistance declaration to decide on repairs at 7601 and 7603 Calypso Drive.

Diaz said she received a frantic call from Cutter’s wife on Tuesday afternoon saying the duplex was gone. 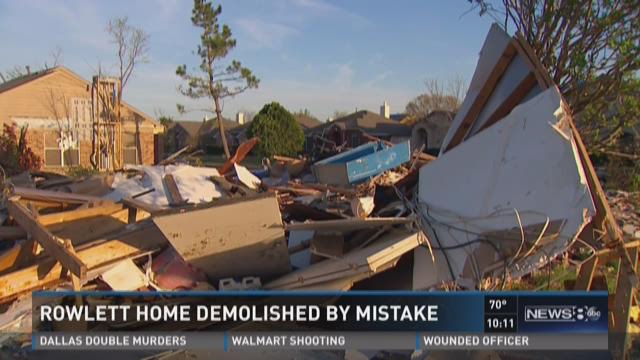 The demolition company, Billy L. Nabors Demolition of Seagoville, was supposed to tear down a home one block away at 7601 Cousteau Drive.

A representative from Nabors Demolition told WFAA it had no comment, and that the situation was under investigation.

“How do you make a mistake like this?" Diaz asked. " I mean, this is just the worst."

She and her young son survived the December 26 tornado by taking cover in the bathtub. At first they lived in a hotel; more recently they have been staying in a rented home.

“We were geared towards getting the house ready; we were ready,” Diaz said.

A demolition company mistakenly tore down a duplex in Rowlett at 7601 Calypso Drive on Tuesday. But the address of the intended work was a block away at 7601 Cousteau Drive.

The Nabors employee later texted photos from Google Maps that shows the arrow for 7601 Cousteau pointing at Diaz and Cutter’s duplex a block away.

No one from the demolition company would respond to repeated requests to clarify if the company demolished the wrong property on Tuesday.

Diaz and Cutter say it’s clear a mistake was made, right down to their foundation.

“That’s what their job is -- to wreck it in demo, and they really wrecked my life,” Diaz said.

She said she filled out an information report with Rowlett police to make sure the incident is properly documented. As of Tuesday evening, Diaz said no one from the company had apologized for the mistake.