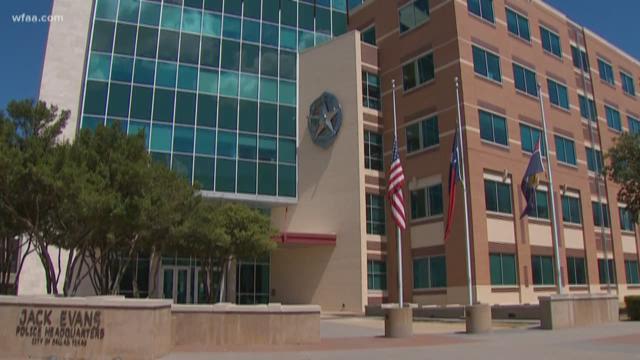 In order to become a sergeant at the Dallas Police Department, you have to be tested. Officers who score higher get promoted faster, and it's a tough exam.

That's why some officers who took the test in September paid money to prepare.

Some of them used a company called Rank and File Development Group. Their website shows they help officers prepare for supervisory exams.

What some of the officers may not have known is that the company is owned by Dallas Police Major Latoya Porter. WFAA confirmed that through public records.

Multiple sources said she was one of three high ranking officers who were allowed to look at the test and asset it before it was given. She had to sign a confidentiality clause prohibiting her from even speaking about the exam.

Sources said she is under investigation for charging officers hundreds of dollars for information that may have been privileged.

The question is -- did some of the officers score higher because they used Rank and File development and if they did, will the department toss out the exam and may everyone take it again?

Last week, WFAA reached out to Major Porter, but she did not return calls or text messages for comment.

Porter's attorney, Zach Horn, made a statement following the story's publication: "ANY Allegations that she was giving anyone answers or any kind of unfair advantage ARE categorically false."

In another statement released by Horn Monday, he said, "Rank and File Development Group, LLC, a business co-owned by Porter, primarily provided sergeant candidates with a holistic approach to public speaking as well as personal appearance coaching. The sessions included video recordings that show just that and are proof that no candidate was given an unfair advantage in the assessment process."

"Major Porter has turned over course documents and videos as she continues to cooperate with the department’s investigation," the statement added. "The Internal Affairs Division has not presented Major Porter with any allegations of misconduct and none are warranted."