Tear gas, mounted patrol, and officers in riot gear are all ready for Donald Trump’s visit to Dallas. 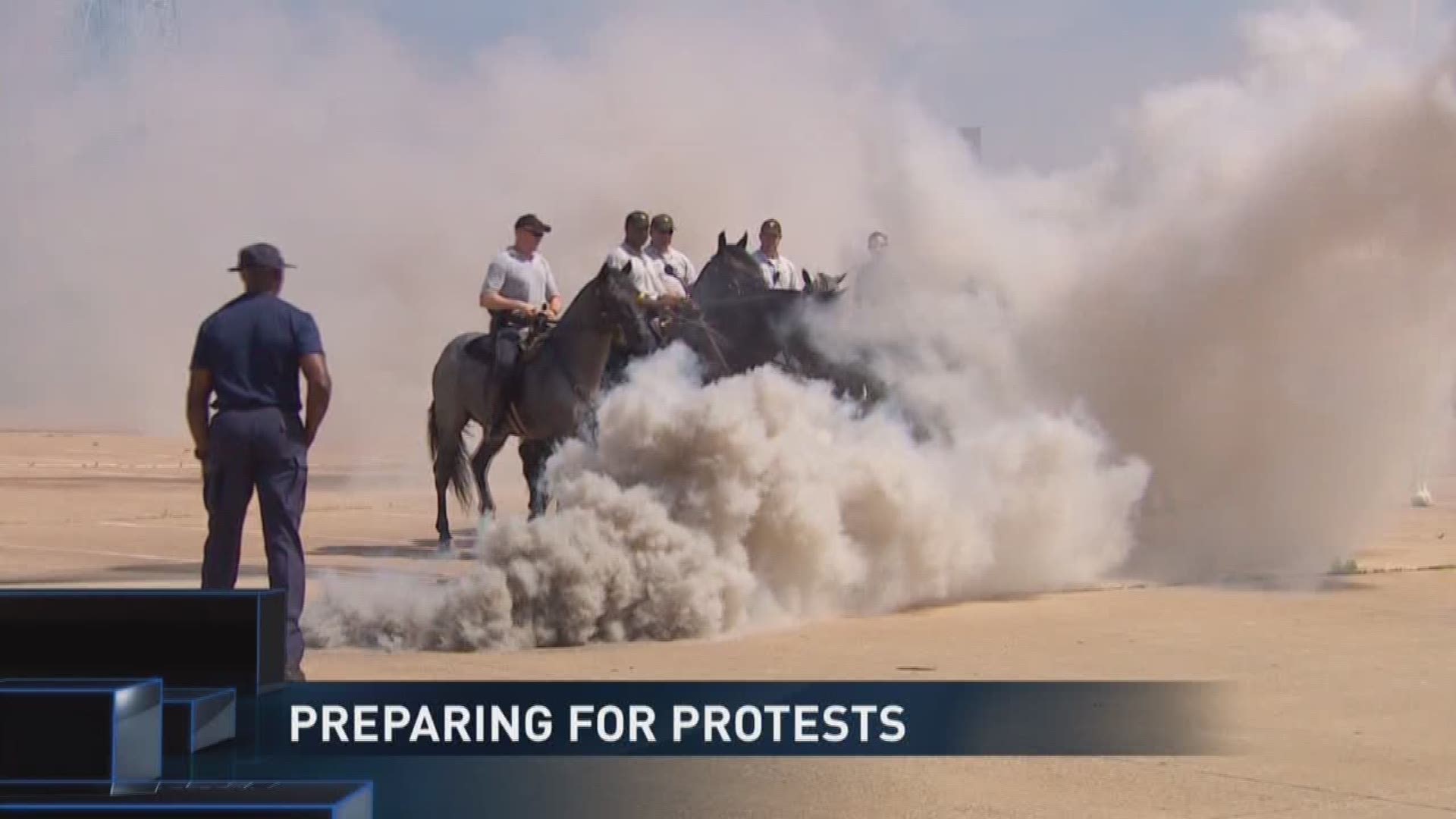 DALLAS — Tear gas, mounted patrol, and officers in riot gear are all ready for Donald Trump’s visit to Dallas.

"We are in an election year," he said Wednesday, the day before Trump's scheduled rally at Gilley's Dallas. "You can see across the nation other jurisdictions have had incidents. So it was an opportunity for us to prepare as we move into election year and re-certify some of our officers."

Dallas police have assigned hundreds of officers that have been moved from patrol and other divisions for the special assignment.

Dallas police are making sure the officers are trained and fully equipped with gas masks, riot gear, and pepperball guns in case things turn violent.

"One of the things we did today is we had the quartermaster with us and we want to make sure if someone has equipment that has expired that we change it out and anybody that needs to be refitted and replace broken equipment," Cotner said.

"The smoke simulates tear gas in that scenario, and yes it could be smoke," Cotner said. "Mounted patrol wanted it to be part of the training today to allow the animals a chance to experience it."

Domingo Garcia and other Latino leaders are planning a protest that they say will bring in thousands of people who are angry with Trump's rhetoric.

Dallas police will have hundreds of officers on the front lines but are prepared to bring in other patrol officers if necessary. Those officers didn't receive this type of training but were sent Power Point presentations and videos to refresh what they're supposed to do.

DPD says they want to make sure people get the opportunity to exercise their freedom of speech but if people break the law or incite violence they will be arrested and officers will take action.