In January, the City of Dallas warned rental bike companies to remove stray bikes blocking right of ways within the city or crews would collect them. Now, the city is softening its tune. 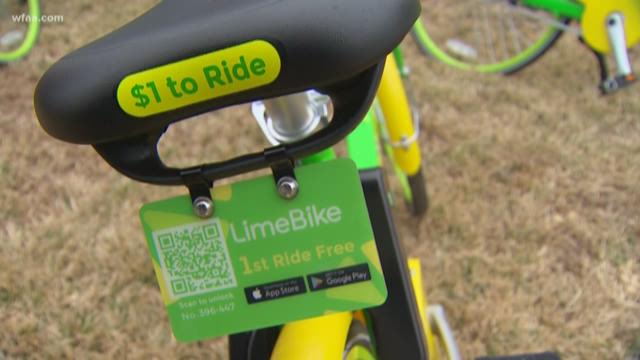 Transportation officials with the City of Dallas said Thursday that crews won’t immediately start collecting stray rental bikes throughout the city at the end of the week.

Broadnax asked the companies to clean up bikes blocking right of ways, sidewalks, trails, and trailheads or the city would start collecting them.

According to officials, the bikes would be housed in storage until companies could come retrieve them.

Broadnax told the bike share companies that crews would start picking up bikes on Feb. 9, which is Friday, if they didn’t get their act together.

The letter came after 311 complaints about stray bikes skyrocketed. Scroll to the bottom of this story for an infographic breaking down complaint numbers.

The number of complaints from December to January took a major jump, growing by 248 percent.

But Jared White, the Manager of Alternative Transportation for the city, said that dump trucks wouldn’t be mobilizing and grabbing bikes at will on Friday.

Instead, White told WFAA that bike share companies will be informed where the most 311 complaints have been made since September. If those hot spots don’t get cleaned up immediately, White said the city will move to those areas and start collecting stray bikes.

So far, White said that the Oak Lawn area, Turtle Creek, and White Rock Lake are where his department is seeing the most complaints.

His office is even keeping track of which vendors get the most complaints. That information, as of Wednesday this week, is below.

The City of Dallas has yet to adopt any regulations surrounding bike sharing.

White said that the city is now starting to meet with bike share companies on a weekly basis to discuss potential regulations.

On Feb. 26, White said that council members will be briefed on the pros and cons of bike sharing.

He adds that regulation options will be discussed too and that his staff will also make recommendations on what direction the city should take.

According to White, discussions will likely center around parking areas for rental bikes and/or putting a cap on the number of bike vendors allowed in the city. 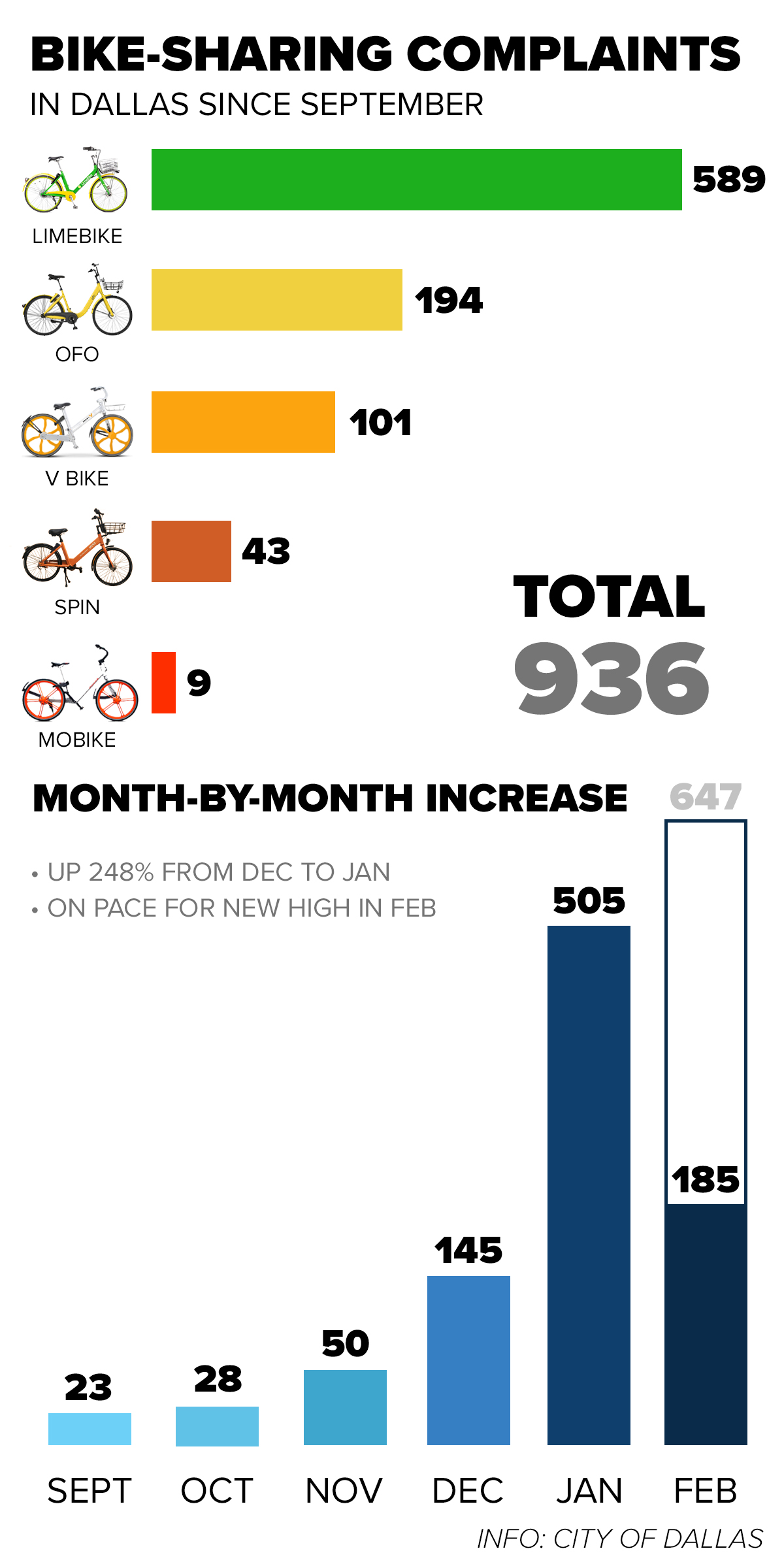