Doctors ran tests and determined he had a rare form of cancer that's usually found in young children. 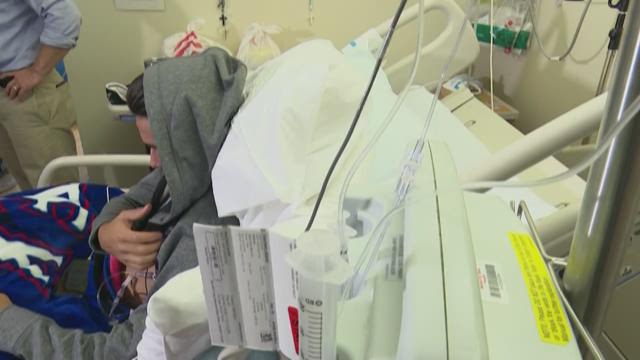 One month ago, 15-year-old Adam Salinas of Irving was busy with baseball work and friends. He never imagined he'd be in a hospital bed later that same summer.

Salinas says he started to feel a pain in his side three months ago. Doctors initially thought it was muscle soreness.

Last week, the pain was so severe that Salinas ended up in the emergency room. Doctors ran tests and determined there was a growth on his lung. It was cancer, Stage 4 Neuroblastoma, a rare form of cancer that's usually found in young children.

It's been less than two weeks since his diagnosis and in that time, the community has rallied around the Nimitz High School student.

The hashtag #teamadam is drawing support from around Irving, and a GoFundme page in his name has raised more $7,000 for his treatment.

"I'm just going one day at a time. I'm not really thinking about what happened or what's going to happen," Adam said.

And as he fights for his life, his mom has a message for parents watching.

"If you don't get an answer and they right it off as something simple, and it continues to happen, dig, you are your child's greatest advocate," she said.

A fight he's eager to put behind him, so he can get back on the baseball field.