City of Dallas responds to drivers concerns about dangerous intersection

Neighbors say 18-wheelers and large trucks making a right hand turn from S. Hampton onto Danieldale are cutting it way too close to vehicles waiting in the left turn lane. 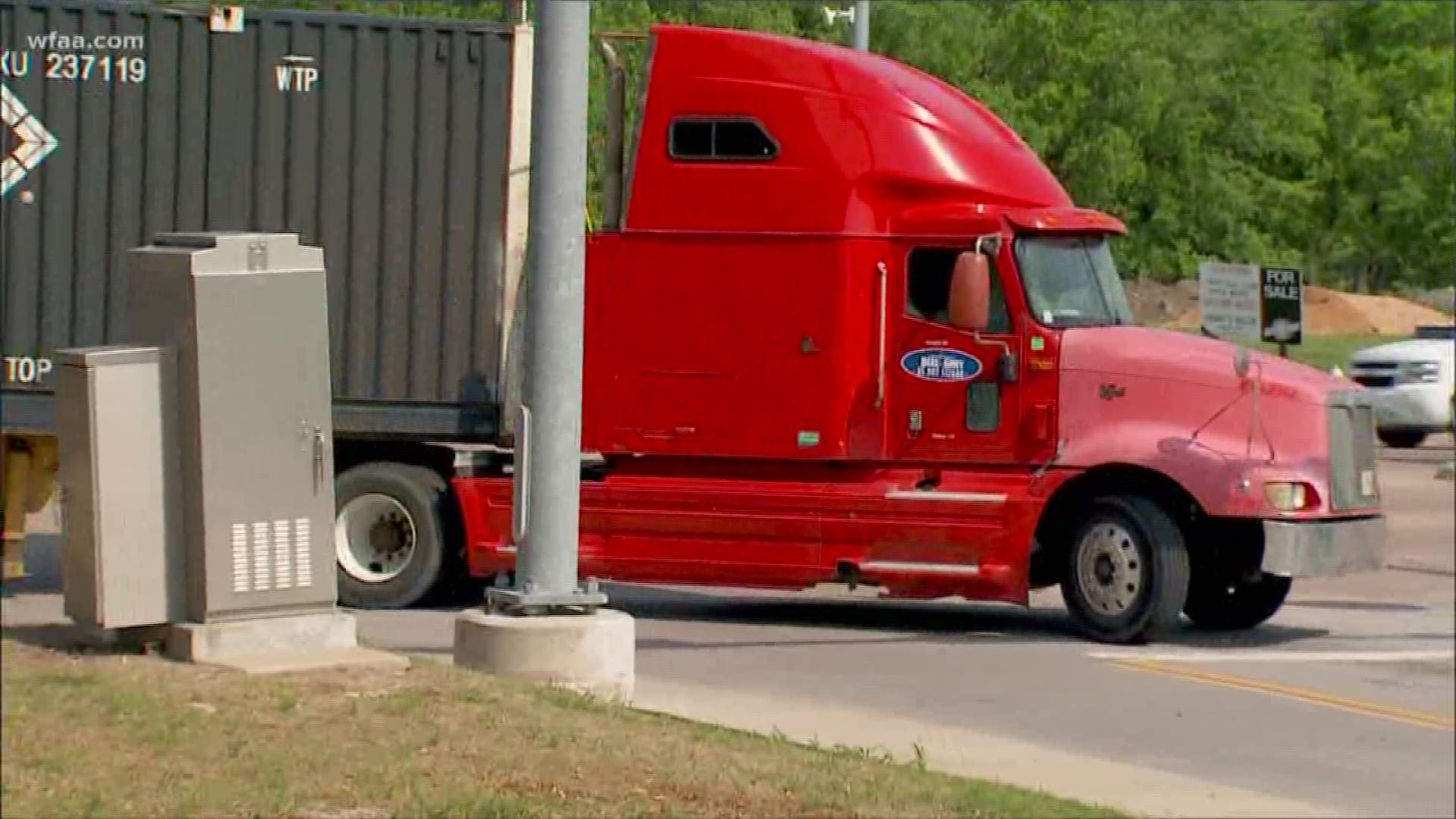 DALLAS – Traffic engineers with the City of Dallas’ Transportation Department are expected to take a closer look at traffic in Southern Dallas, at an area some drivers are calling a dangerous intersection.

Some motorists say semi trucks do not have enough room to turn at the intersection of South Hampton and Danieldale Road.

Neighbors say 18-wheelers and large trucks making a right hand turn from S. Hampton onto Danieldale are cutting it way too close to vehicles waiting in the left turn lane.

Clark began taking video of the problem after a big rig nearly clipped her car. There have already been accidents at the corner. The crosswalk post is damaged and leaning.

Tom Elam and his wife also witnessed problems with trucks turning at the intersection.

”You have to back up,” Elam explained. “You have to get out of that 18-wheelers way, because there's no way that he has to room to make that turn.”

Clark says, initially, she was getting the run around trying to report the issue. She says the workers from the City of DeSoto sent her to Dallas County. The county’s Public Works staff confirmed the area holds a City of Dallas address.

"We would just anticipate there will be more and more problems here," Elam said.

Neighbors say there are a number of distribution centers opening in the area along Danieldale Road. They're concerned those companies will only increase the volume of 18-wheeler traffic in that area.

Late Friday afternoon, a spokesperson from the City of Dallas issued a statement.

“Traffic engineers are evaluating the intersection to identify mitigation measures by next week," the transportation team said.

”We all pay our taxes and we can expect better than that,” Clark commented.

Neighbors say their concern is all about public safety.