They were meant to provide an alternate method for residents to get around town but many have complained to the city about the eyesore they've created instead. Around 500 complaints have been filed with 311. 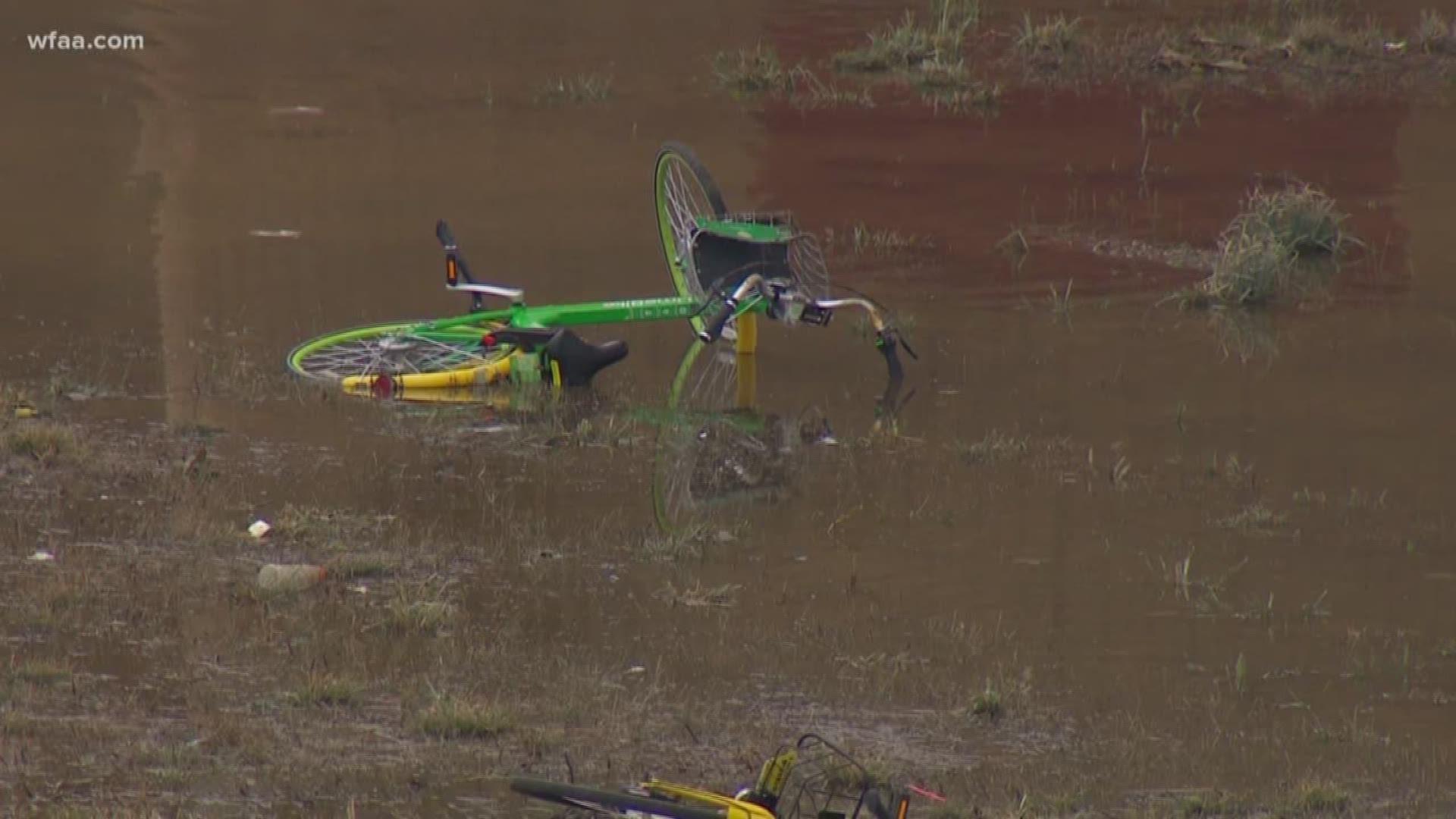 The City of Dallas is taking action against bike share companies across the town and warning them if they don't clean up the eyesore their bikes leave, they'll have no choice but to take control.

City Manager T.C. Broadnax sent a letter to LimeBike, Ofo, VBikes, Spin and Mobike on Thursday giving them until Feb. 9 to take action.

"I have sent letters to all dockless bike share companies reminding them of the operational expectations such as, authorized locations for bikes and ensuring that the City’s right of ways, sidewalks, trails and/or trailheads are clear of obstructions and hazards," the letter states.

These bikes have shown up in yards, parked in the middle of sidewalks and even halfway underwater in the Trinity River -- it's hard to ignore the bright green, yellow and orange bikes scattered throughout Dallas.

They were meant to provide an alternate method for residents to get around town but many have complained to the city about the eyesore they've created instead. Around 500 complaints have been filed with 311 since September 2017.

Perhaps your team could take some of those bikes away on their ‘daily’ rounds to the Trail. We have an average of 13 total bikes ridden each hour so there will never be a need for your 100+ @limebike on our Trail. We’ve asked nicely several times. Let’s keep Dallas beautiful! https://t.co/7yDQgcayQY

Ofo bikes issued the following statement to WFAA in response:

"We will continue to work closely with City officials to build the best bikesharing program for Dallas, educate riders on how and where to properly park, and remain pat of the solution with our professionally trained local operations team."

"We applaud and respect Dallas for welcoming innovative, technology-based transportation, paving the way as a leader for other cities to follow. We welcome the letter as an opportunity to examine both the successes and the challenges of dockless bike-share experiencing such rapid growth.

By doubling down on our operations efforts and enhancing our rider education on responsible parking habits, we strive to provide an affordable, accessible ride option, while also ensuring bikes are always maintained and parked responsibly. With more than 50 employees already managing our bikeshare system, we plan to double this number to 100 by the end of next month as we continue to scale our local operations team as fast as possible."

WFAA learned that LimeBike has around 10,000 bikes across Dallas and that their best day of ridership was 5,000.

"They see Dallas as a very big virgin market—people want to have bikes and so all these companies are loading their bikes in," he said. "The key is to be a first mover in anything in an industry -- if you can be the first mover and have the biggest market share you can squeeze the other guys out."

Regulations have yet to be settled on or passed by the City of Dallas. Mayor Rawlings says that regulations could be passed as early as February.

If bikes aren't removed by companies by the end of the day, they can be impounded by town services. Companies would then have to pay up to $100 per bike to get them back.

Officials say that 20 bikes have been impounded since the ordinance started being enforced.

Read the letter sent to bike share companies below: