8 years to build, 15 minutes to tear down: Community helps clean up black-owned boutique in Dallas

Guns & Roses Boutique in Downtown Dallas was closed during COVID-19, and looted during riots. Dozens gathered to help the owner recover. 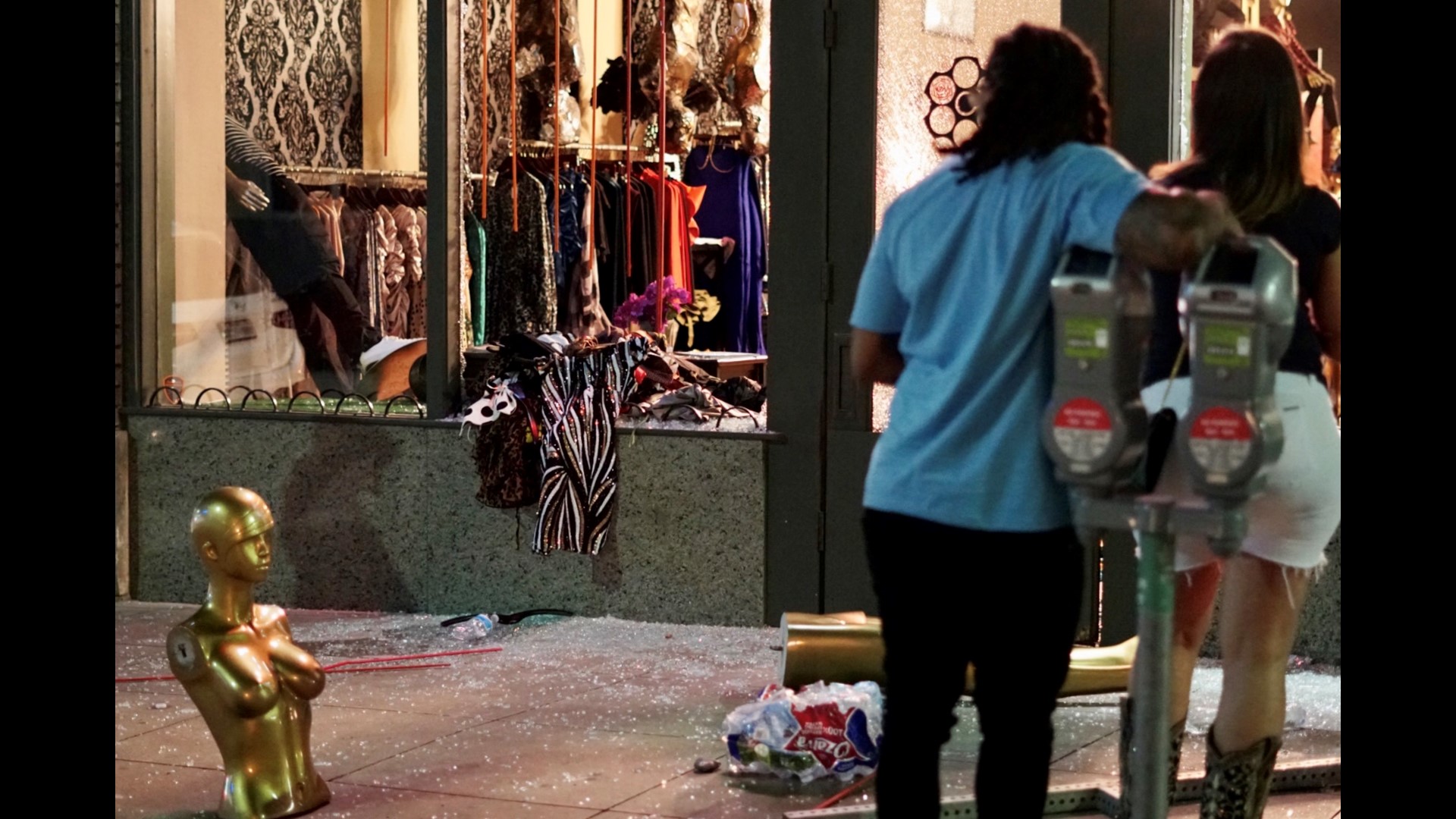 DALLAS — On Wednesday, Princess Pope pulled up to Guns & Roses Boutique in Downtown Dallas to find dozens of people waiting outside her store. They were there to help her clean up.

"I am so grateful for the support," said Pope.

She founded her business eight years ago. It took years to build, and only minutes to tear down.

"They had taken everything," she said. "95% of our clothing were taken. Things were taken. Mannequins were down the street. The list just goes on."

Her plan was to reopen on June 2 after being closed due to the COVID-19 pandemic, but opening day is now even more delayed .

Since her store was looted, she has received overwhelming support. More than $120,000 has been raised on GoFundMe to help her recover.

The Dallas Black Chamber of Commerce decided to host a community clean-up for Pope on Wednesday. Employees from The Statler Dallas and Vista Bank came to help sweep up broken glass. Her family, friends, strangers and supporters showed up as well.

Harrison Blair with DBCC said, "We understand why people are angry. We can't bring back George Floyd, but what we can do as black business advocates is we can help restore businesses."

Pope said, "As a black woman, as the only black retail business here in Downtown Dallas, it saddens me that this happened to my business, but this is bigger than me. We are fighting for police brutality on black lives, and that is a problem."

Pope supports the protesters, but not the looters.

She said, "I stand with what we are fighting for."

She is unsure how long it will take to rebuild her business, but she assures it will be back stronger than before.