1 teen ejected, 2 others pulled from SUV by Jaws of Life in Oak Cliff crash

Authorities say three Dallas ISD teens were skipping class when the vehicle they were inside crashed into a utility pole. 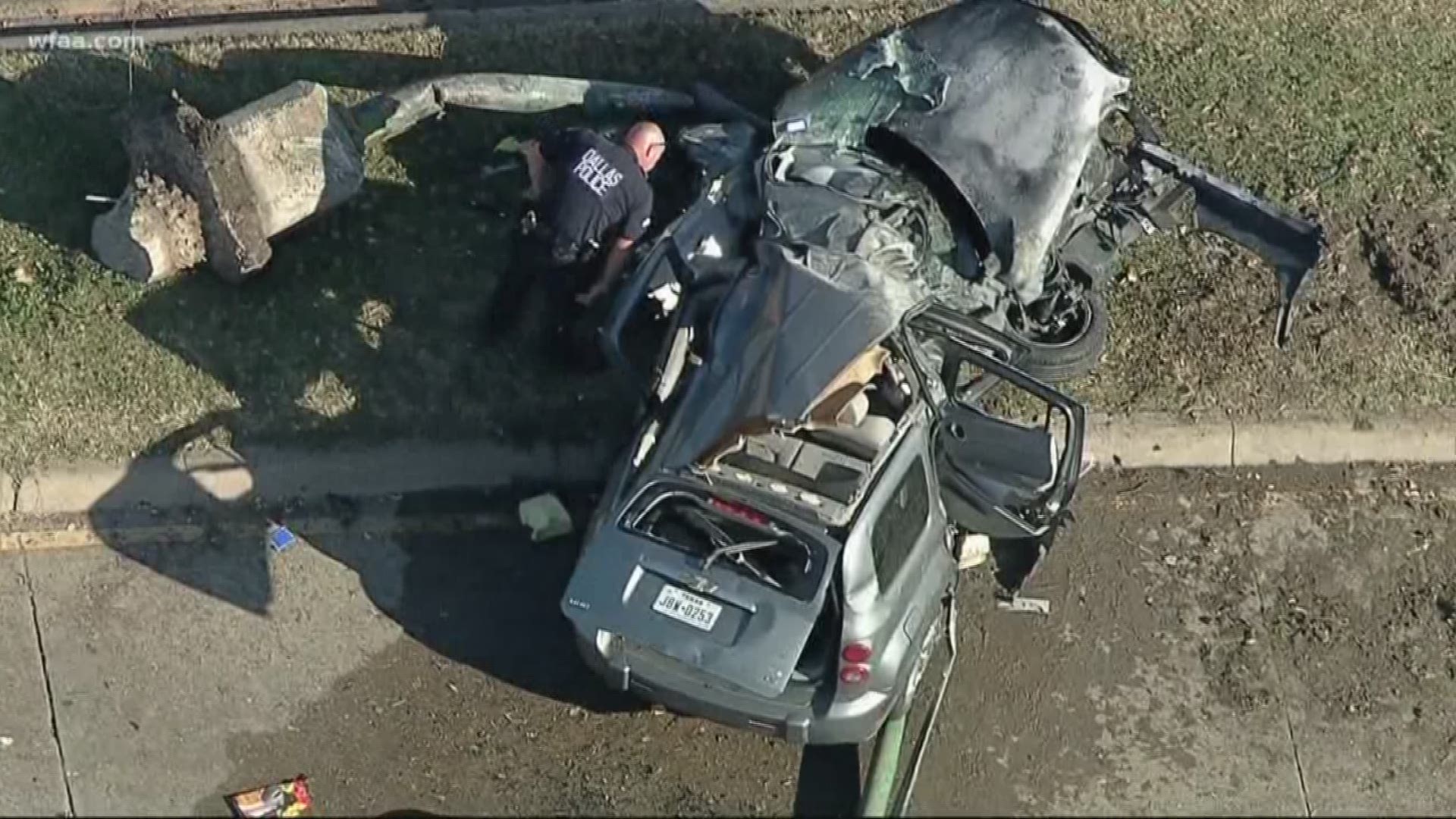 According to police, the teens were traveling at a high rate of speed when the SUV struck a dip, sending the vehicle out of control and into a utility police, which was pulled from the ground and launched several feet from its original location.

A 17-year-old male passenger was ejected from the SUV, according to Warren Mitchell, a spokesman with Dallas police. Two females, both 16, were pulled from the vehicle by the Jaws of Life.

While the male passenger owned the SUV, one of the females was behind the wheel at the time of the crash, Mitchell said.

All three teens were transported to Methodist Dallas Medical Center in unknown condition.

The identities of the victims haven't been released, but Mitchell said they are students at a Dallas Independent School District school and were skipping class at the time of the crash.