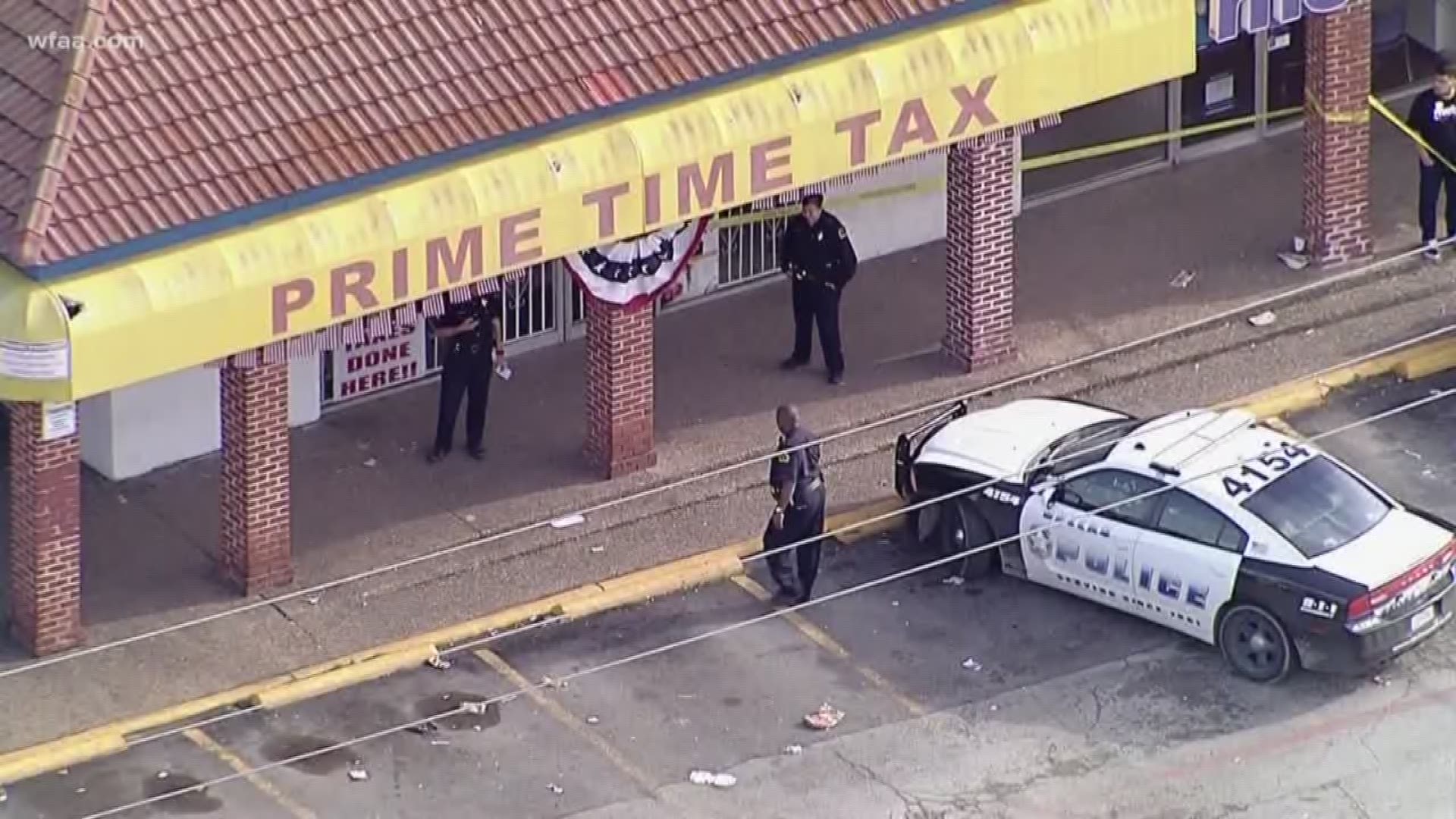 DALLAS — One person has been shot dead and two others are injured following a shooting at a convenience store in the 11700 block of Ferguson Road, Dallas Police said.

Officers were called to the location in northeast Dallas around 2:45 p.m., police said. Upon arrival, officers found three people, all shot. Babers died on the way to the hospital, police said.

Police said the three gunshot victims were standing in front of the convenience store when a man walked up and started shooting at them. He was seen leaving in a black vehicle.

Police said the gunman is possibly Hispanic, but they don't know the make or model of the car he was driving.

One eyewitness told WFAA that a car pulled into a parking lot and started shooting at multiple people standing outside of a convenience store.

This is an ongoing investigation and nothing else is known at this time.

This is a breaking news story; check back for updates.