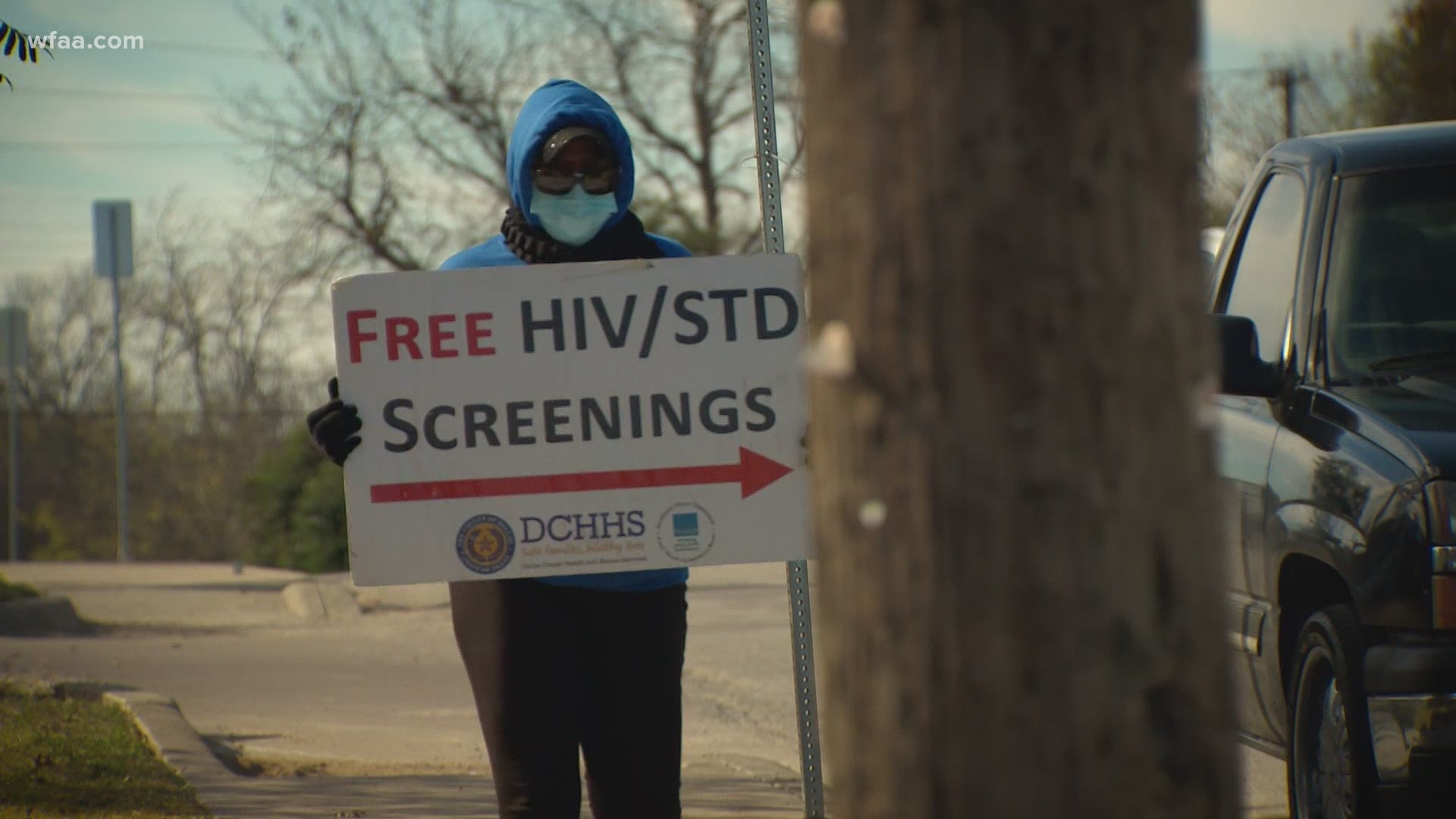 DALLAS — Workers with Dallas County Health and Human Services are dealing with more than one public health issue right now. While attention and services around the local response to COVID-19 is high, the increasing rate of HIV infection also remains a concern.

"75216 is an area where we are faced with poverty, low income, and lack of access to care," said Monica Tunstle Garret, a Field Operations Manager in the STD and HIV clinic for DCHHS.

On Monday, the DCHHS took a team and its mobile testing unit to a community in the Oak Cliff area that is in one of the zip codes leading the county in STD and HIV infections.

"We're out here to test as many people as we possibly can for free,” said Tunstle-Garrett.

Data shows about 18,000 people in Dallas County are living with AIDS. Healthcare advocates say many residents don’t know their status.

“I think the biggest challenge is, maybe, education. Maybe the thought that, oh, I can get it,” said Tunstle-Garrett.

"PrEP is putting yourself on medication, so that you don't become HIV infected,” said Dr. Joann Schulte, deputy health authority and medical director at DCHHS.

Data shows early detection and medicine are helping people live long and productive lives, according to Dr. Schulte. However, the increasing rate of HIV infection among some vulnerable groups across the county is troubling.

"Adolescents and young people in their 20s are areas of concern," said Dr. Schulte.

"The most important thing to know is that if you don't test you know know,” said Tunstle-Garrett.

For more information about HIV testing and other clinical services, you can visit https://www.dallascounty.org/departments/dchhs/std-clinics.php.