The owners of Redfield's Tavern say the new mural is their way of letting medical professionals know the community supports them. 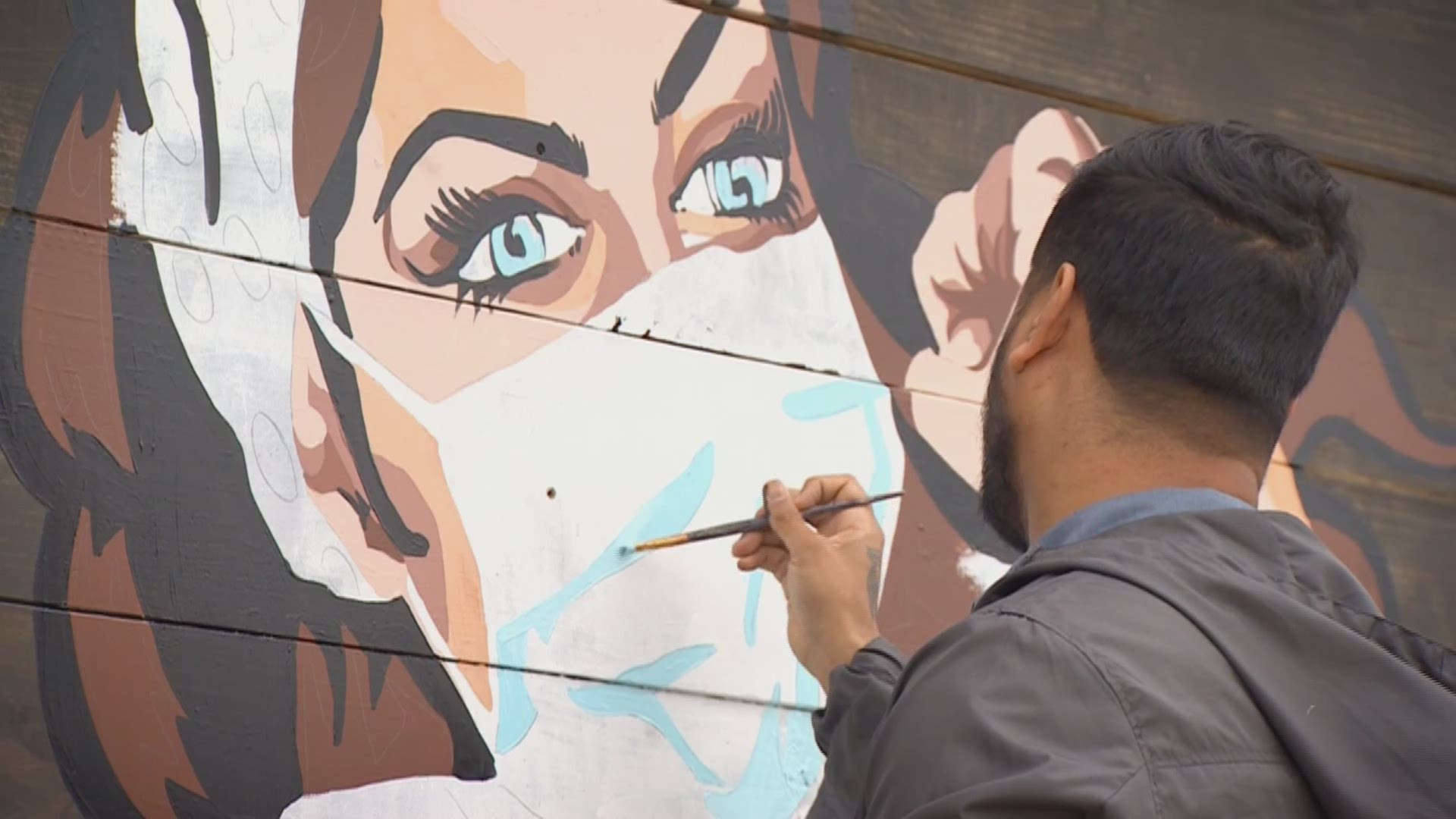 DALLAS — A business in Dallas’ Southwest Medical District wants health care workers to know they are valued and appreciated.

The owners of Redfield’s Tavern Medical District commissioned an artist to paint a large mural on the side of it’s building facing Butler Street.

Local artist Miguel Barajas was on a step ladder with a brush in his hand Thursday. A trunk filled with paints was open nearby, as he mixed colors to bring the idea to life.

"It reminds me of the old World War II posters,” Barajas said.

The artist is creating a statement.

"Nurses and doctors are putting everything on the line,” Barajas explained. “Just so we can have a future.”

The mural has a significant meaning. Redfield’s Tavern Owner Joe Tillotson said he and his partners commissioned the mural, as a way to honor health care workers on the front lines of the coronavirus pandemic.

The mural was inspired by the iconic cultural image of Rosie the Riveter. The project outside Redfield’s Tavern celebrates the likeness by portraying the image of a nurse as hero.

Tillotson said, “While that’s this image, it really extends to everybody that’s on the front lines and works in the hospitals these days.”

The tavern is neighbor to Parkland Hospital and UT-Southwestern Medical campuses. Like many businesses across the City of Dallas, local social gathering restrictions mean not as many customers are coming by.

Tillotson explained, "A big portion of our business is people that either work in the hospitals, or facilitate the hospitals in one way or another, and also live in the neighborhood.”

The staff hopes the mural serves as a message that the community is thinking about those professionals who are taking time to serve others.

"We’re going to get through this,” Tillotson said.

More Reasons to Smile on WFAA: