'We just understand it better': Dallas 5th graders rap their way through math

How many parents have kids who don't like math? That's not a problem for students in a Dallas elementary school class who have someone teaching them in a unique way. 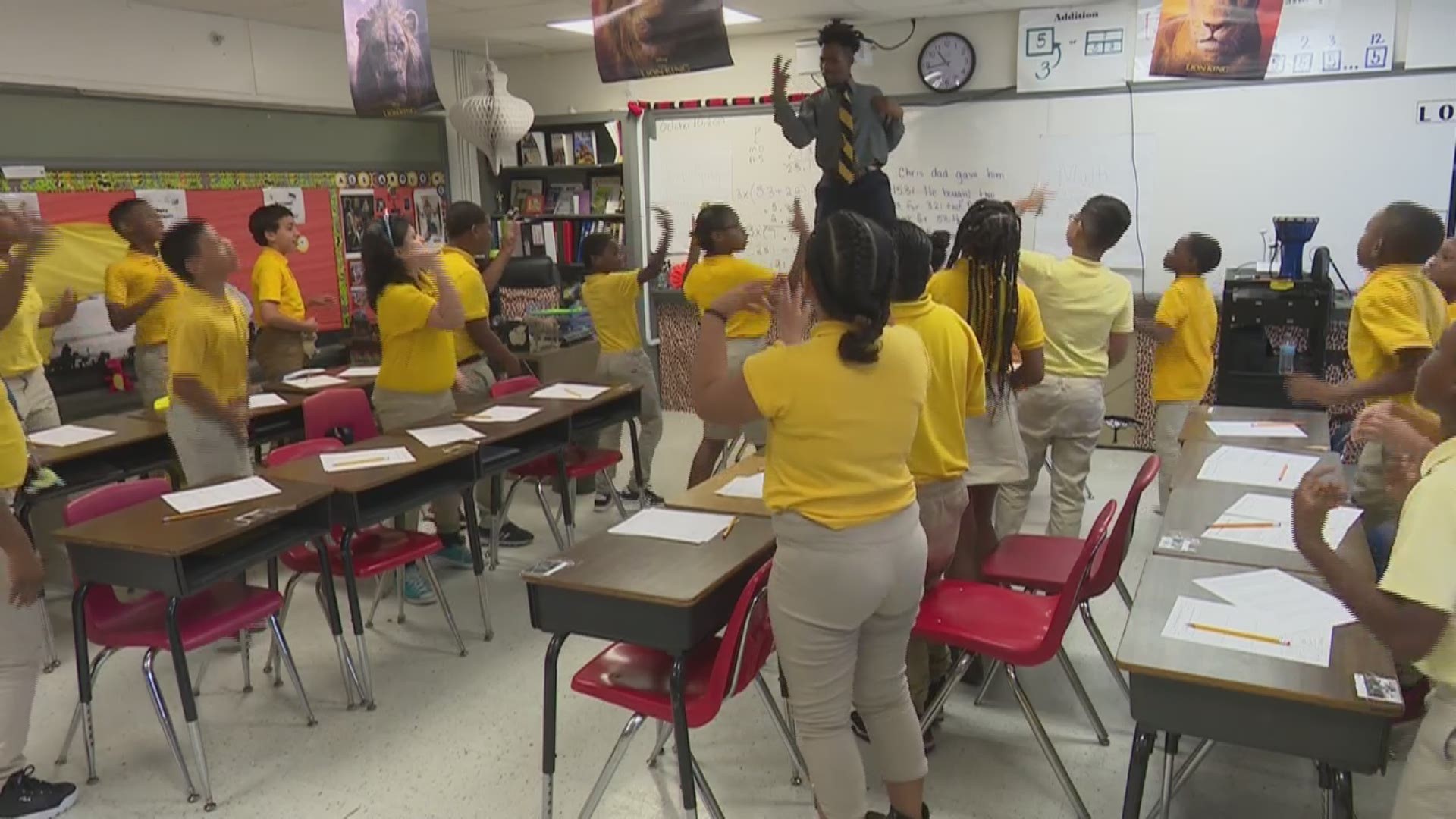 DALLAS — How many parents have kids who don't like doing math?

That's not a problem for students in one Dallas elementary classroom where students learn math through rap.

Colby Lewis is a teacher assistant at George W. Truett Elementary School, where he uses raps and songs to explain certain math methods and skills.

"I knew that when I got in the classroom, I didn't want to be a regular teacher," Lewis said. "I knew I wanted to touch the students in a creative way. I wanted students to actually be able to love school because I always hear, 'I don't want to go to school. I don't like school.'"

Lewis figures out what songs and what types of music the students like for his lesson plans.

"I feel like if you build that relationship with the students, they'll do whatever you need them to do," he said.

Based on the district's common assessment test, 32 percent of the students in Lewis' math class scored above grade level, with the entire class testing at a "B" level.

"The students just want to do well for Mr. Lewis. They're enthused and they're motivated," Henry said.

Lewis may be taking a "new school" approach to teaching, but it's something that's working," said Dionna Barilla, the math instructional coach who works with about 35 teachers.

She often stops by Lewis' classroom to see what he's up to.

"He teaches how he would want to be taught. He knows his students, he knows the culture, he knows what helps them learn, and so he uses that to hook them in," Barilla said.

Lewis said some of his kids need a little extra motivation in the classroom. He struggled in some classes when he was a student.

He wants to show his students how important education is.

Lewis says he's not just focused on the grades. He wants his students to know someone cares about them.

"Fifteen years from now, I hope one of them comes to me and says, 'Mr. Lewis. I remember you. I still remember this song,'" he said. "I try to show them each and every day I'm here for them."

Lewis started as a substitute teacher last year and is working on his full-time teacher certification. He originally wanted to be a lawyer but changed his mind after working with youth at his church. He hopes to one day open up his own school in Dallas.