Dallas police officers are working to tackle illegal street racing that is still happening in spite of shelter in place orders. 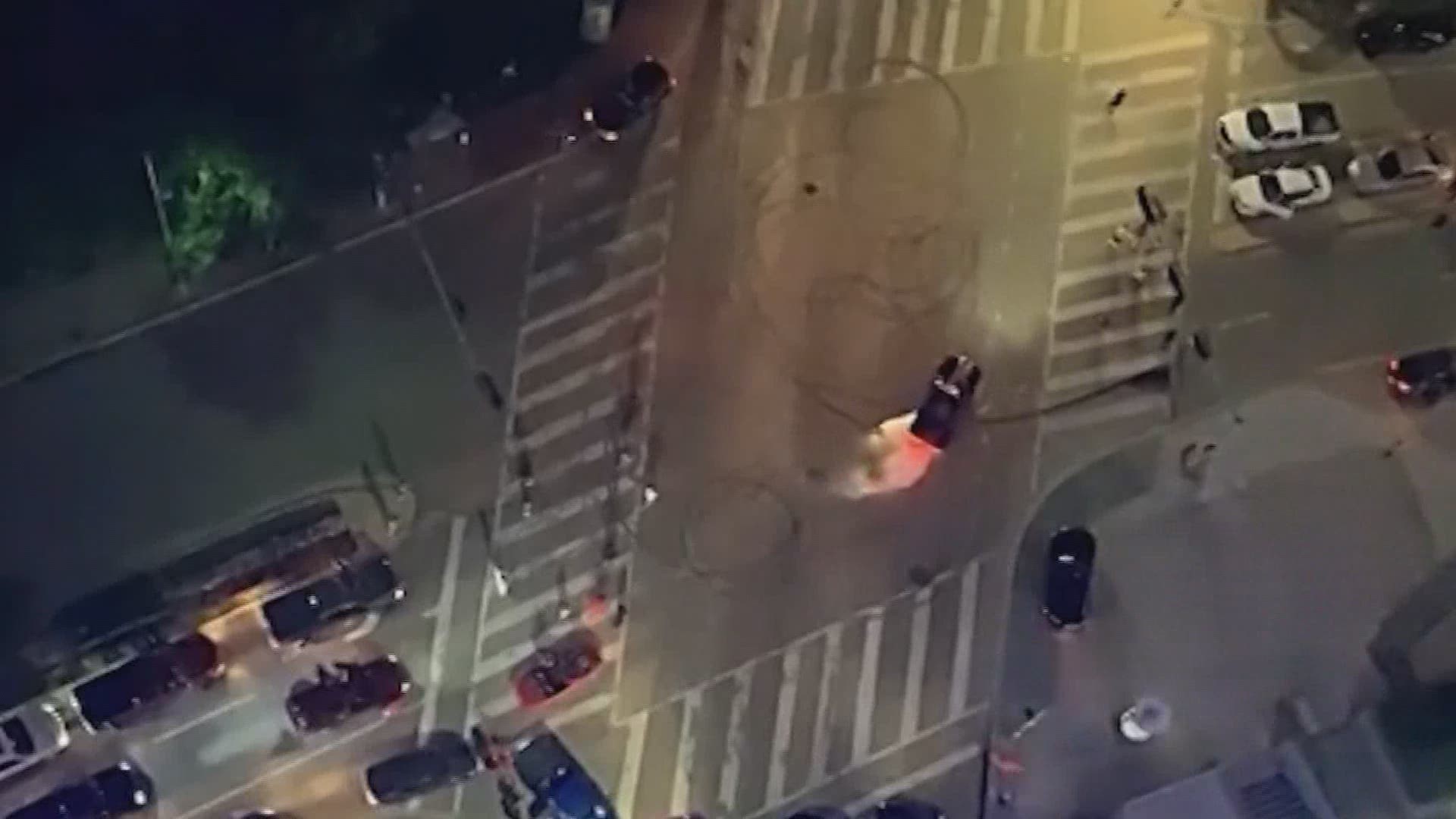 DALLAS — Illegal street racing and stunt shows continue to be a problem across the city of Dallas. Public health restrictions around COVID-19 aren't stopping crowds from gathering to watch or participating in the illegal activity.

Since stay at home orders were put into effect in the city of Dallas on March 12th, Dallas police records show officers have responded to more than 1,800 service requests about illegal racing and speeding.

Jeff Auvenshine was heading home from a grocery run on Sunday when he got stuck in traffic around the intersection of Skillman and Live Oak streets.

Witnesses said dozens of cars were packing the residential area for an illegal street racing and stunt show. Cars were performing donuts, speeding through red lights and drawing cheers from the crowd.

”I honestly was terrified that I was going to be stuck in a situation that I had no way of getting out of," Auvenshine said.

The spectacle drew a huge crowd during a pandemic. Hardly anyone on video appeared to be wearing masks or using physical distancing recommendations.

"The whole intersection was just ringing with people standing on the side, yelling, sitting in cars, and hanging out their windows," Auvenshine said.

The Dallas Police Department also received complaints about street racing in other areas of the city over the weekend, including Victory Park, Cole Avenue and Lemmon Avenue, I-35 and Royal Lane, and the 9100 block of Southlink Drive. Investigators say one person died from a racing-related incident over the weekend.

Officers are aware of the problem. The chief said the department is proactively working to address street racing through different strategies.

"We have a street racing task force that we’ve had for 2 years. But the challenge is we are seeing an increase in the number of individuals coming in, and they are not all one group," Hall said.

Dallas police data shows officers remain busy issuing street racing and speeding citations. Over the weekend, across the city of Dallas, police issued 224 citations, made 115 traffic stops, logged 114 calls about illegal racing and speeding, made two felony arrests and seized 20 grams of marijuana. Reports show 24 of those citations were during the incident at Skillman and Live Oak streets.

A viewer shared this video, from April 12, of street racing on Twitter:

"We are working alongside city attorneys and City Hall to craft an ordinance that would target those individuals that are bystanders, who are actually watching. That is set to go to committee on May 11th. So our goal is to address that," Hall said.

Hall encourages neighbors who see street racing events to continue to report them. She says officers are monitoring the activity by way of technology, Dallas police's Fusion Center and other strategies.

Auvenshine believes addressing the nuisance should be top of mind before another person is hurt or killed.