John and Donna Sweeney have a unique, charitable way of keeping their spark as a couple alive, by volunteering every year during the holidays. 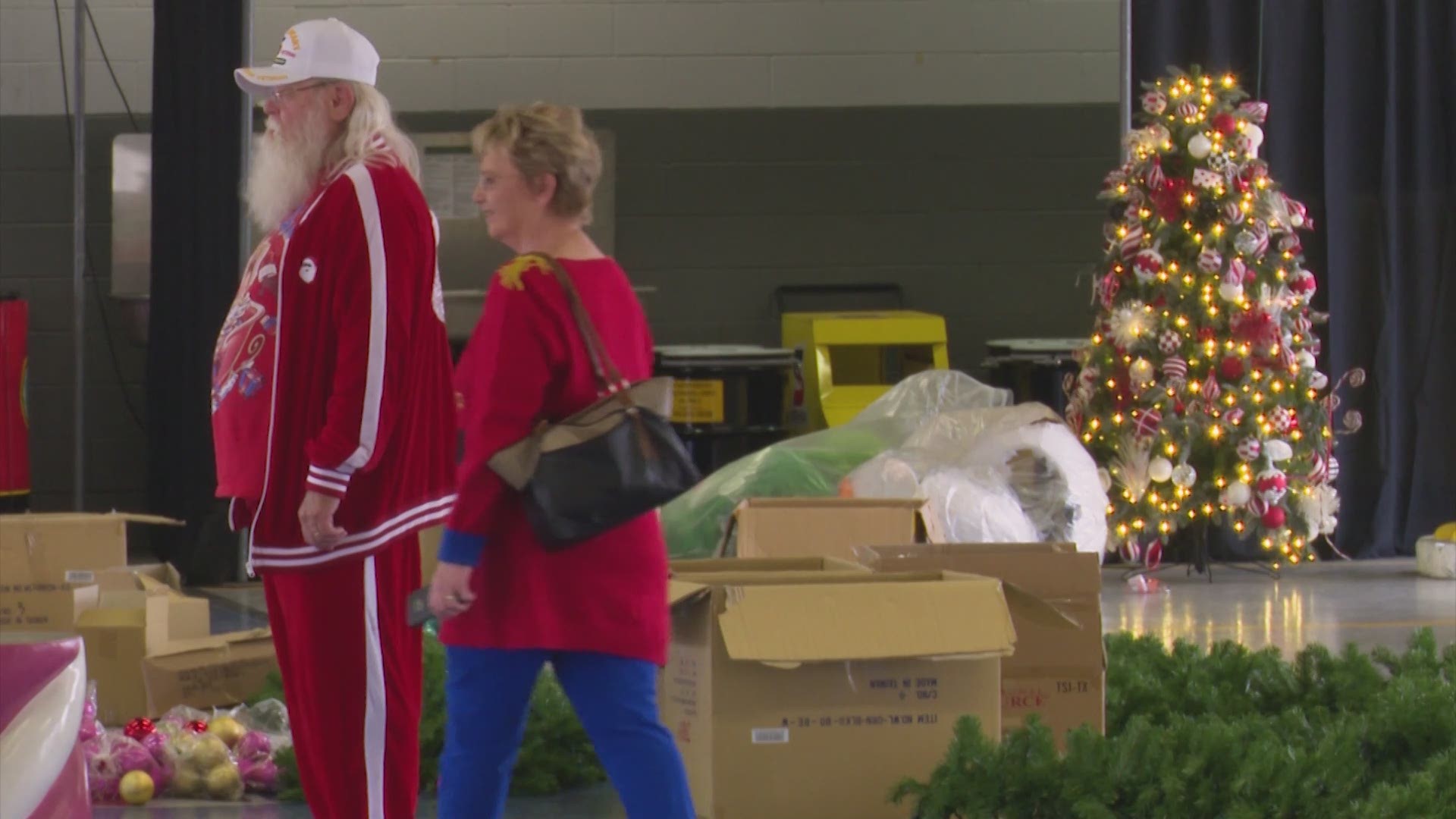 FORT WORTH, Texas — John and Donna Sweeney have been married nearly 50 years and have a unique, charitable way of keeping the spark alive.

Most people around North Texas know these two as Santa and Mrs. Claus.

Around 10 years ago, John Sweeney started volunteering as Santa Claus during the holiday season. He first had a beard wig, then decided to grow a natural one.

"I always make sure to let the kids know that they need to be good," John Sweeney.

Donna Sweeney said for her husband, the feeling of getting to help kids and put a smile on their face makes the end of the year special.

"To see Santa have this type of job at the end of the year always makes him happy again, no matter what's going on," Donna Sweeney said.

What started out a single job for John grew when Donna Sweeney decided to volunteer with her husband as Mrs. Claus.

"When you're married to Santa Claus, you have to join the team," Donna Sweeney said. "We love doing this together.

This year, the two are volunteering with many different organizations around North Texas, including Texas Motor Speedway's Gift of Lights.

The Gift of Lights show

Visitors drive through 150 light displays at the car racing track facility, which are made up of more than three million LED lights.

Noah Graham is the project manager for Winterland Inc., a Christmas store that constructs light shows. The store is based out of Marion, Indiana -- also known as Christmas City, U.S.A.

"We love this time of the year," Graham said. "How could you not love creating memories for families to experience together?"

Graham said they begin any show with a simple drawing. Then every light is welded, powder-coated and eventually bulbed.

After the construction, the structures are driven to wherever the show is happening.

Eddie Gossage, president of Texas Motor Speedway, came up with the idea of a Christmas light show around 2012.

"It's just become a part of Christmas tradition for a lot of families," Gossage said.

He said his favorite part of the show is that his grandchildren are contained in one place throughout the drive.

"They can't get away from you, Gossage said with a laugh. They can't go running off. They're in the car!"

Once the ride is over, families can visit Mr. and Mrs. Claus.

"Then after Christmas Eve when the lines go down and everybody goes home, we deliver presents," added John Sweeney.