MCKINNEY --  Collin County Judge John Roach is on a mission to make former soldiers that get themselves into trouble with the law live up to the branch of the military they represent. 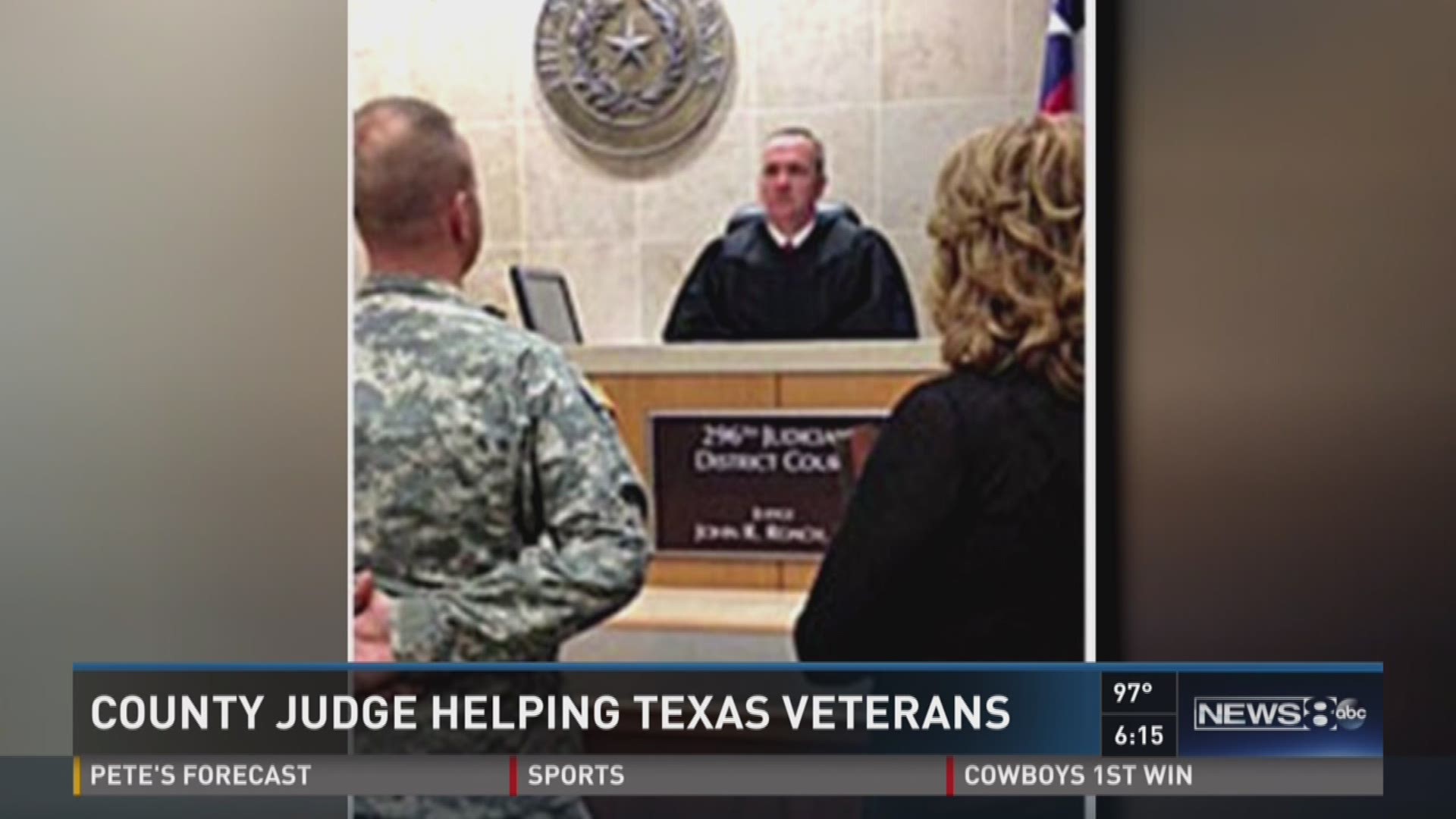 MCKINNEY -- Collin County Judge John Roach is on a mission to make former soldiers that get themselves into trouble with the law live up to the branch of the military they represent.

One picture from the North Texas Veterans' Court shows a uniformed solider in court facing the bench. You can't see his face and Judge John Roach want's it that way.

"They just need a little bit of help that has not been offered to them before." Roach said.

The man pictured is an active duty service member completing the terms of parole --- a success story for the North Texas Veterans' Court.

He'll leave with no criminal record.

"I like to say that their military record, will now look like their civilian record, both very honorable."

Roach served in the United States Marine Corps. Each Friday he presides over fellow veterans that have gotten in trouble.

Many are facing felonies --- charged with everything from DUI to drug offenses.

"I am rock bottom for these guys," Roach said.

Veterans courts aren't a new concept but Judge Roach's approach is. Each week he travels to one of five counties and brings the Veterans Court with him --- a way to get these services into more rural areas.

Jim Dolan, an Air Force Vet runs the non profit Hero's on the Water. He says recognizing and treating PTSD can be difficult especially when veterans shut down -- they can very quickly find themselves in trouble with the law.

Roach sees himself as that push. Just last month, Judge Roach and the Veterans Court expanded into Fannin County, the fifth county it serves. The counties include, Collin, Grayson, Rockwall and Kaufman County.

Judge Roach makes the drive to a different county every week logging hundreds of miles a month.

"Jail is just not the right place for them, they served honorably for our country, they have gone to the meanest nastiest places in the world to defend our freedom, we owe them at least to give them a chance to get their life together," Roach said.

The judgement that Veterans court gives out isn't a sympathtic one -- the terms of probation are often tougher.

But the veterans that complete his program earn a clean record and a second chance. A second chance that Roach many veterans just don't get.