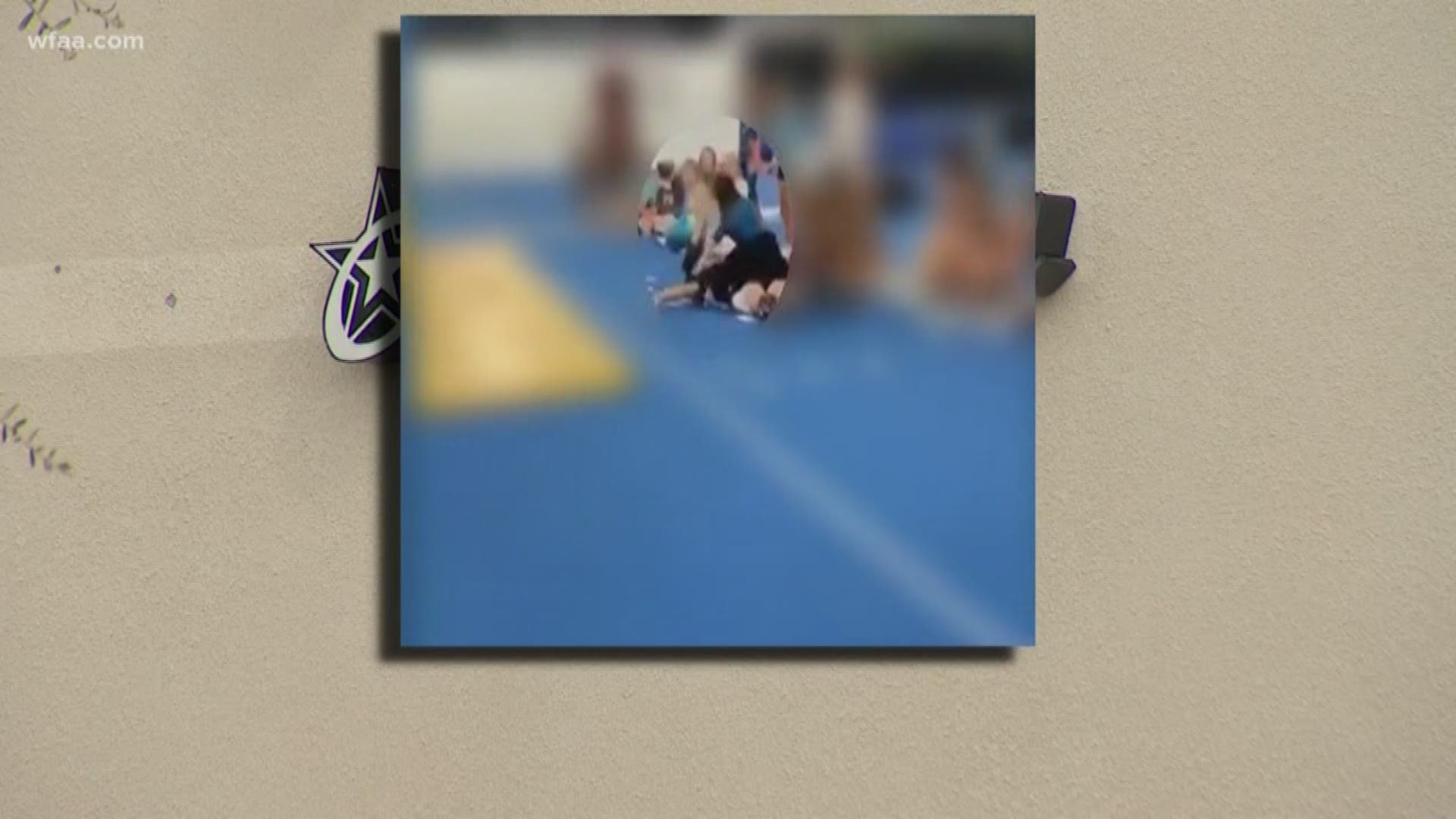 SOUTHLAKE, Texas — A game of cops and robbers between a group of students attending a cheerleading gym in North Texas is getting viral social media attention.

Some activists and critics are complaining the mask one of the children is wearing reminds them too much of a blackface caricature.

”I looked at this particular video and I was outraged,” said activist Kevin Garner Sr.

Garner is one of many people who have concerns about the video clip that was posted online by a staffer at Champion Cheer in Southlake a week and a half ago. The incident happened during a gym sponsored event. Some critics are complaining one of the children appears to be dressed in blackface and mocking African Americans at the hands of police.

”I think it depicts African Americans as criminals, crooks, thugs, thieves," Garner explained. "People that law enforcement are going to have a high deal of activity with, and that’s not always the case.”

Since the video has been circulating across social media, Champion Cheer, which has been active in the community for more than two decades, issued a statement on its social media pages. It says, in part:

“It has come to our attention that a video that was taken at our recent Halloween lock-in has caused hurt to others.”

Jennifer Graham, an owner with Champion Cheer, added some context to the video. She says the children involved are 9-year-old elementary school students who picked out their own costumes for a contest.

Graham says the mask was a $4.99 masquerade accessory from Party City and the girls did not intend anything negative, racial or political by wearing it.

“We sincerely apologize to those who were hurt by the video," Champion Cheer’s statement went on to say.

"Right now, the climate, the feel and tone of things, right now, is just not a time to take these things lightly and sweep them under the rug," Garner explained.

Garner claims a worker and a couple of parents brought the video to his attention because they were too worried to address the matter with the gym directly.

“We will use this situation as a learning opportunity to further teach our staff and athletes about inclusion, sensitivity, and unity, so this does not happen in the future," Champion Cheer explained in its statement.

The full statement Champion Cheer published on its Facebook page is below:

"It has come to our attention that a video that was taken at our recent Halloween lock-in has caused hurt to others. The video is of two children in a costume contest. The two children are dressed as a police officer and a bank robber. The child dressed as the bank robber is wearing a black Halloween/masquerade mask to conceal her identity as the robber. All of the attendees at the party chose their own costumes, and no costumes were intended to cause harm. We sincerely apologize to those who were hurt by the video. Champion Cheer is an equal opportunity employer with a diverse staff. We embrace diversity amongst our athletes as well. As a gym, we strive to teach our athletes to be the light to others through spreading love and light to those around them. We will use this situation as a learning opportunity to further teach our staff and athletes about inclusion, sensitivity and unity so this does not happen in the future. We greatly apologize for the hurt that the video caused."