Biosolids, made from wastewater material coming from places like sinks and toilets, are being used as fertilizer. 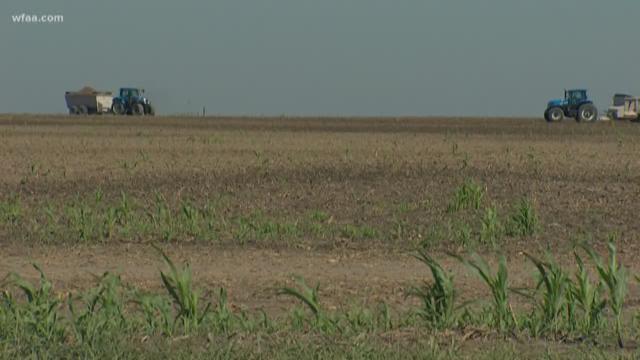 Out here on FM 934, Mary Cox and her family have their own little slice of rural heaven.

"We are outside people!" exclaims Cox. Being outside lately has been an assault on the senses, she says.

"It smells like poo-poo. That's what it smells like," she says, adding her grandkids were kept inside because of the smell.

Stewart says the smell of sewage permeated through everything.

"The only way we could sleep is me and my wife put mentholatum all in my mustache and covered my head with a sheet," he says.

They believe the stench is coming from across the street, where a Trinity River Authority contractor has been applying biosolids to a farmer's land in Itasca.

Biosolids are treated wastewater materials that come from places like sinks, disposals and toilets. And they're used as fertilizer all over DFW. TCEQ says they've received seven odor-related complaints from this region since September.

The TRA acknowledges these biosolids can sometimes be odorous. That's why they say they typically try to apply them to farms in remote areas. But this fertilizer is made from recycled materials that may otherwise end up in landfills. It increases crop production and is less expensive than other fertilizers, so farmers like it.

"I know farmers are trying to make a living, I understand that. But they've got to make it smell better," Cox says.

The TRA says they are actually coming up with new technology that will reduce the smell. They wrapped up this particular project early because of the complaints, but this is an industry that shows no signs of slowing down.