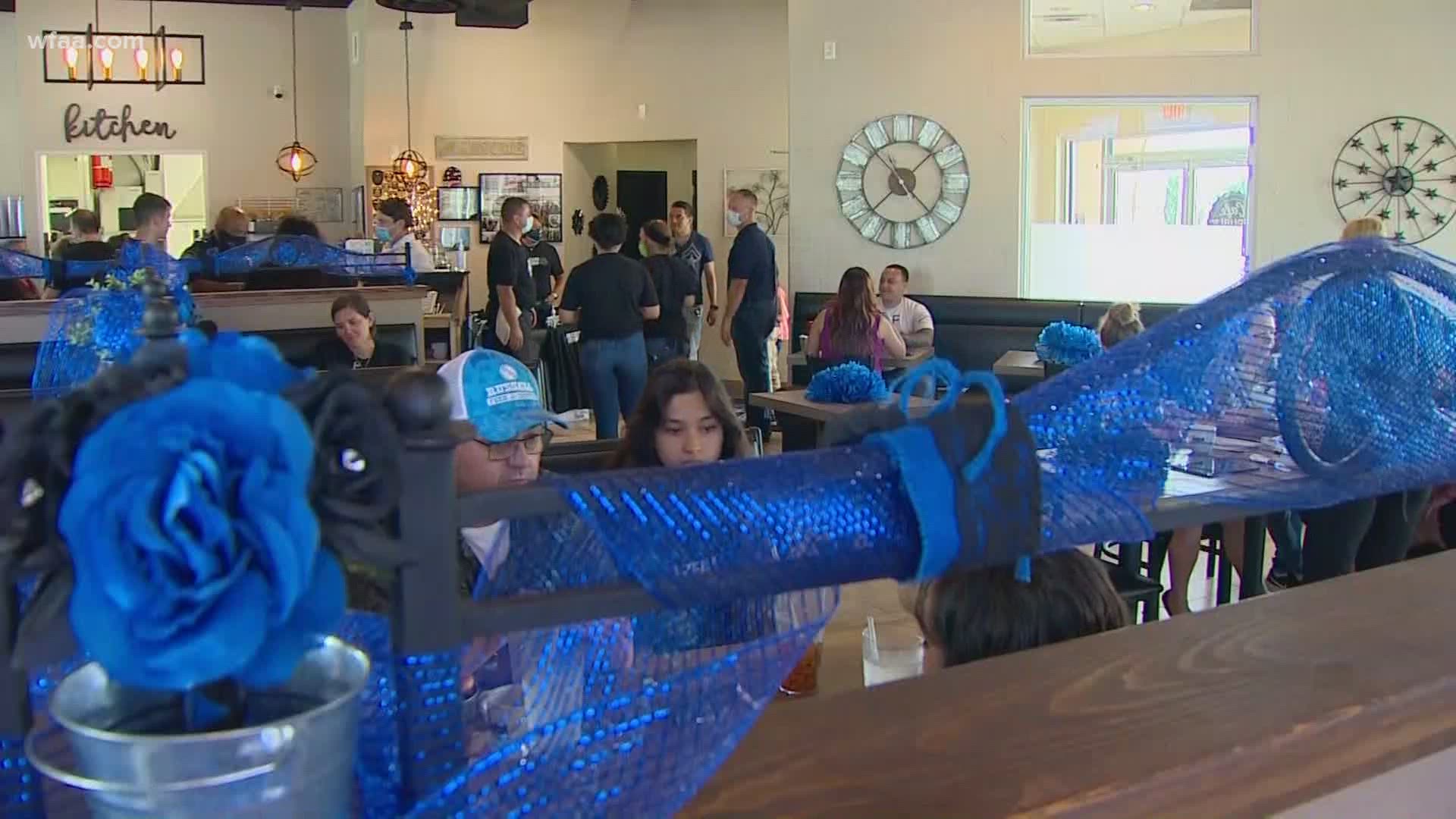 FORT WORTH, Texas — Inside a north Fort Worth cafe Monday morning, people gathered for breakfast — and for something much bigger.

Jared Brazeal is the brother of injured Fort Worth Police officer Matt Brazeal. The officer was laying down stop sticks during a car chase two weeks ago when police say the driver, identified as Ronnie Jackson, Jr., hit Matt head-on at highway speeds and dragged him. Brazeal was severely injured.

"As of yesterday, [he is] able to eat solid foods finally for the first time," Jared said.

There are small victories after hours of surgeries, lots of broken bones and weeks in the ICU. Unfortunately, very few people have been able to support him inside the hospital because of COVID-19.

"So far it's only been his fiancée, and my mother and my father," Jared said. "My father got to go in on Father's Day."

So the community is supporting Brazeal in other ways, like the fundraiser at Cafe Republic Monday that raised $6,330. They're also selling "Brazeal Strong" t-shirts.

"They're just so thankful how grateful, basically, this community is coming forward and asking, 'How can we help?'" officer Buddy Calzada said.

WFAA profiled Brazeal in 2019 after a Good Samaritan helped him during an arrest.

Brazeal is also an Army veteran and has been with the Fort Worth Police Department for three years.

And now he's faced with a long recovery. But Monday made it clear that he's not alone in that journey.