Law enforcement from across the country gathered Tuesday to attend the 7-year-old honorary officer's funeral. 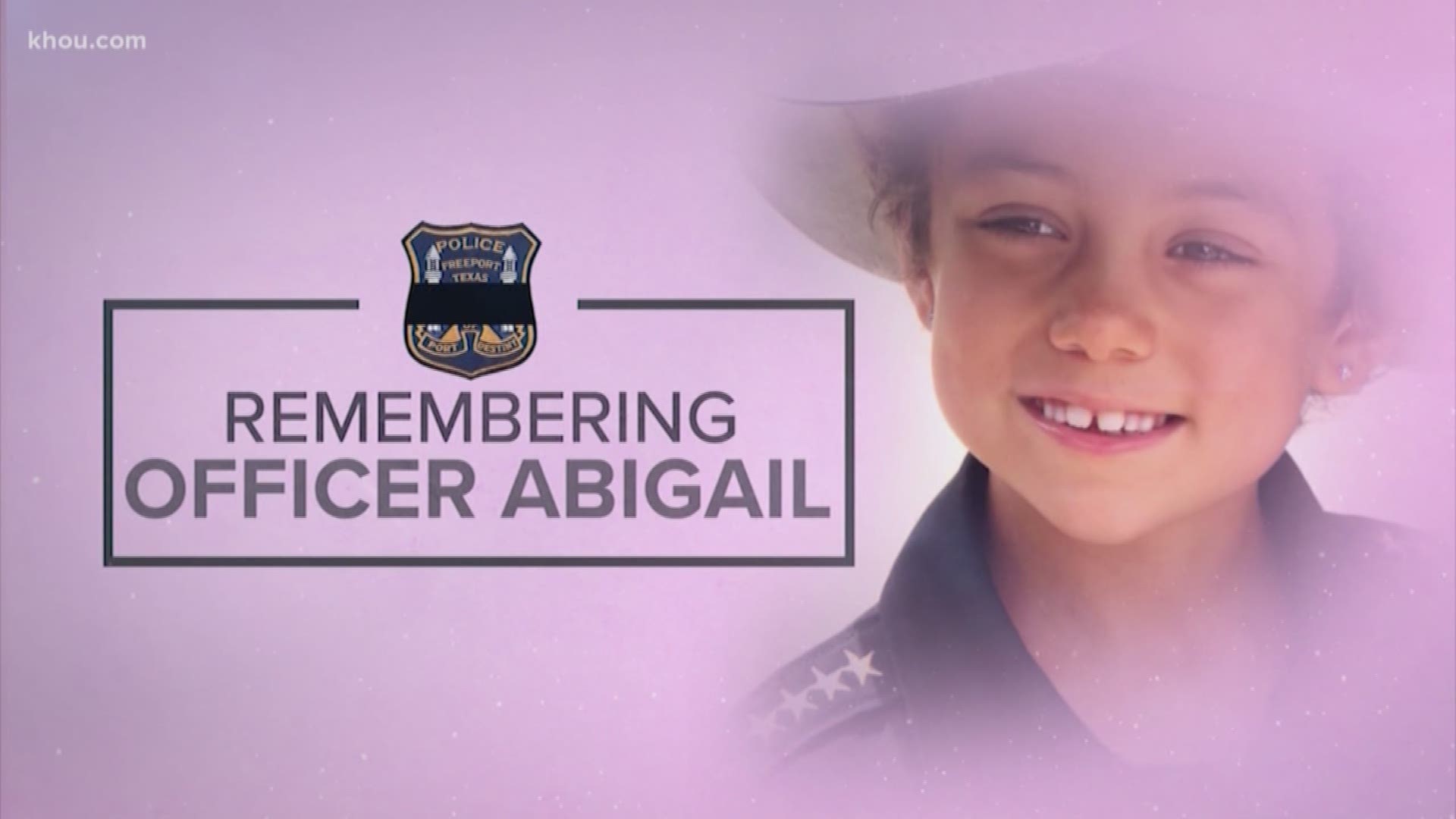 It was part of a painful week for her family, friends and all of law enforcement.

Air 11 was overhead as dozens of emergency vehicles gathered for the procession that escorted Abigail's body from Angleton to the church in Houston early Tuesday morning.

Strangers stopped along the roadways to honor Abigail.

“She was fighting for her life but she wanted to make others smile," he said. "Abigail, my love, go play with those llamas in heaven. Know that I will always love you and will never forget you. Stay relentless!"

Abigail's death last week still feels surreal for those who knew her.

"It's going to be hard for my department to not see her running through our department. When she walked in, she took over," Garivey told KHOU 11 News earlier this week. "It's gonna be tough."

Garivey experienced Abigail's zeal for life and inspirational story. He wears her official officer number near his heart. Their bond is much more than a badge.

On Monday night. Garivey was alongside Abigail's family, friends and complete strangers at Second Baptist Church in Angleton, which is the family's local church where they held a public viewing.

"Officers from all over have been invited to meet there to escort our beautiful Abigail from Stroud Funeral Home to the church," Garivey said. "We anticipate a lot of law enforcement will be there. Everyone is coming."

The public was welcomed to stand alongside the route Tuesday to pay their respects.

A funeral service began at 10 a.m.

Houston police and Department of Public Safety officers honored Abigail with a special honor guard, a flag, bagpipes and a last call.

"She carried herself as such, there was no honorary to it," Garivey said. "She had that heart of a police officer, and it moved so many officers across the country."

It was a farewell fit for one of their own. A brave little girl who showed the world what it means to be a police officer.