Stone Reynolds got to celebrate his birthday at Leaders Family Farms with the whole town after kids in his class didn't RSVP back for his first party. 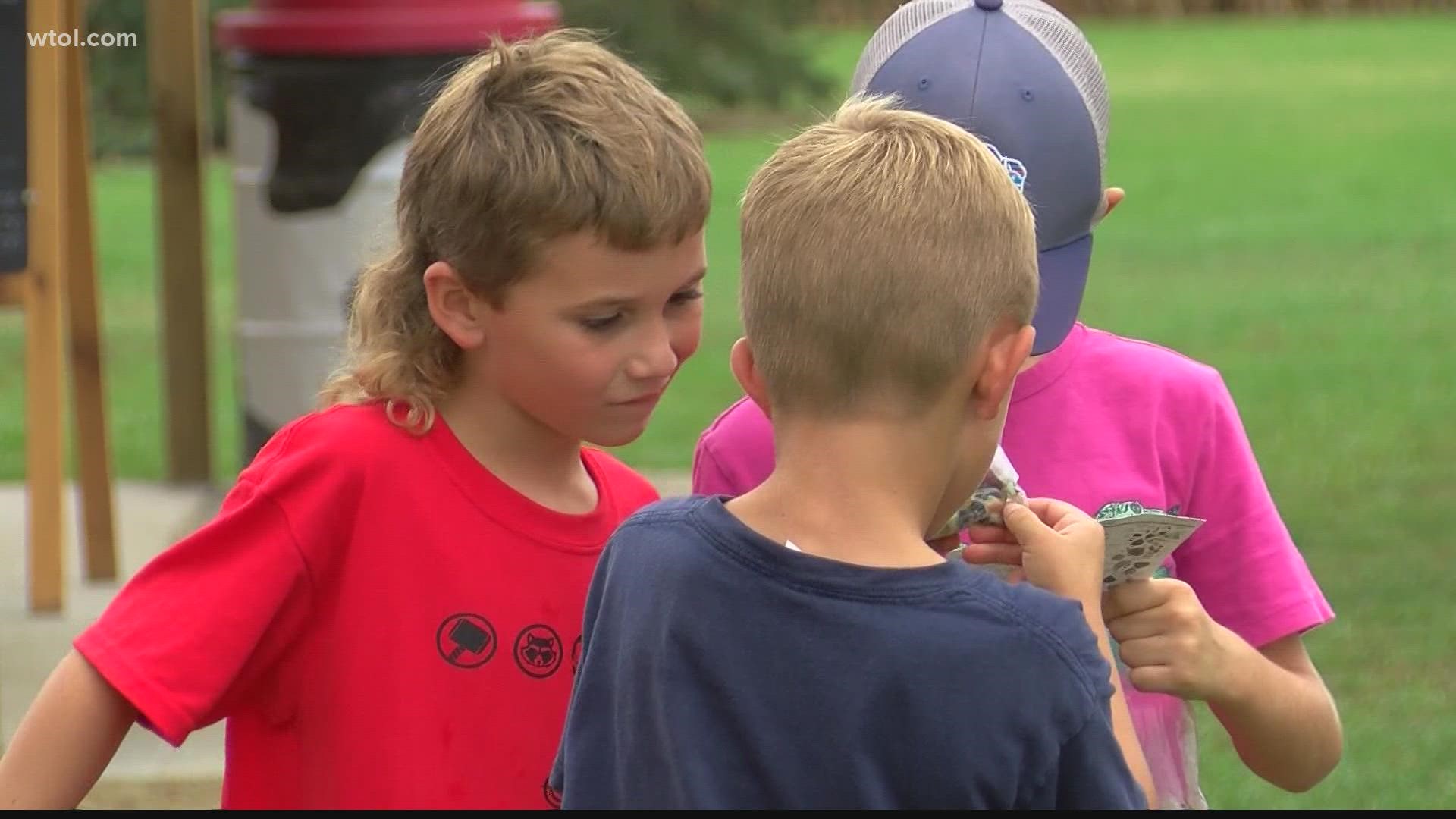 NAPOLEON, Ohio — After people didn't RSVP for a young Napoleon boy's birthday party, the community stepped up and replied yes.

Seven-year-old Stone Reynolds celebrated his birthday on Saturday with the entire town at Leaders Family Farms.

Reynolds is like any boy his age. He loves his mom, playing with LEGOs and spending time with his family and friends.

So he was pretty bummed when people didn't respond in time for his birthday.

Alexandra Reynolds, Stone's mom, put up a simple post on a Napoleon Facebook group asking people if they would want to come celebrate Stone's birthday. And she's been blown away by the way the community has responded."

"I was so thankful because a lot of the moms, they understood exactly where I was getting at," said Reynolds, "and am just grateful for everyone that came together and is here today."

Stone enjoyed zip-lining, carnival games, pumpkins getting launched in the air and blowing stuff up with Imagination Station. Leader's Family Farm made Stone feel like he's not alone.

"Just love the fact that the whole community of Henry County and surrounding counties came together to make this little boy's birthday special," said Amanda Barnes, who works at Leaders.

Emma Reynolds, Stone's older sister, said she just wanted to see him smile on his day.

"I'm glad he's happy because you know we got the police department here and bunch of fire trucks and he's really happy," said Emma.

Simple things like bubbles, cake and laughter with friends brought a smile to Reynolds' face.

"Thank everyone for coming and for all the responses and support from the community," said Alexandra Reynolds.

Though seven's not usually a special birthday, this is one, Stone will never forget.