COMMERCE, Texas -- Commerce Police Chief Kerry Crews was placed on administrative leave Thursday amid a growing investigation surrounding the arrest of a Texas A&M-Commerce student over the weekend. 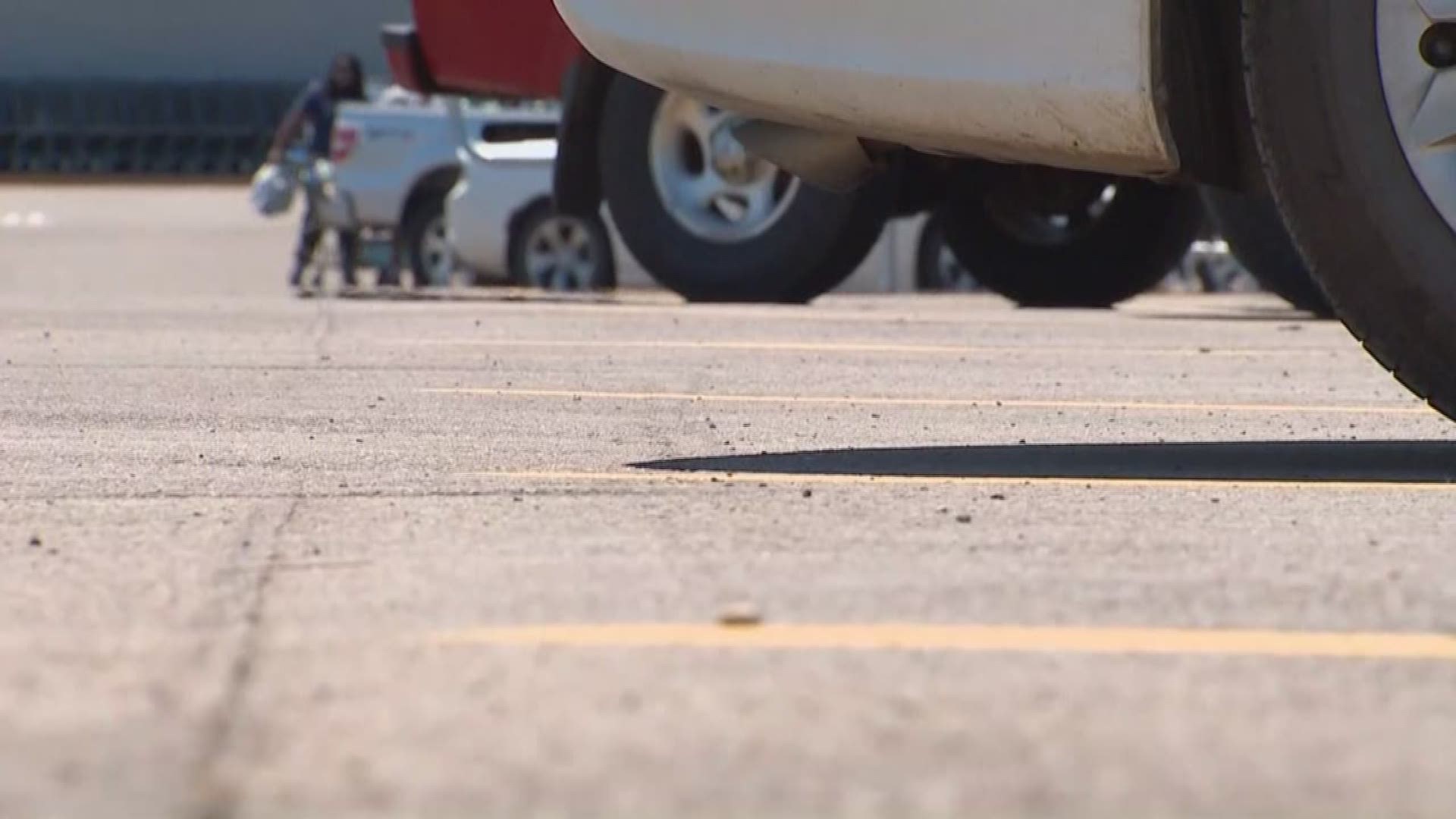 COMMERCE, Texas -- Commerce Police Chief Kerry Crews was placed on administrative leave Thursday amid a growing investigation surrounding the arrest of a Texas A&M-Commerce student over the weekend.

Carmen Ponder, 23, told WFAA on Wednesday she was detained for evading arrest for failing to apologize to the chief after a heated verbal exchange.

"I just want it to not happen to anyone else," Ponder said.

What exactly happened remained disputed by the City of Commerce and Chief Crews on Thursday.

Ponder says it started when she was driving to Walmart in Commerce on May 20 and noticed a black truck in front of her driving slowly and erratically.

“I thought it was a drunk driver, so I went around them and then proceeded to turn into Walmart," Ponder told WFAA.

She says the driver then followed her to her parking spot and began verbally berating her for cutting in front of him and his 14-year old daughter, who he was teaching how to drive, according to Ponder.

"I ignored him," Ponder said. "I kept my window up. I looked at him to let it be known that I hear him, but I just got my keys from my car and kept walking into Walmart.”

She says the man continued to ask her to apologize.

"I turned and I'm like 'It's illegal to have a 14-year old driving,'" Ponder recalled. "And that was when he said, 'Whatever you black (expletive).'"

Ponder said she didn't respond and continued into the store. She says what happened as she walked out landed her in jail, though she still has no idea why.

Ponder, who plans to graduate in December, says she saw two adult males and an adult female approach her as she was leaving the store.

Ponder did not go home.

The paralegal studies major spent 24 hours in the Hunt County Jail before being released Sunday afternoon on a $1,000 bond.

Ponder says after she viewed photos of Crews online, she concluded he was the same person who engaged her in the verbal exchange and made the racially insensitive remark.

Commerce police have not released the police report or arrest affidavit for Ponder, citing the ongoing investigation.

On Thursday, the City of Commerce said Crews was not involved in the initial altercation between two parties, but was at Walmart as a customer.

"Chief Crews became engaged in the incident after being approached by one of the parties," the City said in a statement. "Chief Crews made contact with the other party, but she failed to comply with his requests. As a result, she was arrested for evading arrest or detention when the responding officer arrived."

Chief Crews was placed on leave pending the results of the investigation.

Attorney Lee Merritt represents Ponder and told WFAA that he is demanding the resignation of Crews and the filing of criminal charges against him, as well as the attending officers for assault, wrongful arrest and official corruption.

When asked on Thursday if his client still believed the man who yelled at her prior to entering Walmart was the police chief, Merritt responded she "doesn't know."

The embattled chief said he can not grant interviews right now, but told WFAA on Thursday he did not say anything inappropriate to Ponder.

The Combined Law Enforcement Associations of Texas represents officers, including Crews. Charley Wilkison with CLEAT said the narrative being spread online in the first 24 hours was not accurate.

"Social media is the gossip over the fence in 2017," Wilkison said. "We think in every way that his reputation will be returned as much as possible. Everything that's been said about him and his character, his professionalism, is a lie."

Wilkison said the investigation will reveal that Chief Crews conducted himself appropriately.

"The fact is he gave her a lawful order. She didn’t comply, and the only other thing that could happen is that person would be taken into custody," Wilkison added.

Jasmine Crockett is representing Ponder for the misdemeanor charge and voiced concern about available visual evidence to corroborate either account definitively.

There are cameras inside and outside the Walmart location that investigators will examine.

Two sources close to the investigation that spoke to WFAA on condition of anonymity said more than one officer on scene was wearing a body camera and at least one cell phone video from a bystander may add more perspective on what happened.

Also on Thursday, a group of a dozen or so community members who called themselves "Concerned Citizens of Commerce" asked the public for "patience and calmness as pieces of this unfortunate incident are connected."

"As the days and weeks move forward, we believe that this matter can best be resolved with local citizens' input and oversight rather than outside forces interfering with investigators," the statement read.

Late Thursday, city council emerged from executive session after a special meeting. The council unanimously approved the hiring of Lynn, Ross & Gannaway, a private Fort Worth-based firm, to conduct the internal affairs investigation into the arrest.

City Manager Darrek Ferrell told WFAA the City turned to a private company after the Texas Rangers declined, citing the lack of a criminal investigation.