April 20 marks the 20th year since the 1999 shooting at Columbine High School. Survivors and the families of victims gathered at Clement Park to make sure that they are never forgotten.

JEFFERSON COUNTY, Colorado — Sean Graves said there was only one time when he’d been more nervous about walking onto a stage: at his Columbine High School graduation, when he defied the odds and accepted his diploma on his own two feet.

“I didn’t trip walking up here, so I’m off to a good start,” Graves joked in front of an audience of fellow survivors, the families of victims, and members of the community who had gathered at Clement Park Saturday afternoon.

Graves was shot six times during the April 20, 1999 attack at Columbine High School, and has since undergone 49 surgeries to be able to walk again, and to stand at the remembrance ceremony that marked 20 years since the tragedy.

RELATED: Ripples of Columbine: A podcast by Rocky Mountain PBS

RELATED: These Columbine teachers are also survivors of the 1999 shooting (and it shaped their careers) 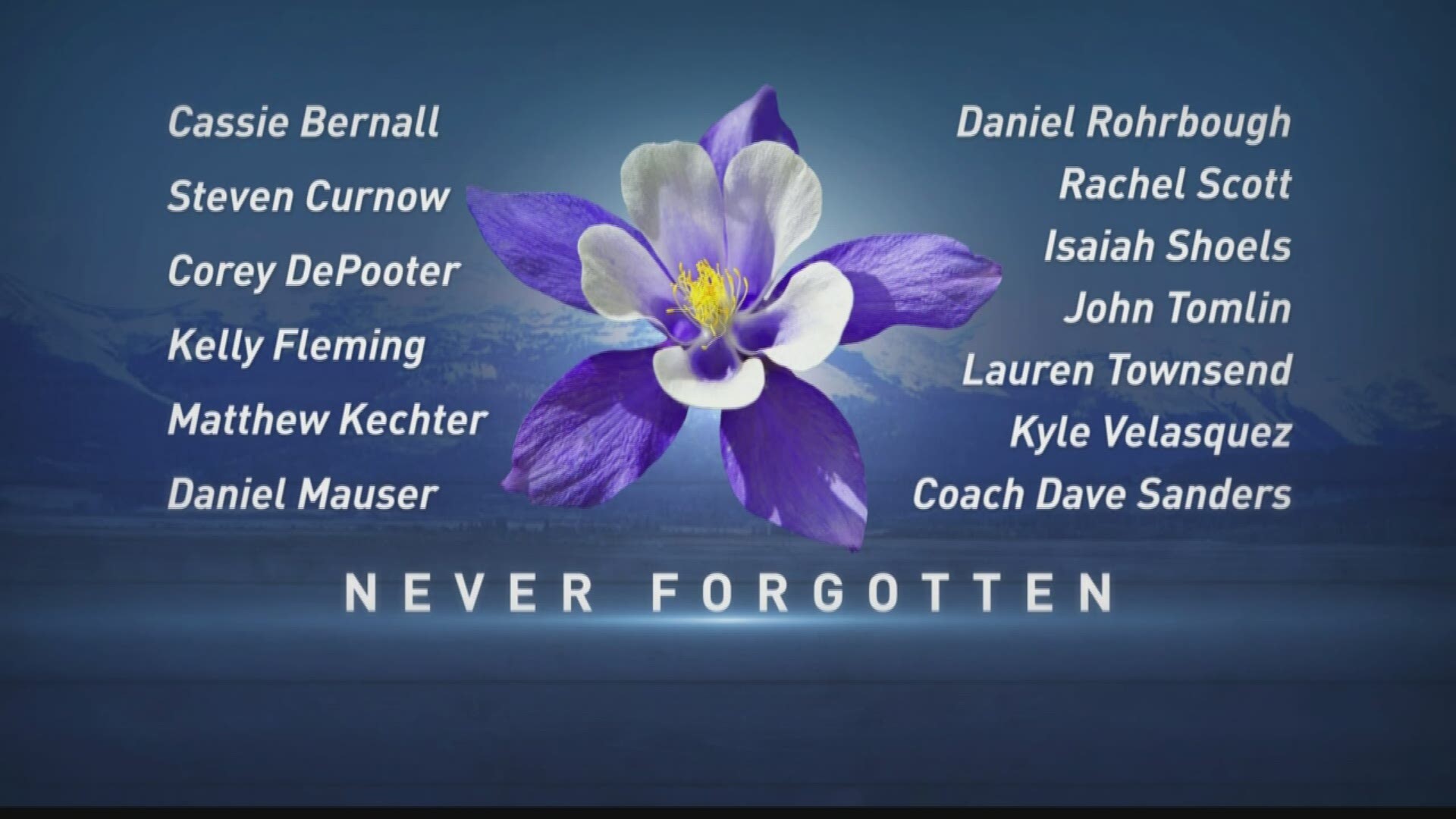 “Needless to say, I’ve acquired a decent amount of scars,” Graves said. “Those scars play out like a book, but not all scars are visible on the skin.”

Patrick Ireland, known as the “boy in the window” after he was spotted dangling from the school’s library, said he experienced severe cognitive issues after he was shot twice in the head, and could barely speak. Twenty years later, he has children of his own, and offered an eloquent message of forgiveness to the gathered crowd.

Twelve students and one teacher were killed in the Columbine High School shooting. Dozens more were injured, and an entire community was changed.

“On that day, there were close to 2,000 people inside the school, students, staff and teachers,” Graves said. “On that day, those people walked into that building, but not a single one of them walked out the same.”

Dawn Anna’s daughter Lauren Townsend never came home from school. She was one of the 13 victims of the attack, and in the years since, Anna has worked to change April 20 into a day of service – and to offer support to those who have undergone similar tragedies.

RELATED: How the relationships between Columbine families have evolved in the 20 years since the shooting

“Healing takes work,” Anna said. “There’s no book, no timeframe, and most importantly, no judgment.”

April 20 is now a day of service for students at Columbine High School, who participate in community projects to create something positive out of a day that carries scars for so many.

That day of service has now extended to schools around the country and in multiple other countries.

“Something wonderful from something so horrible,” Anna said. “This is how we honor them.”

Many of the people in attendance at the remembrance ceremony were current Columbine High School students. They weren’t alive when the shooting happened, but now live in a world where the name has become synonymous with tragedy.

“We are all Columbine,” current Student Body President Bethany Duffy said. “The unity between young and old is felt.”

Former Columbine Principal Frank DeAngelis was the final speaker at the event, which also included a video message from President Bill Clinton and speech by Colorado Gov. Jared Polis. He offered hope that Columbine can provide a message to the future, and help prevent future acts of school violence.

“We must pass the torch to future generations,” he said. “Never forgotten.” 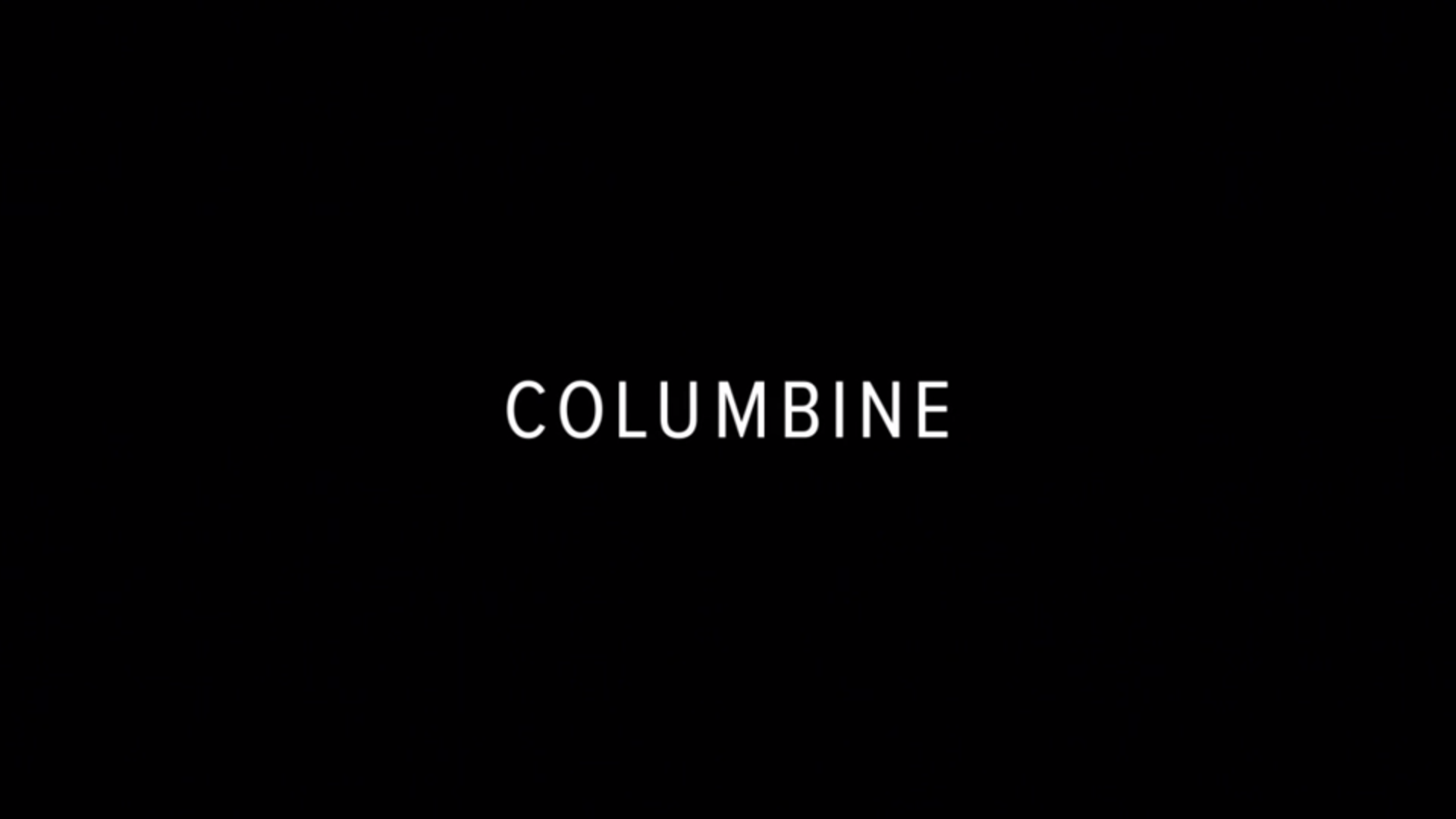