The driver of the truck has been identified as 63-year-old Leslie Cronk. Authorities say he was pronounced dead at the scene. 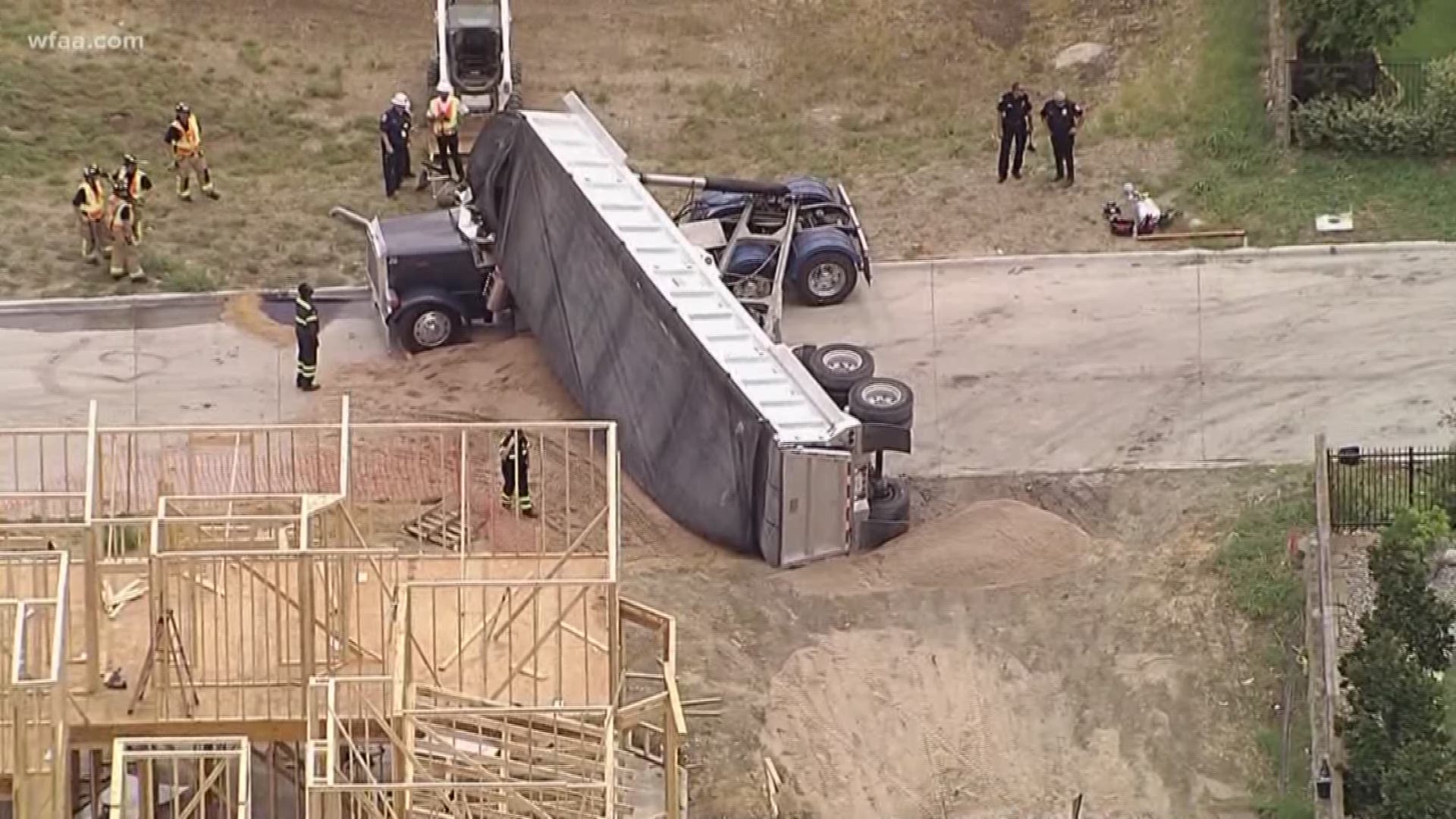 FRISCO, Texas — Editor's note: A previous version of this story stated a woman was killed in the construction site accident. This has been corrected.

A man was killed Wednesday after a trailer collapsed and crushed the cab of a dump truck in Frisco, according to officials.

Frisco police say the accident happened at a new housing development called Edgestone near the 13000 block of Mossvine Drive.

The driver of the truck has been identified as 63-year-old Leslie Cronk. Authorities say Cronk was pronounced dead at the scene.

No other injuries were reported.