Toni Reese has a talent for making something out of nothing. It began with designing and making her daughter's clothes for school, and has grown into a business making teddy bears from the blankets or clothing of loved ones. 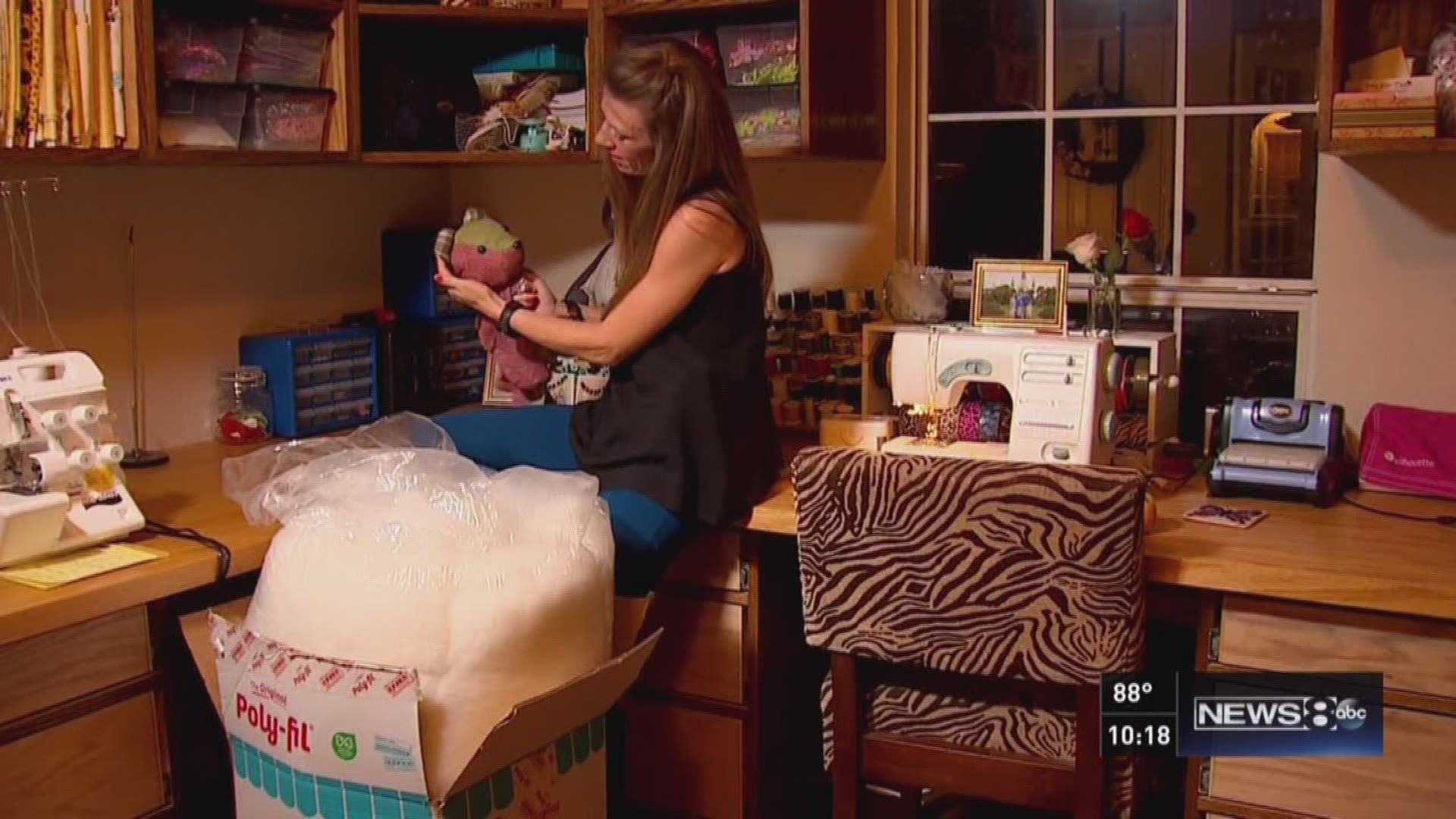 WYLIE, Texas -- For Toni Reese, it started off as a random request.

Reese has a talent for making something out of nothing. It began with designing and making her daughter's clothes for school. Her talent would soon graduate to more complicated projects.

Reese told News 8 that a parent had come up to her, asking if she could make a teddy bear out of a loved one's clothes.

"My first one took me about eight hours," Reese said.

Reese said she went through dozens of versions of stuffed bears before "[she] found the right one."

"For some reason, this particular one just blew me away," said Lauren Miksch, who got a bear for her daughter, Ava.

Every one of the orders Toni receives is a special order -- very special.

Toni Reese at work on a teddy bear.

She makes them for all occasions, but she admits, often times, death is the hardest.

Ordering a bear starts with a heartfelt sit-down with the person asking for the bear. News 8 was able to witness one of these sit-downs.

People opened up to Toni about why having a stuffed bear in honor of a loved one is important.

Toni Reese hugs Karie Haney after hearing the meaning behind her order.

"You miss this person that’s gone. You miss them... So, I think she’s helping people to deal with that," said Karie Haney, who ordered 14 bears for herself, her kids, and her nieces and nephews.

Johnathan Miksch and his wife got a bear in honor of Johnathan's dad, Robert. He died suddenly two months before their first child was born.

"He went to sleep in his chair and that was it," Johnathan said.

But there's a lot more to these bears. They are often made out of the clothes, blankets, and other items their loved ones wore or used.

"You can see the wear on it," Lauren Miksch said about the denim bear they had made out of her father-in-law's jeans.

She says he would wear those jeans almost every day for almost 30 years.

"They were a pair of jeans that were manufactured with no belt loops -- that’s how old they go back," Johnathan said.

Lacy Dawn is also getting a bear in honor of her grandmother, who died in December. She is getting it for her son, Connor.

It is made out of a shirt she and her son had purchased for "Grandma." When you're working with a one-of-a-kind material, mistakes are not an option.

Connor looks at his new bear, made from a shirt he picked out for his grandmother.