Friends and family of Suzanne Wooten erupted into applause Wednesday afternoon in a courtroom at the Collin County Courthouse when she was officially exonerated at the end of a nine-year political soap opera. 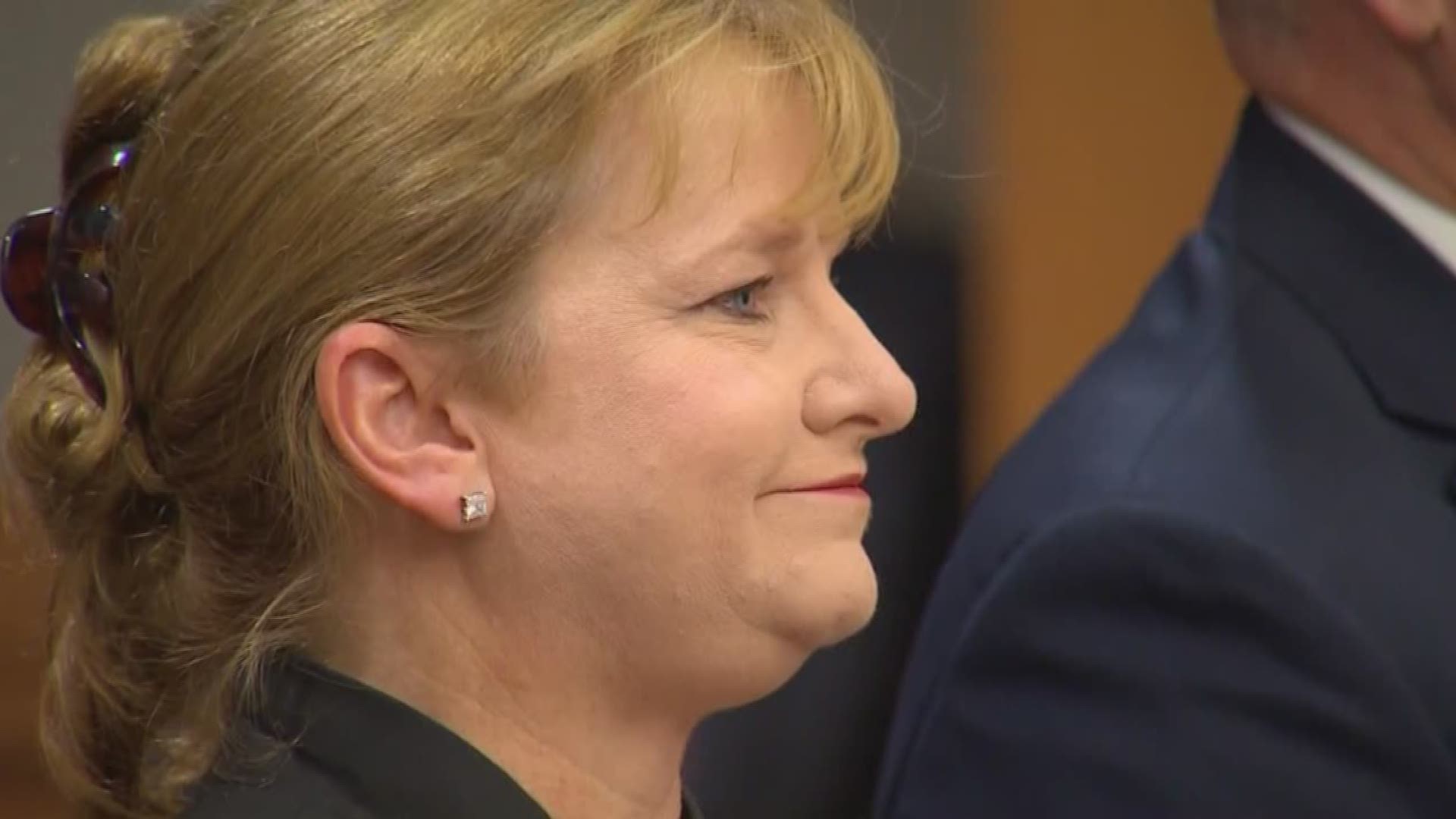 MCKINNEY, Texas -- Friends and family of Suzanne Wooten erupted into applause Wednesday afternoon in a courtroom at the Collin County Courthouse when she was officially exonerated at the end of a nine-year political soap opera. It cost her judgeship and sent a man she’s allegedly never even met to prison.

Dave Cary, a University Park CPA, was convicted of bribery and other charges and sentenced to 14 years in prison. He served 19 months in prison before his conviction was overturned. A criminal court of appeals ruled there simply wasn’t sufficient evidence that the money, that Cary says was paid to Spencer for other consulting work, was intended for the Wooten campaign.

“Whom we’ve never met to this day,” Cary said of Suzanne Wooten. “I still haven’t, but I hope to,” he said to WFAA.

Wooten took office in 2009 amid allegations by her predecessor that somehow she cheated in the election. The resulting investigation led to her removal from the bench and her law license suspended. By 2011, she was convicted of multiple counts including bribery and money laundering.

“This was the worst travesty of justice I’ve seen in my legal career,” said Wooten’s attorney Pete Schulte after Wooten’s exoneration was made official. “It’s finally come around. But I want to be clear. It wasn’t a crime back in 2009, and it’s not a crime today,” he said claiming the entire cased was based on “legal fiction.”

“This was fabricated from the beginning,” Wooten said in the Collin County Courthouse lobby after her exoneration. “I am not ashamed or embarrassed. I have nothing to be ashamed about. I am not going away. I didn’t give up then, and I’m not giving up now.”

“This has been amazing and wonderful in a way,” she said of being cleared of all the charges against her. “But it’s as wonderful as being the survivor and being maimed in a plane crash. It’s really hard to have joyous feelings and not put your anger aside as well.”

As for what happens next, Judge Wooten, who has been able to work as a legal consultant, wants her official portrait back. She says someone took it from the courthouse wall and threw it in the trash. And, undoubtedly, there are civil suits yet to come, for money and careers destroyed.

“I’m sure there’s some compensation down the road,” said Cary. “I’m sure that’s going to happen whether I’m interested or not. Now we just need to recover. I have a family that’s been destroyed, and we just have to recover.”

“I’m not going to stop until the people that did this are held accountable, said Schulte.