A delivery of 200 rental scooters came as a surprise to city leaders, and a week later they're taking the scooters off the streets. 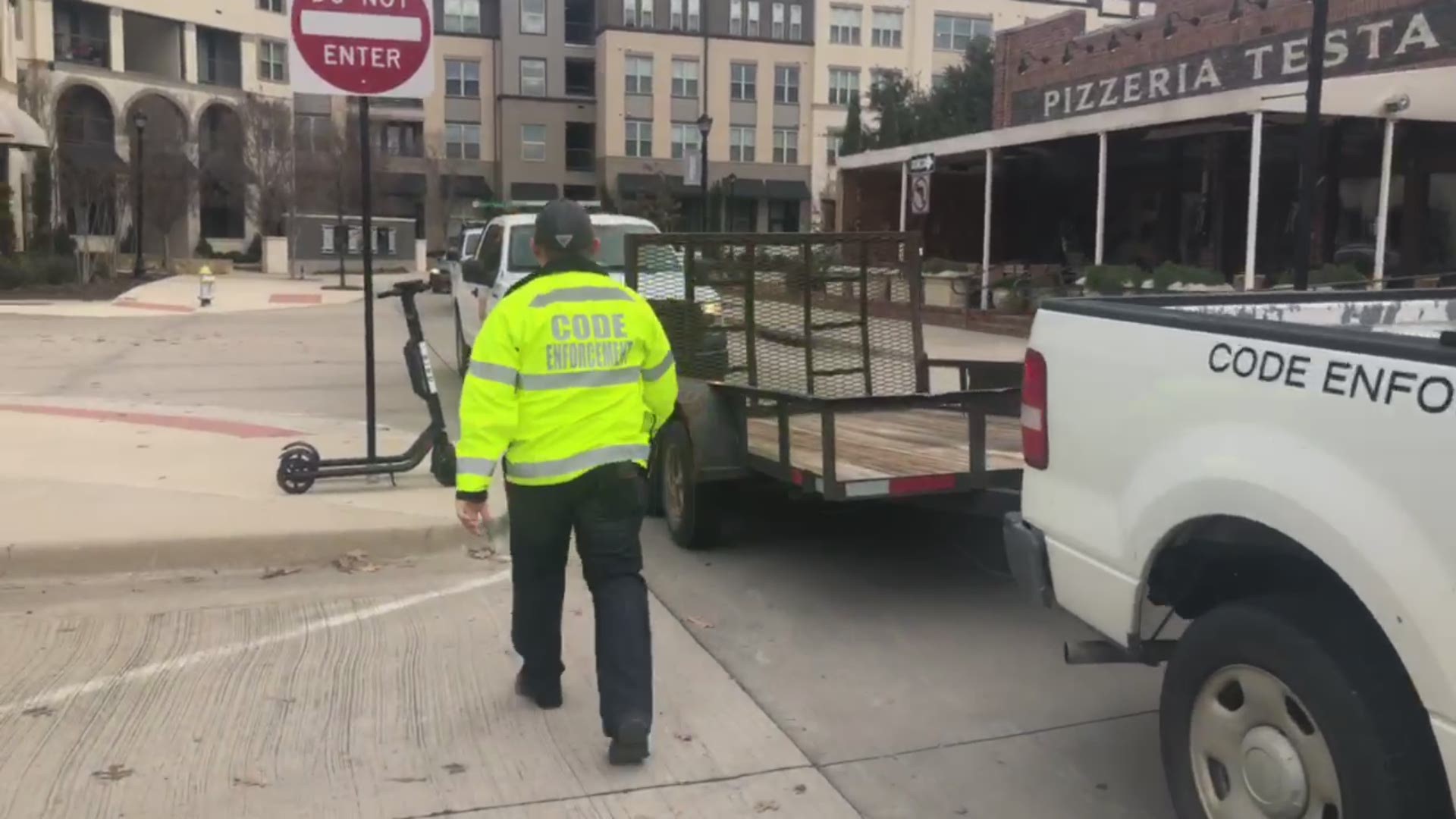 Last Monday, the company dropped off 200 rental scooters in Frisco, but the city was not made aware of it. City council members say neighbors and business owners were surprised to see them.

An emergency special meeting was called where city council members discussed the concerns with a Bird representative. The city told Bird to remove all the scooters by Monday at 8:00 a.m., otherwise, officers would remove it themselves. By the morning, scooter were still scattered across town, so officials took it in their own hands.

On Tuesday at 5 p.m., the city council meeting will discuss the topic of scooters again, and the possibility of prohibiting scooters in Frisco until rules and ordinances are made.