Following a TABC investigation, a bartender has been charged with serving alcohol to an intoxicated person. The server, Lindsey Glass, sold Spencer Hight alcohol the same night he shot and killed eight at a Plano party. 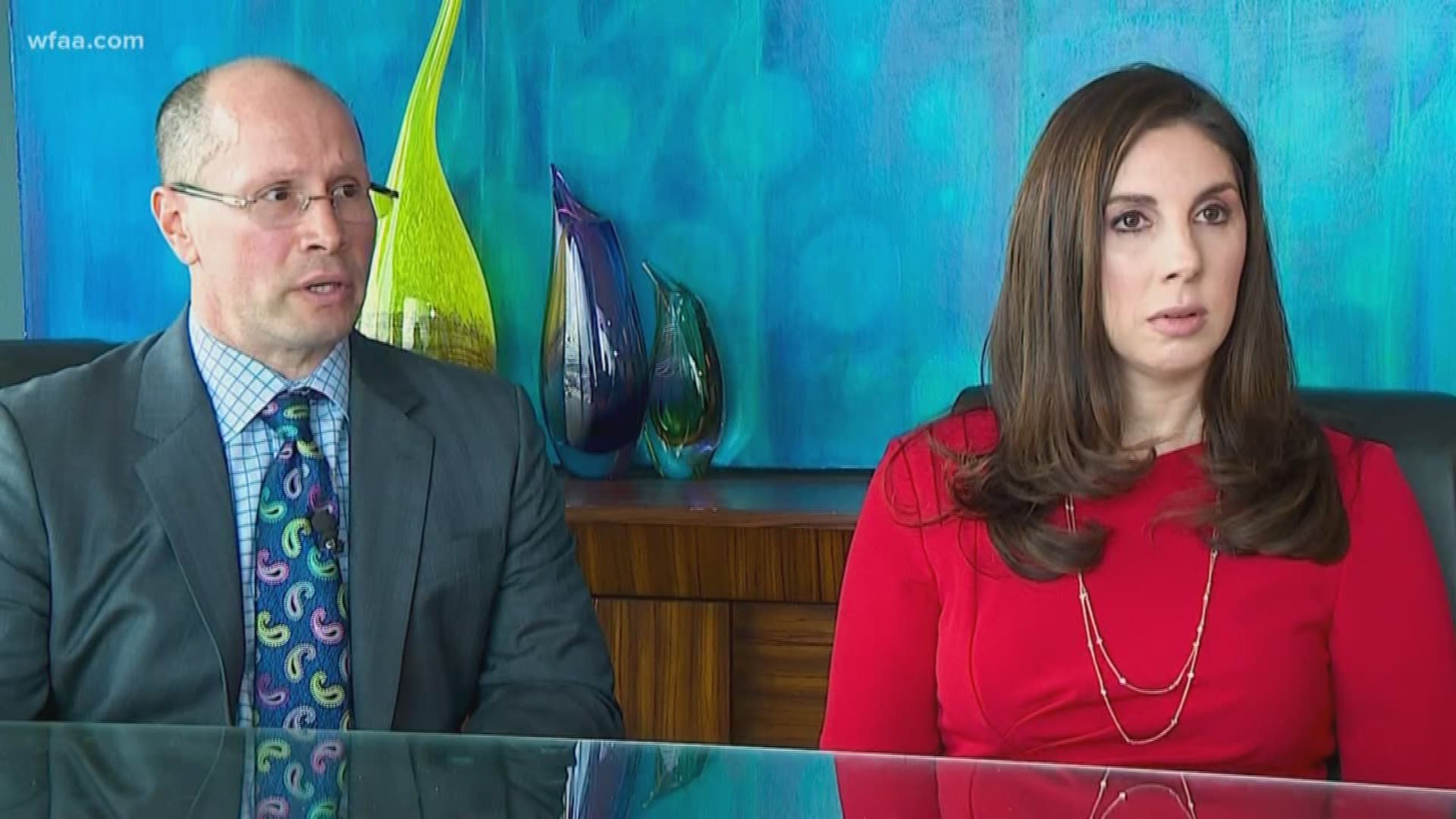 PLANO, Texas — Police have arrested the woman who served a man alcohol at a Plano bar before he shot dead eight people.

Lindsey Megan Glass' arrest comes more than one year after the shooting at a football watch party.

On Sept. 10, 2017, 32-year-old Spencer James Hight entered a Plano home and fired shots that killed eight, including his estranged wife, 27-year-old Meredith Hight. A ninth person was also injured during the shooting.

Hight was killed by police at the scene.

Less than a year later, families of three of the victims filed a lawsuit against the Local Public House and bartender who served Hight earlier in the evening. That suit was later dropped. According to documents, he left the bar with an alcohol concentration of .33, more than four times the legal limit.

Glass was his server. According to Plano police, Glass was arrested Tuesday on a charge of alcohol sales to a certain person under the Texas Alcoholic Beverage Code 101.63B.

According to the law, a person is charged with this offense when they sell "an alcoholic beverage to a habitual drunkard or an intoxicated or insane person." The charge carries a fine of up to $500 and or up to a year in jail.

Attorney's Brett Stalcup and Dan Garrigan now represent five of the eight victim's families. The attorneys dropped the suit calling it a "strategic move" and intend to refile in the near future. They're aware of the new developments and the families are too.

"It confirms what we've believed all along that what they did here was grossly negligent," Garrigan said.

While some family members went after the bar and Glass, Debbie Lane, the mother of Hight's estranged wife who was killed during the shooting, said she doesn't agree with the bartender's arrest.

"To single out this bartender seems unfair, a waste of resources and will accomplish nothing," she said. "How about focusing on strengthening abused people so they can escape these monsters."

Glass' attorney, Scott Palmer, said in a written statement that "it is no coincidence that this warrant was issued on the day the civil suit against Ms. Glass was dismissed."

”Lindsey Glass is the person who called 911," he said. "Not only did she know Spencer, but she was friends with Meredith and was supposed to be at the party that evening. In her interviews with detectives, they commended Lindsey for her action and that she saved lives that day."

"It is shameful of the Plano Police department to go after the person who was vital in trying to stop the horrific events of that evening," he continued. "This arrest is not in the interest of justice and appears to be a last-ditch effort by the Plano PD to make someone pay.”

But the 2018 suit alleged Glass served Hight knowing he was already intoxicated. Glass said she witnessed Hight walk with an "unsteady gait" and bump into patio furniture while "extremely intoxicated."

"There's two above her that we feel that are more negligent or criminally responsible than she is," said Stalcup referring to the manager and owner of the establishment.

The suit claimed Glass texted another bartender, Timothy Brandt Banks, and told him Hight was "drunk and being weird" and displayed a knife, spinning the weapon on the bar. Hight then allegedly displayed a gun and was later escorted out of the bar by Banks to his car, where the bartender asked him to leave his weapons before he reentered the business.

RELATED: Plano shooting victim's parents: 'He was not moving on and she was'

RELATED: Ex-girlfriend of Plano shooter Spencer Hight: 'If I stayed he would have killed me'

"During this time, Banks suggested that due to Hight’s extreme intoxication, he should let Banks drive him home or call an Uber," the lawsuit read. "Hight told Banks he was having problems with his estranged wife and had something to do 'tonight.' Banks told Hight he should do them when he is sober to which Hight responded that he 'couldn't do the things he needs to do tonight without being this intoxicated.'"

The lawsuit said Banks called the owner of the bar, Jerry Owen, to ask whether he should call the police because he was concerned "something bad was going to happen." However, Owen allegedly told the bartender not to call authorities. Banks, the suit continued, then asked Owen if he should tackle Hight as he watched him leave, and the bar owner once again said no.

According to the suit, Banks and Glass followed Hight and only then called 911 outside the Hight home, where a short time later he fired the fatal shots.

"If right decisions had been made, my son would still be alive," Glenda Alexander, victim Caleb's mother, told WFAA in June 2018 after the lawsuit was filed.

"They're broken, they're sad, and they're hurt," said Stalcup after talking with the victim's families. They say this development changes nothing for them and still leaves without closure.

Victims killed that night include:

Carly Shockey was the lone survivor.