Several coyote attacks and sightings have been reported in the same area of Frisco, along Eldorado Parkway, since October. 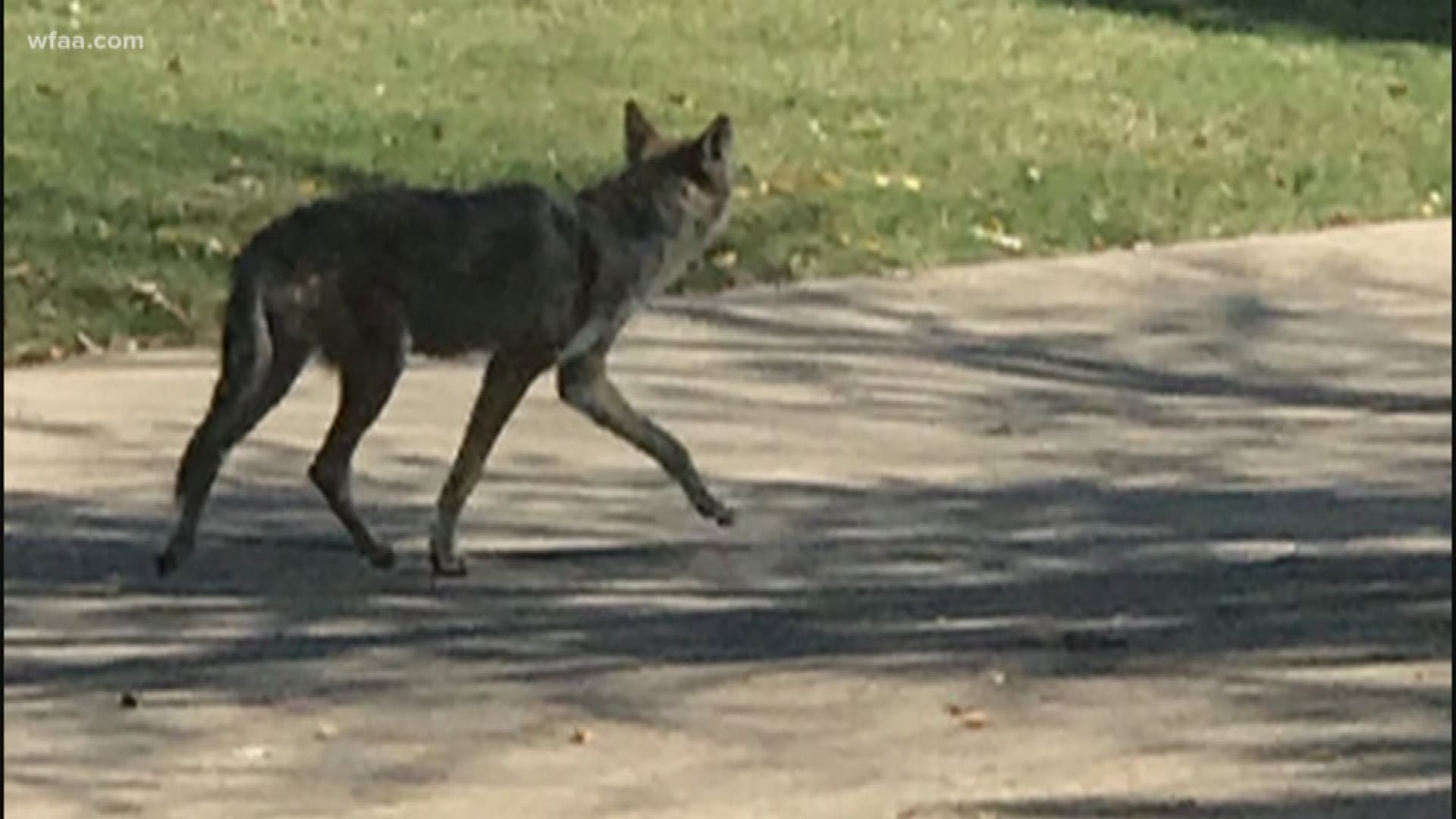 FRISCO, Texas — Frisco is launching an interactive coyote sightings map, following a string of coyote attacks in the city in recent months.

Residents can report coyote sightings on the city website at FriscoTexas.gov/coyote. The map is also listed under the "online services" tap on the myFRISCO app.

The map, which city officials hope will help coyote territories and travel patterns, will display a month's worth of data, according to a city news release.

Late last month, a coyote attacked a small dog that was being walked by its owner near Preston Road and Eldorado Parkway. The dog suffered bite marks along its back but survived. 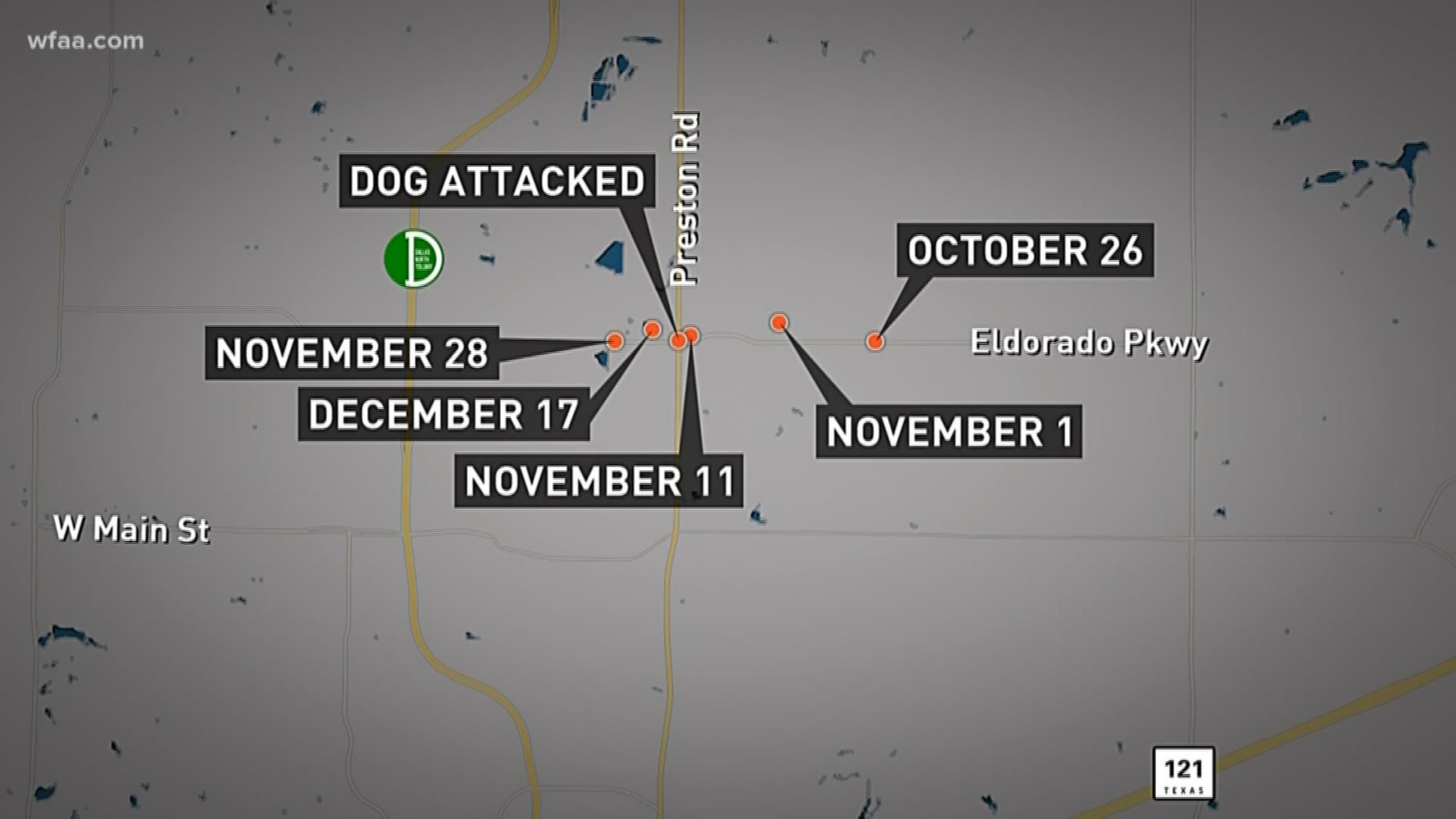 The attack on the dog came about two weeks after Frisco officials said that a coyote linked to other attacks had died. That coyote was believed to be responsible for attacks on two female joggers earlier in December, and an attack on another jogger and a child in November.

The jogger who was attacked in November had to undergo surgery on his neck.

An aggressive coyote was also spotted in October in the same area. 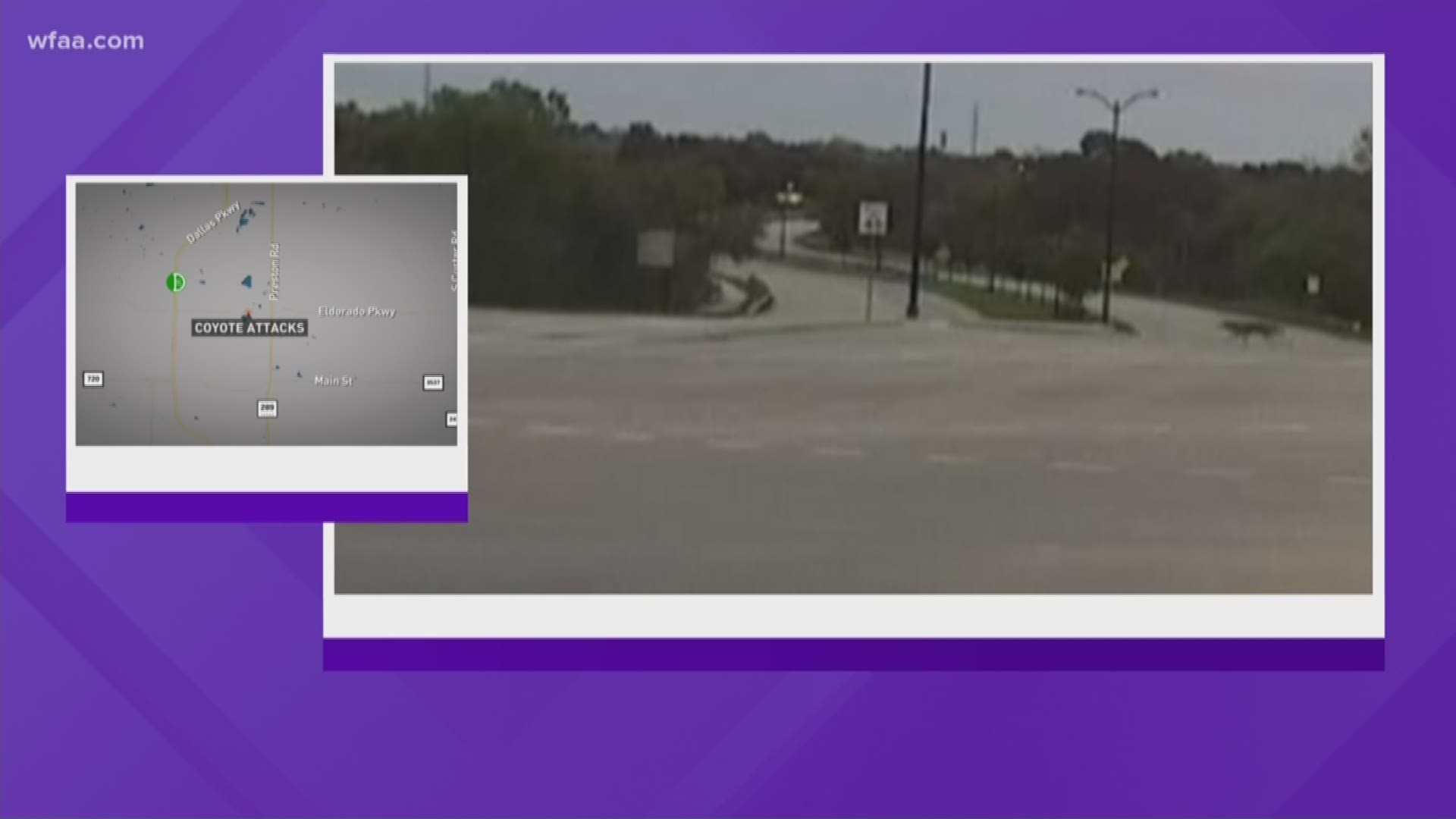