Dozens of damaged trees are littering streets, yards, and parks across Dallas. 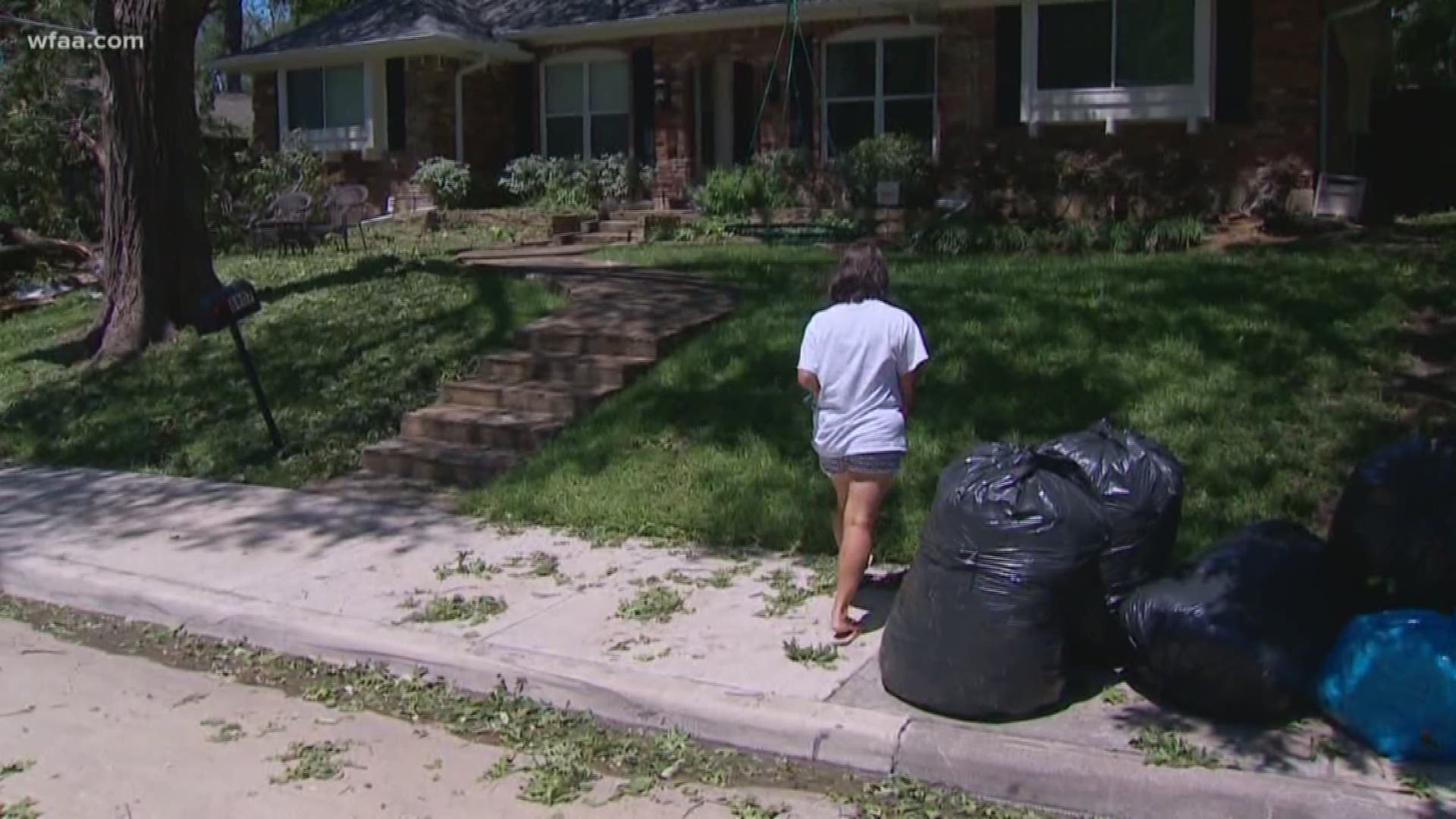 DALLAS — Neighbors across north Dallas are busy cleaning up the major mess heavy storms left behind on Sunday. The sound of chainsaws buzzing and the images of damaged trees leaning into the streets and on homes can be found in many different neighborhoods.

“It’s devastating,” Kyle Jennings said as he and a friend gathered large branches from his lawn on Monday.

Many people are piling debris on the curbs as residents, tree removal workers and the City of Dallas work to assess the magnitude of damage caused by strong winds whipping through the area.

RELATED: Here's what to do with all the storm debris in your yard

“I called a tree company and they said they are at least a week or two weeks out, because they are trying to triage the phone calls," Pallavi Gaitonde said. "They have over 150 phone calls ahead of us.”

The damaged trees are also uncovering another issue. Hebert Jefferson with Little Giant Beekeepers & Bee Removal Specialists said the storm damage is also keeping bee removal specialists busy. Downed trees are uncovering big beehives and the insects can get agitated by the sounds of chainsaws.

“Just call a professional," Jefferson said. "Do not try wasp spray. Some people tried that and they ended up in the hospital.”

The storm damage is also keeping insurance agents busy. More than 6,000 claims have been filed since Sunday, according to the Insurance Council of Texas.

Ray Scott with State Farm advises storm victims to ask their agents questions about claims and what is covered.

"For most homeowners' policies, it’s going to be a one-percent deductible," Scott said. "That’s going to vary from $1,000 on up to $10,000. So, does it rise to the level of paying that deductible and having much more?”

Scott also suggests doing what you can to minimize further damage to your home, and keeping receipts, just in case.

“When an agent or a claims person comes in, or adjuster comes in, just let them see everything as is, that’s not affecting the livability of where you are," Scott said.

The City of Dallas says bulk trash service will continue for customers during the rest of June. Brush and bulk services will be suspended in July, so crews can focus on debris removal.