The City says Col. Al Jones, a 25-year veteran from the Baltimore County Police Department, will take over the position on Jan. 11, 2021.

The City of Arlington hired its new police chief Monday.

The City says Col. Al Jones, a 25-year veteran from the Baltimore County Police Department, will take over the police chief position in Arlington on Jan. 11, 2021.

Arlington City Manager Trey Yelverton said in a news release that out of the 74 candidates across the nation, Jones was the ideal choice because of his years of experience in “implementing strong, community-based policing principles, his understanding of the future of policing and his capability to lead our officers and community of nearly 400,000 residents in that direction.”

Jones said he’s looking forward to getting to know the residents and officers personally and he appreciated the community participation in the selection process, according to the news release.

He said he believes in building relationships between officers and neighborhoods, businesses and stakeholders.

“Officers can’t be everywhere, which is why it is vitally important for the community to be engaged and help serve as our eyes and ears. Neighborhood involvement with the police department creates not only a safer community, but a stronger community,” Jones said.

Jones was among the top five candidates who participated in a socially-distant event at Esports Stadium and answered questions from residents in October.

Arlington’s police chief position became available after Will Johnson retired in May, before protests against police brutality began across the nation.

Current Assistant Police Chief Kevin Kolbye will continue to serve as the department’s interim police chief until Jones takes over the role in January. 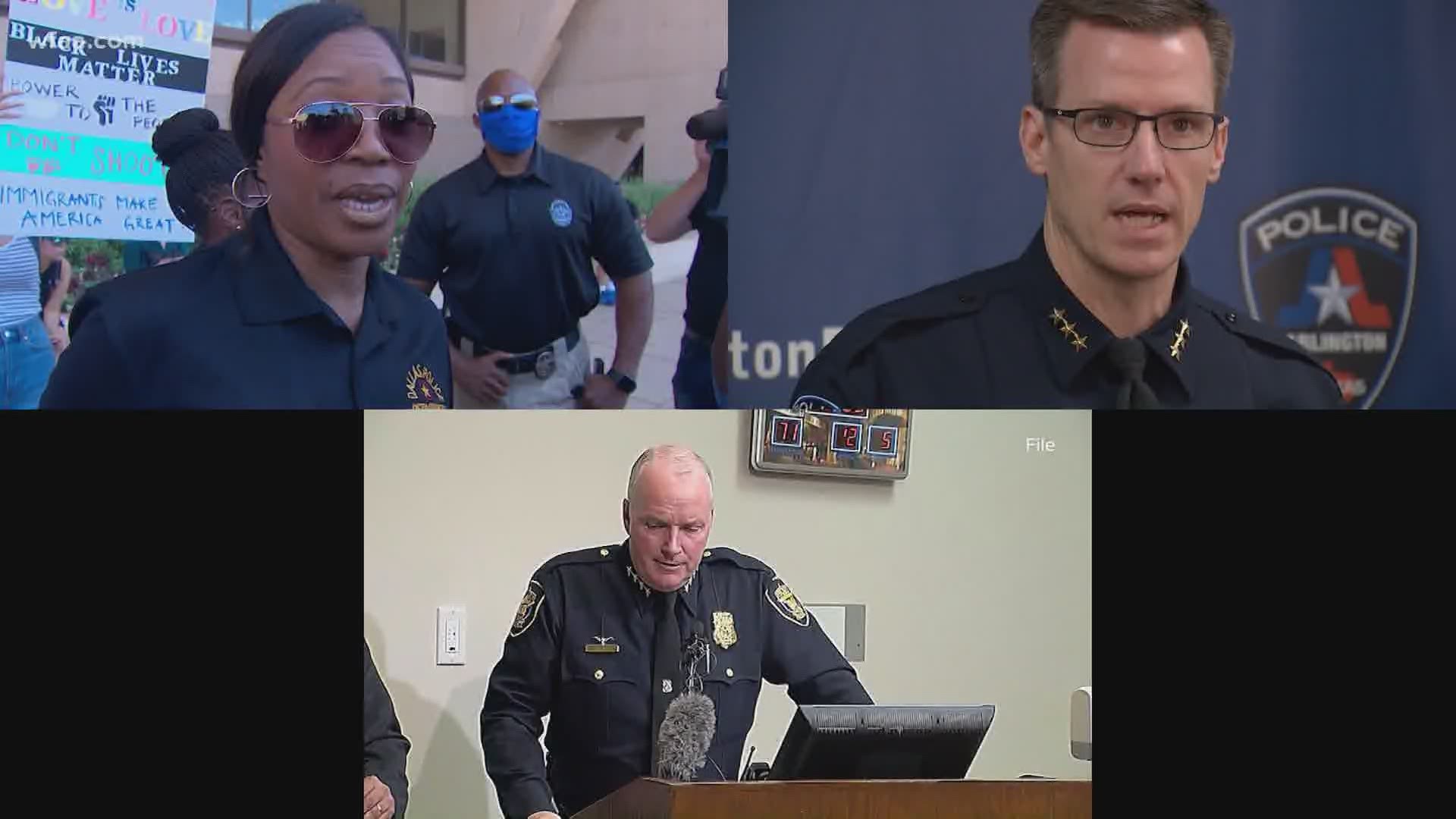