She wrote in her resignation letter that she remains committed to her "true calling, which is law enforcement." 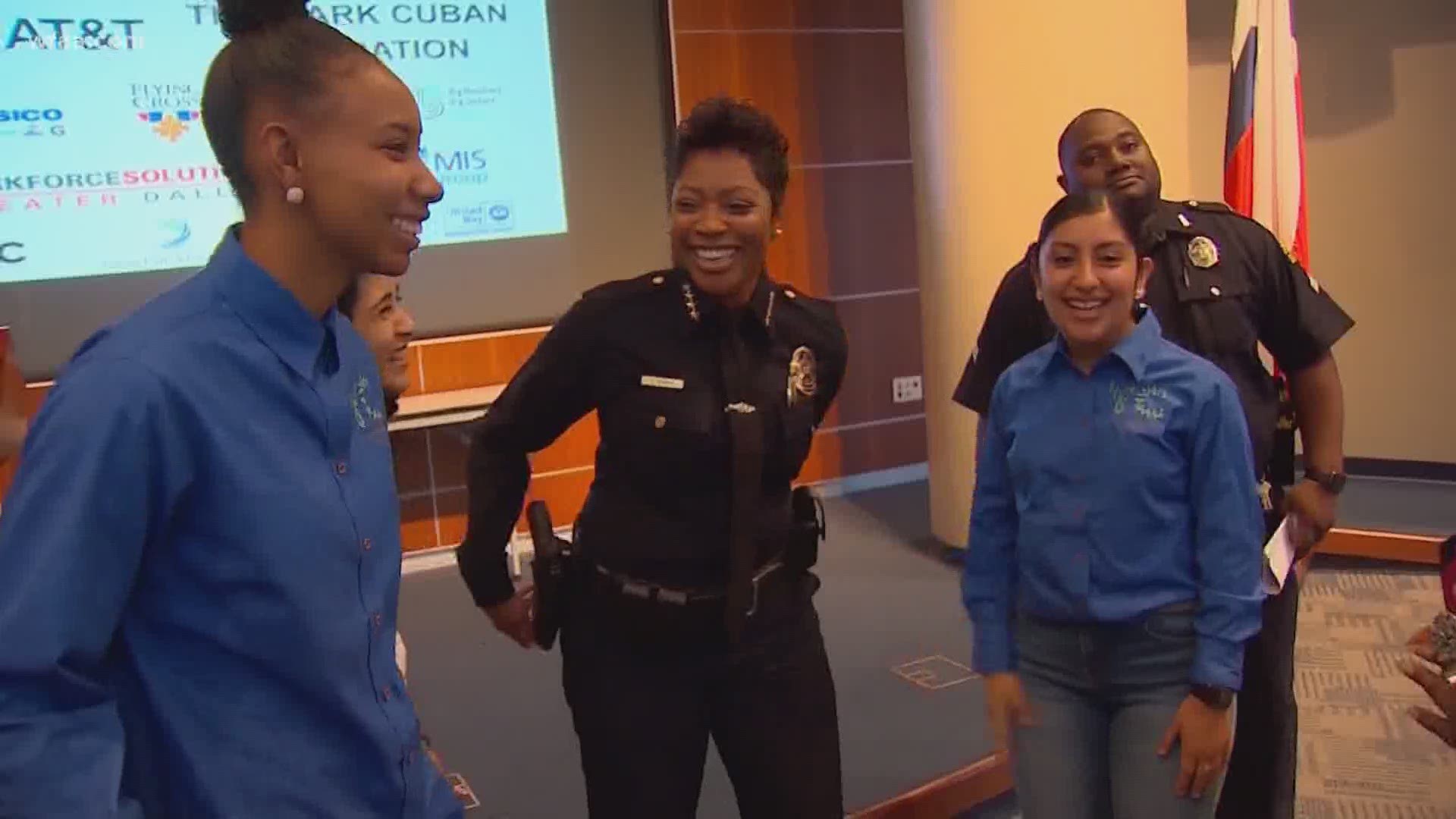 Hall is planning to stay at the department through the end of the year.

She wrote in her resignation letter that she remains committed to her "true calling, which is law enforcement."

Hall has been chief of the Dallas Police Department since 2017. She is the first woman to lead the department.

Mayor Eric Johnson said in an email, "I want to thank Chief Hall for her service to the City of Dallas. I had not spoken to the chief about her decision, but I was not terribly surprised by it considering the recent public statements of my City Council colleagues. ... On top of those demands, Chief Hall had the burden and the distinction of being the first woman -- a woman of color, no less -- to serve as the police chief in Dallas. That was not lost on me. I wish her the best in her career and in her life moving forward."

Councilman Omar Narvaez said on Facebook, "I am thankful to Chief Hall for her collaboration with community members across Dallas and her ability to work within the diverse fabric of our great city. I wish her all the best in her future endeavors."

Councilmember Jennifer S. Gates tweeted, "Wishing Chief Hall all the best in her future endeavors and grateful for her service to the City of Dallas."

Councilmember Adam Bazaldua said in an interview, "We need someone who’s willing to shake things up, willing to really address the culture that has existed for long enough that it needs to change. That’s going to be a certain leader to nuance the respect of the force. We’re definitely going to need leadership that’s not going to be resistant to change. I think that we’re going to need to have someone who’s going to think innovative, think outside the box."

Councilmember Carolyn King Arnold said in an interview, "Of course, I’m saddened by the news. ...I can simply say I know it was an uphill battle and as I began to watch her in meeting after meeting. ... I think a lot of that had to do with she had a challenge, I think, coming in as an outsider. I think she had a challenge as a woman and also as an African American woman. So I think those three strikes I will continue to stand on that they were challenges for her... She does have the ability to do her job and I wish her the greatest of luck."

Former Dallas County Sheriff Lupe Valdez: "Thank you Chief Hall for your dedication and service to the City of Dallas. It saddens me to see you go, but I wish you well."

Dallas Police Association President Mike Mata said in an interview: "She’s had three years to produce. She was brought here. She sold herself to our city leadership as being able to reduce crime, improve morale, improve relations with the community and I think in all three subjects she’s fallen short, so it’s time for a new mission and a new leader to put us in the right direction."

Rev. Dr. Frederick D. Haynes, III of Friendship-West Baptist Church said in an interview: "To her credit, she accomplished some things that were needed in Dallas, especially in the era of Botham Jean given the unfortunate, and I'll even say, the unjust history when it comes to policing. ... I think she'll be missed in many areas. At the same time, we still have an opportunity in Dallas to bring in courageous, creative leadership that imagines public safety beyond over-policing certain segments of the community."

Dominique Alexander, an activist with the Next Generation Action Network, credited Hall for transparency in the department, creating the office of police oversight, and publishing the department’s General Orders online. But he said her attempts at changing Dallas PD’s culture were met with resistance.

“When you have a police [chief] that for one, isn’t from here, and doesn’t bring anyone inside the fabric of the police department, automatically it’s going to fail,” Alexander told WFAA. "I want you to know that job search happened well before some of these recent things." 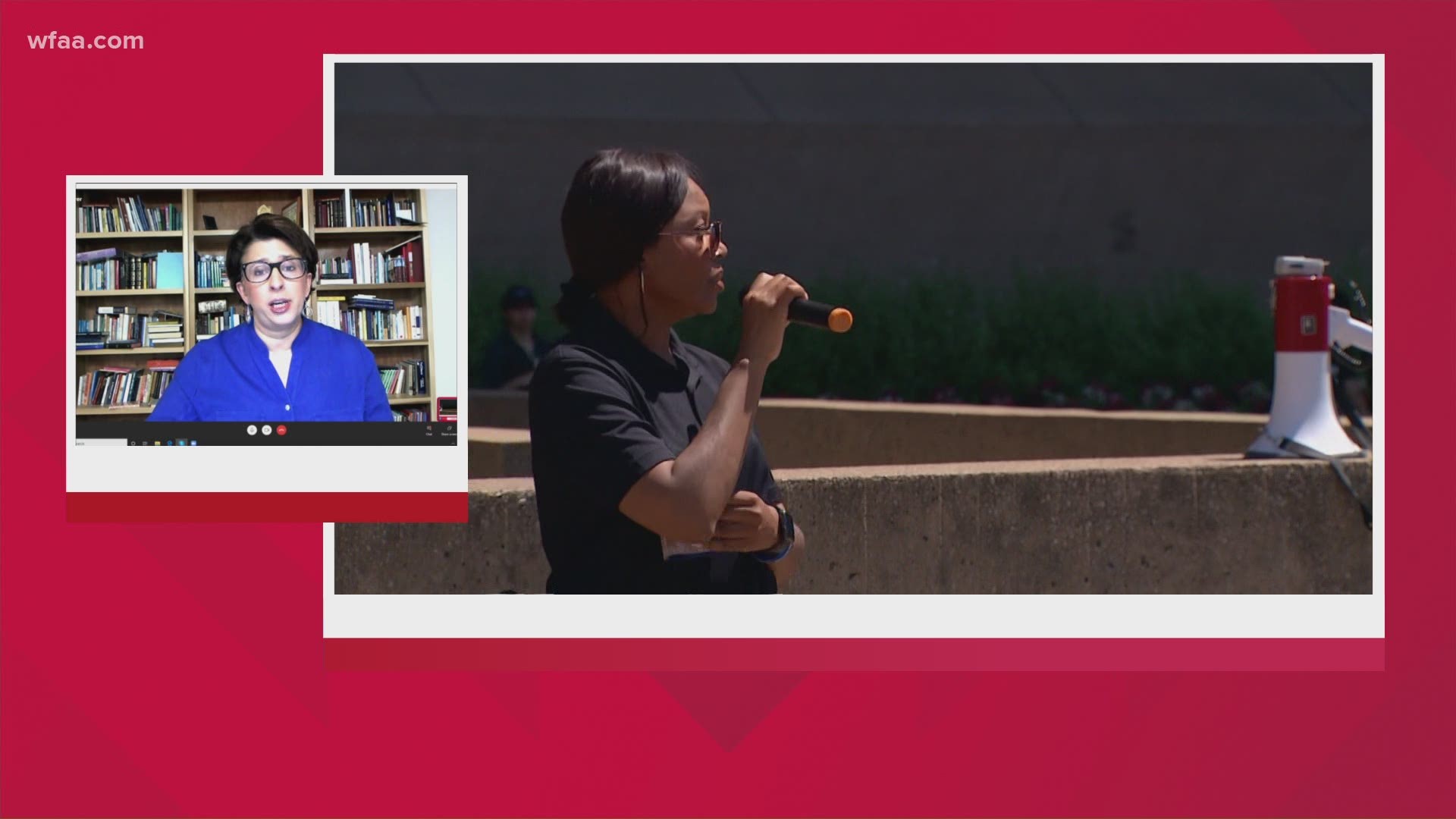