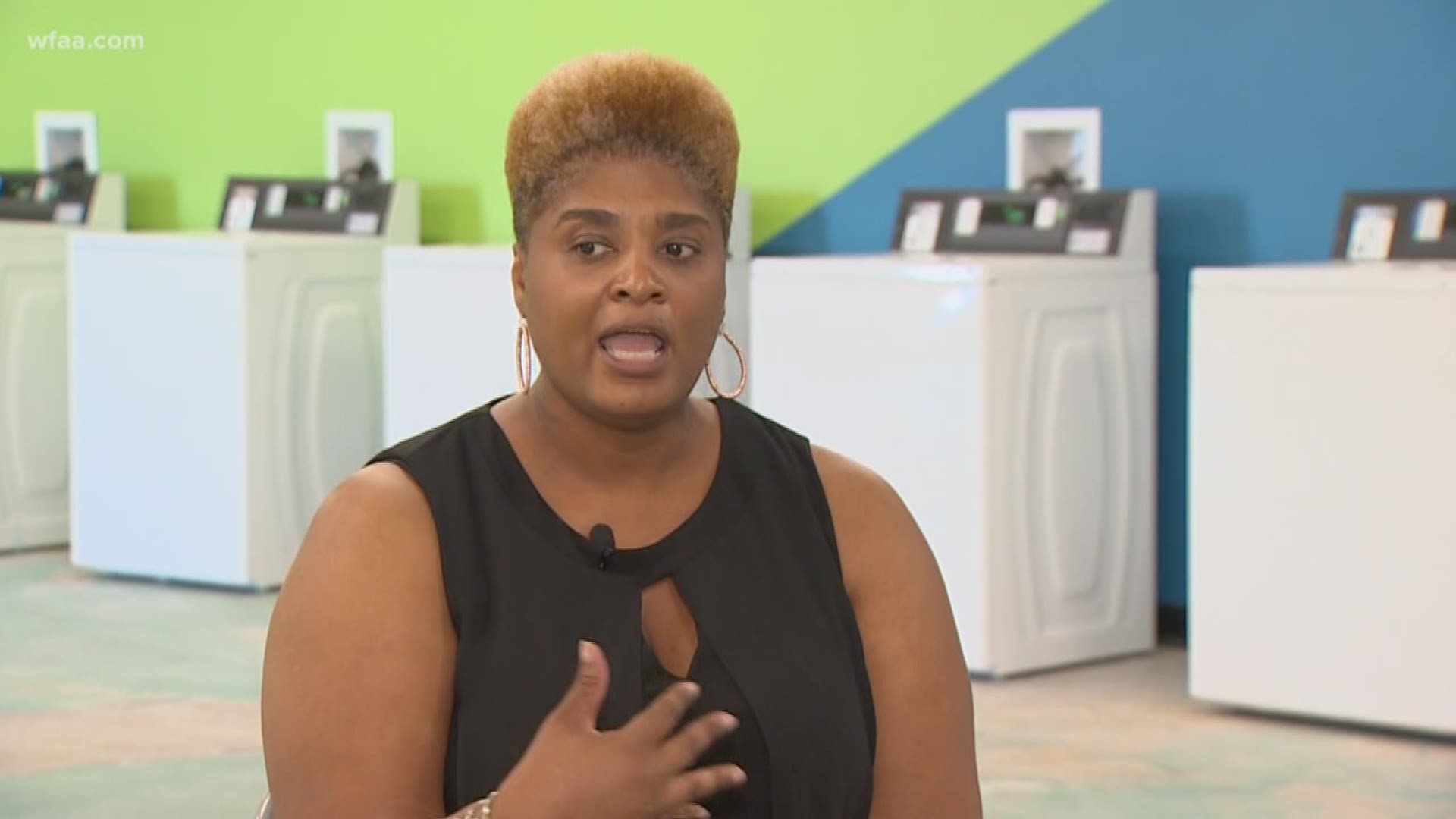 DALLAS — A vacant former retail plaza in South Dallas is getting a new sense of purpose. The site which neighbors say once housed a nightclub and illegal gambling spot is being transformed into a laundromat.

Cornerstone Baptist Church and its partners are preparing for the grand opening of Cornerstone Community Laundromat at the corner of South Boulevard and South Ervay Street.

The new laundromat is opening in an area that has its fair share of social problems. The area is inundated with prostitution, drug houses, and homelessness.

Neighbors and members of Cornerstone Baptist Church have long been working to address those issues. And they’re tackling it in a new way now, by opening the new laundromat.

"We realize in order to dispel darkness we have to have light," Simmons explained.

"We had been hearing so many students were not able to go to school, because they didn’t have clean clothes. So we were looking at ways that we could help," Booker-Drew said.

The Cornerstone Community Laundromat will have eight new washers and dryers and will offer low-cost laundry services when it opens. The place will also provide jobs and entrepreneurial opportunities.

"We want everyone to pay something, but we realize that people may have very limited funds, and we don’t want the cost to ever be an issue of someone being able to walk out of here with clean clothes," Simmons said.

The Real Estate Council and its members are also partnering with the church. They have been focusing on the neighborhood through TREC’s Dallas Catalyst Project. Its members have been volunteering and donating funds to help complete renovations.

“It was a lot of work to renovate this building,” said Linda McMahon, the president and CEO of TREC. “It was a lot bigger project than any of us imagined.”

The Cornerstone Community Laundromat is located at 1621 South Boulevard. Organizers and community members will celebrate its grand opening from 11 a.m. to 1 p.m. Saturday, September 21.