An accusation of sexual assault involving one of four children removed from the home was also uncovered during the investigation. 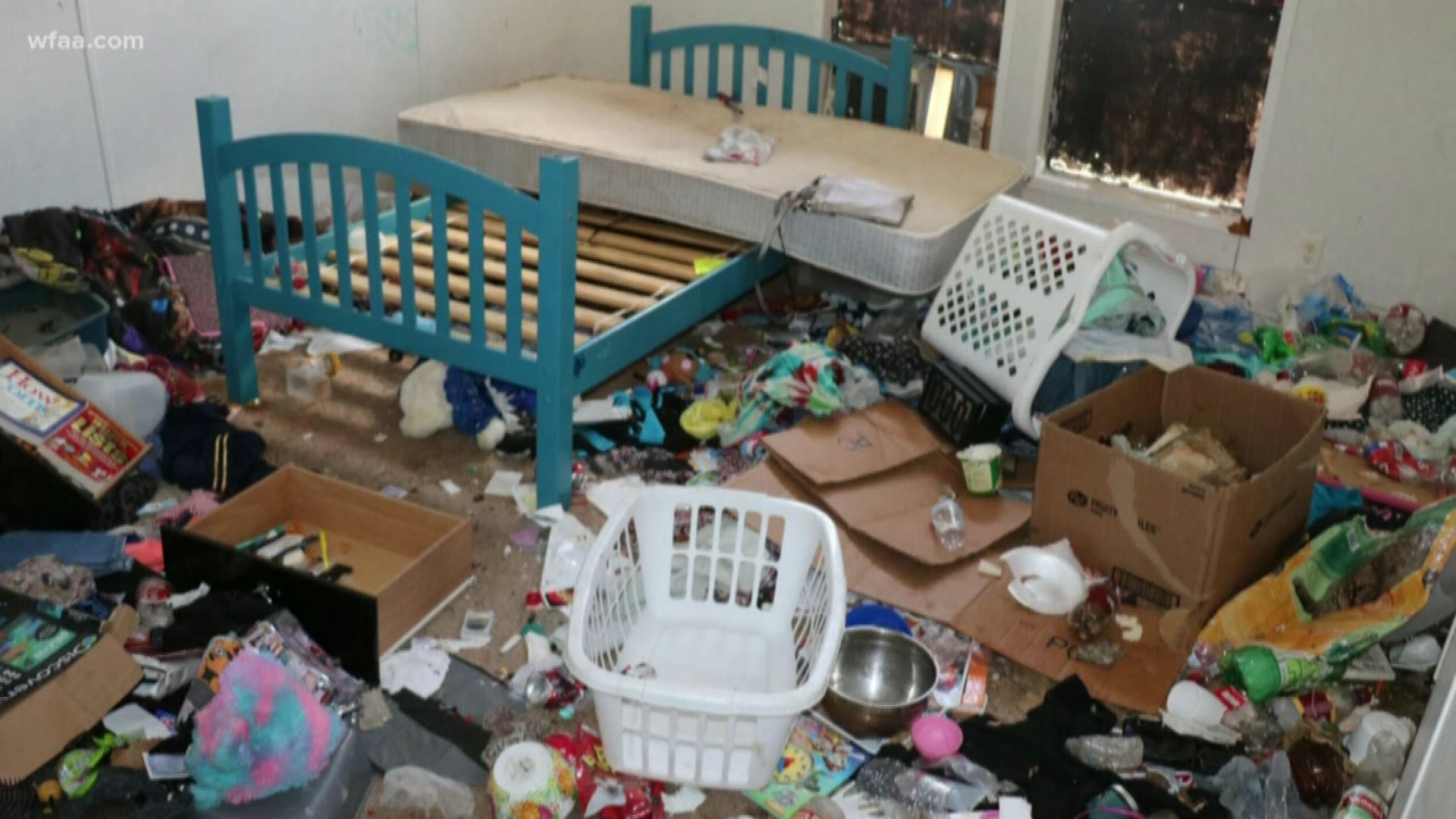 PARKER COUNTY, Texas — An execution of a search warrant by Parker County Sheriff's investigators led to one of the worst cases the department has investigated in at least a decade, officials say.

“It was one of the nastiest, filthiest places that I have ever been," said Parker County Sheriff Larry Fowler.

“It ranks right up there with the worst I have ever seen in 50 plus years of this business," he said.

Thursday's search warrant stemmed from a case that was reported in September.

According to officials, at that time, four children were removed by Texas Department of Family and Protective Services from the same location because of parental drug use, child neglect and poor living conditions.

The children ranged in age from 6 to 15 years old.

Detectives say while the children were in foster care, the youngest child made allegations of sexual abuse and child pornography against their stepfather, Colton Lackey, 20.

Investigators say the child previously told their mother, Amanda Fuller, 34, about the alleged sexual abuse, but she didn't report it to law enforcement.

“Basically, the investigation was so vast that sheriff’s deputies, sheriff’s animal control officers and investigators with the Parker County Special Crimes and Criminal Investigations Division were involved,” Fowler said. “Collecting evidence from the home took more than four hours.”

The children had been living a mobile home trailer on the property, while the mother and stepfather lived in a separate camper trailer nearby, authorities said.

"All kids stay out" was scrawled across the mother and stepfather's bedroom door.

“You get the job done, and then you go home and you hug your kids and you hold on to them," she said.

Upon searching the house Thursday, detectives found two baggies of a crystal substance that tested positive for meth, along with drug paraphernalia, one dozen cellphones, digital cameras, several laptops and computer discs.

The sheriff says the investigation is ongoing and both suspects are expected to face more charges.

The couple was booked into the Parker County Jail. Their bonds have not been set yet, officials say.

Lackey faces a charge of indecency with a child by sexual contact, a traffic warrant and failure to appear. Fuller will face a charge of possession of a controlled substance.