He and the department still feel there is probable cause in the case and will continue to investigate, Garcia said Thursday at a news conference. 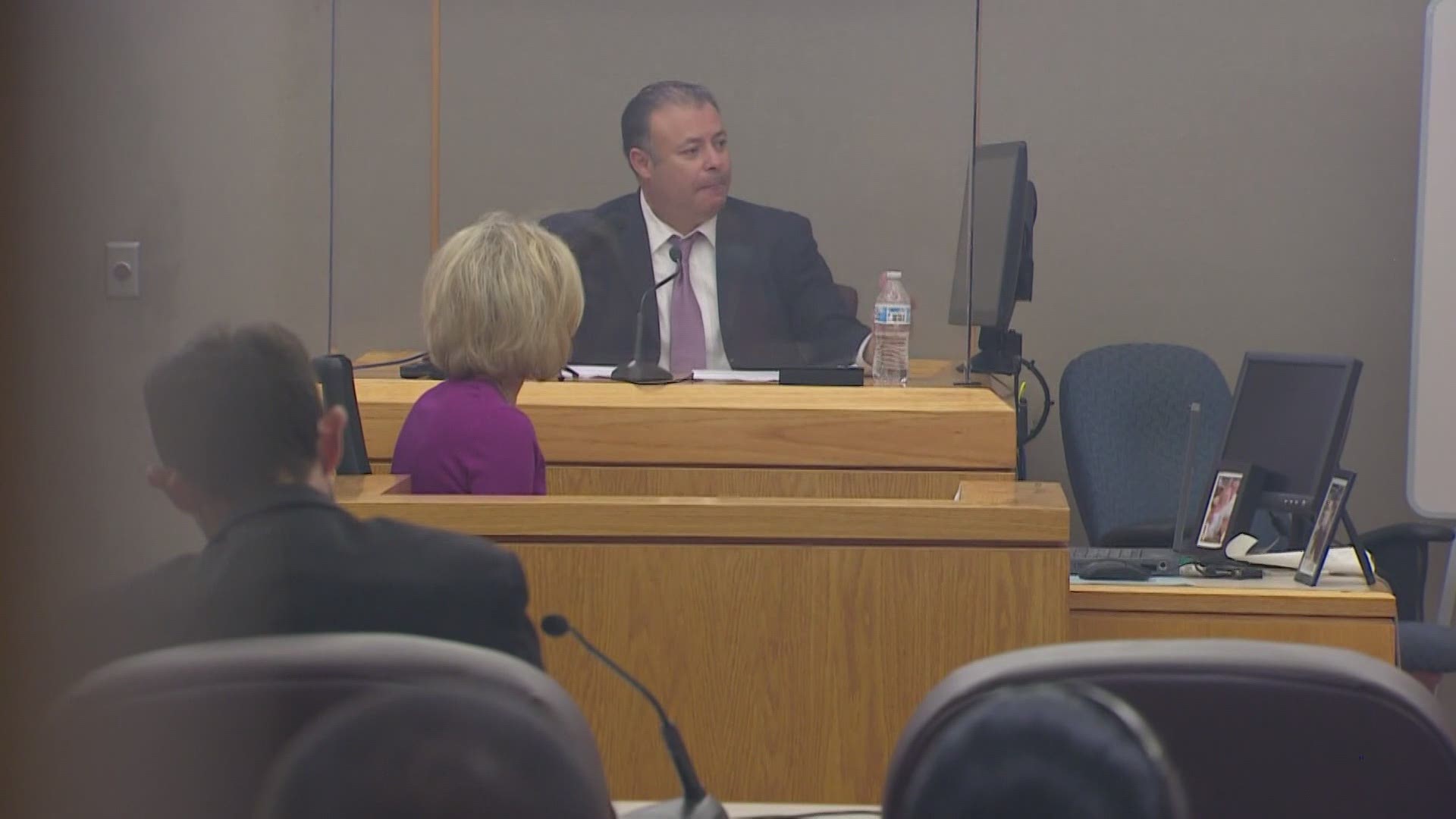 DALLAS — Dallas Police Chief Eddie Garcia said Thursday that he was disappointed in a judge's ruling that there was not enough probable cause to hold former officer Bryan Riser in jail on two counts of capital murder.

He and the department still feel there is probable cause in the case and will continue to investigate, Garcia said Thursday at a news conference.

Garcia underscored that Judge Tammy Kemp previously signed two arrest warrant affidavits that presented probable cause to take Riser into custody. He said he was disappointed in Judge Audrey Moorehead's ruling on Wednesday to release Riser but will respect the decision.

"Disappointed in yesterday's ruling... We could not have made an arrest had not a judge agreed that there was probable cause," Garcia said. "Once a judge signs it... they're commanding us to do a job. To me, I believe that is the proper way to communicate this to our community -- that the steps were followed. We didn’t skip one."

Riser was released from jail Wednesday afternoon. Judge Moorehead ordered his release and ruled there is no probable cause to hold Riser on two counts of capital murder after his legal team and prosecutors poked holes in DPD's case.

It was a rare moment in a courtroom during what was called an examining trial.

"This department that I used to love, respect, they have disrespected me, they have embarrassed my family all over a make-believe lie," Riser said. "I was 100% innocent from the get-go."

Garcia said Thursday that he still stands by the department's decision to terminate Riser, adding that there were other administrative issues found by investigations by internal affairs.

But Garcia declined to elaborate on those investigations.

Riser's wife and attorney said this week that they believe that banking records and other evidence they've gathered will be key to exonerating him.

At times, Montenegro and Fine grew combative with each other during the hearing.

Normally, a police detective would be considered the state’s witness, but it was clear that Montenegro and Fine were not on the same page.

Montenegro was also asked to explain errors that were made in his original warrants.

He attributed the most serious error in the original warrant to a “cut and paste error.”

The original warrants, signed by a judge in March, said a preliminary analysis from the FBI "revealed that the suspect's cell phone placed him in or about the area during the time frame" of both victims' disappearances and subsequent killings.

Montenegro adamantly argued that he believed there was sufficient probable cause for the arrest. Fine disagreed, saying he did not believe that police had enough probable cause.

Garcia was asked if Montenegro would face discipline for the mistakes made in the warrant.

Riser's arrest warrants show police based much of their case on the word of Emmanuel Kilpatrick, a convicted killer.

Kilpatrick had been in jail for about two years when he came forward in August 2019, claiming that Riser had hired him to kill Lisa Saenz and Albert Douglas.

Saenz had lived with his Riser’s father, Byron. Kilpatrick told police that Riser believed she was an informant.

Shook said Kilpatrick had every reason to lie.

As it stands, he will one day be eligible for parole.

Saenz was killed on March 10, 2017, hours after leaving court on the day that her husband was convicted of murder. Montenegro was the detective on her husband’s case and identified her body when it was found by kayakers in the Trinity River.

Riser is appealing his termination.