One suspect died and another remains in the hospital after Thursday night's chase. The constable is expected to be OK, per police officials. 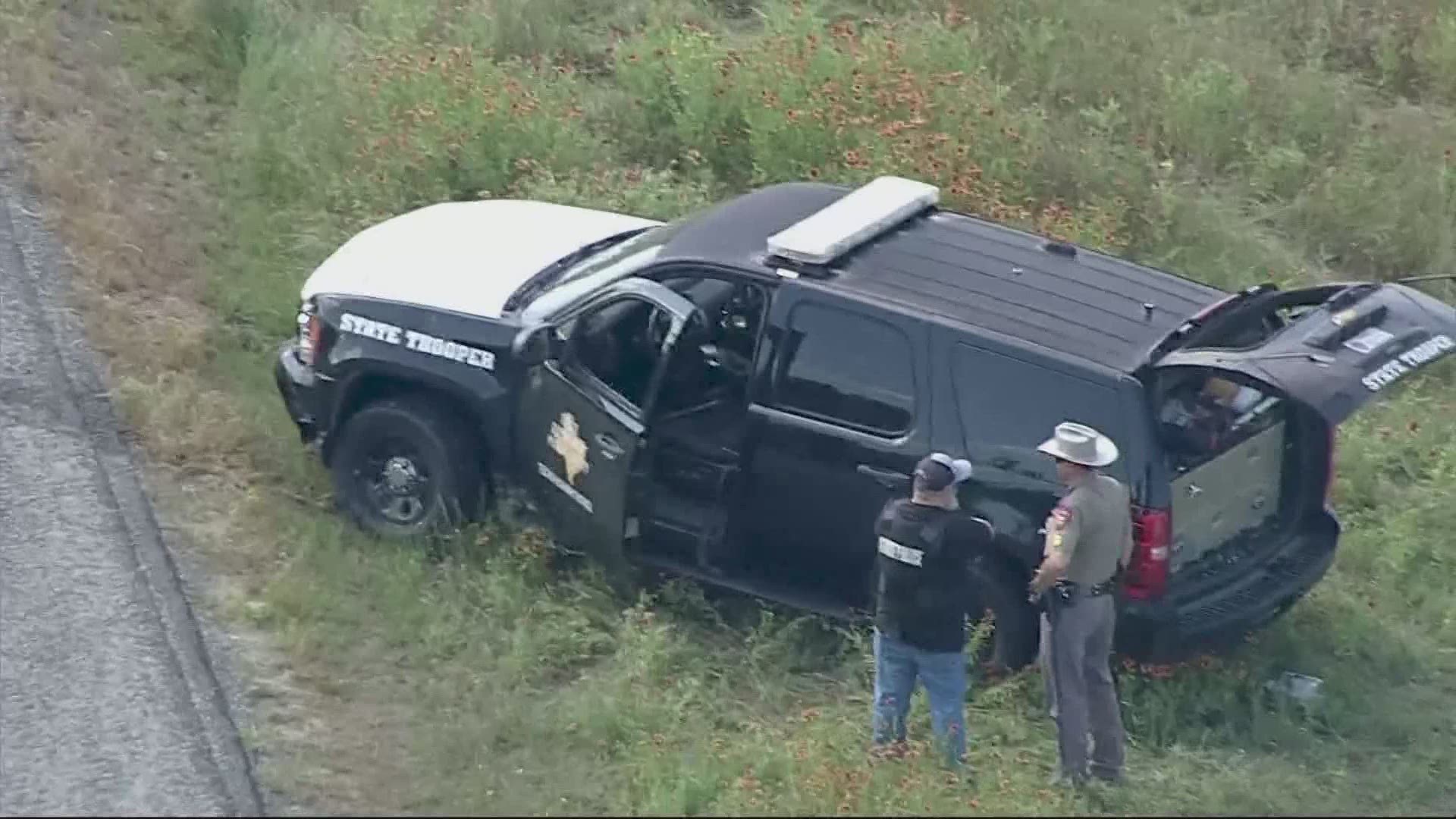 ALVARADO, Texas — Updated at 11:45 a.m. Friday to reflect that one of the suspects has died.

Two suspects were taken into custody and a Hill County constable was hospitalized following a dicey chase that ended in a gunfight Thursday evening on I-35W near Alvarado, Dallas police officials said.

Adrian and Hector, according to officials, were being followed by undercover officers, who asked for a traffic stop to be done in Ellis County by uniformed police when the suspects drove through that area.

Per a department spokesperson, that's when the suspect vehicle took off and a chase began.

During the chase, one or both suspects fired at pursuing agencies, the spokesperson said.

At one point, a constable from Hill County got involved in the pursuit and was shot. The Burleson Police Department identified him as retired officer Kevin Cordell and released the following statement via Facebook Thursday evening:

"Please pray for retired Burleson PD officer and current Hill County Constable Kevin Cordell, who was shot this afternoon in a vehicle chase, that ended in Alvarado. Constable Cordell was assisting another agency that was pursuing two suspects when he was shot. The suspects were later taken into custody."

Cordell was taken to an area hospital and is expected to be OK, per the Texas Department of Public Safety. He remains hospitalized as of Friday morning.

Adrian and Hector's vehicle crashed Thursday afternoon on the southbound I-35W service road near County Road 604 after an officer performed a pit maneuver to stop the car.

While the vehicle was disabled, the spokesperson said that Adrian and Hector continued to shoot at officers arriving at the finish line of the chase.

That spokesperson said that officers from other agencies returned fire.

Eventually, Adrian and Hector gave up and were hospitalized, the Dallas Police Department said.

I-35 was closed in both directions during the aftermath of the shootout, but it was later reopened. The service road where the gunfight occurred was also shut down for hours as the Texas Rangers and federal authorities went to investigate.

The Bureau of Alcohol, Tobacco, Firearms, and Explosives were seen arriving at the scene by WFAA.

It's also unknown how many officers were involved in the shootout and what agencies opened fire.