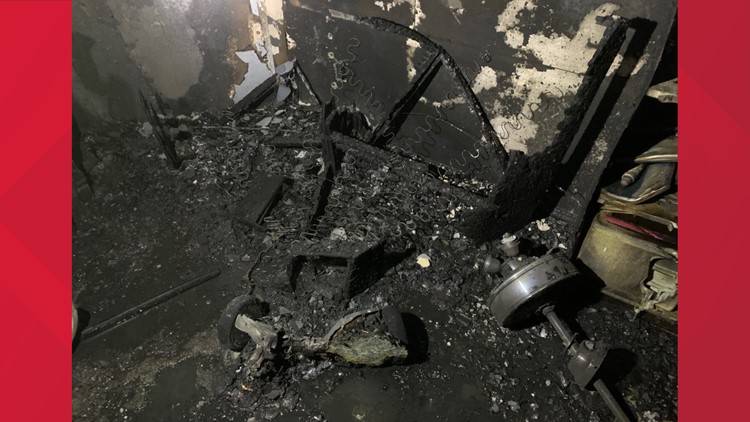 HURST, Texas — A hoverboard erupted in flames Wednesday after it was left charging for the majority of the day, officials say.

According to the Hurst Fire Department, the incident occurred around 7 p.m. Wednesday near the 2700 block of Mill Haven Drive.

Firefighters say when they arrived at the house there were flames coming from an upstairs room.

Crews were able to contain the blaze but said there was smoke damage throughout the house and water damage near the area of the fire.

Hurst Fire Department officials said the fire started from a hoverboard that had been charging in the bedroom for most of the day.

No injuries were reported in the incident, according to authorities.

The Consumer Product Safety Commission says hoverboards have been the subject of many recalls and consumer advisories over the few years.

The CPSC recommends the following for anyone who owns a hoverboard:

1. Assure that your hoverboard is compliant with UL Standard 2272.

2. Check for recalls at CPSC.gov.

3. Only charge a hoverboard when you are there to watch it charging.

4. Have working smoke alarms on every level of your home, outside sleeping areas and inside each bedroom.

Click here for more information from the CPSC about hoverboard safety.