Census data shows San Antonio as 7th-largest US city; Hispanic or Latinos account for half of US population growth

The Alamo City remains the seventh-biggest U.S. city, while one of its neighbors ranked in the top 10 of the fastest-growing communities. 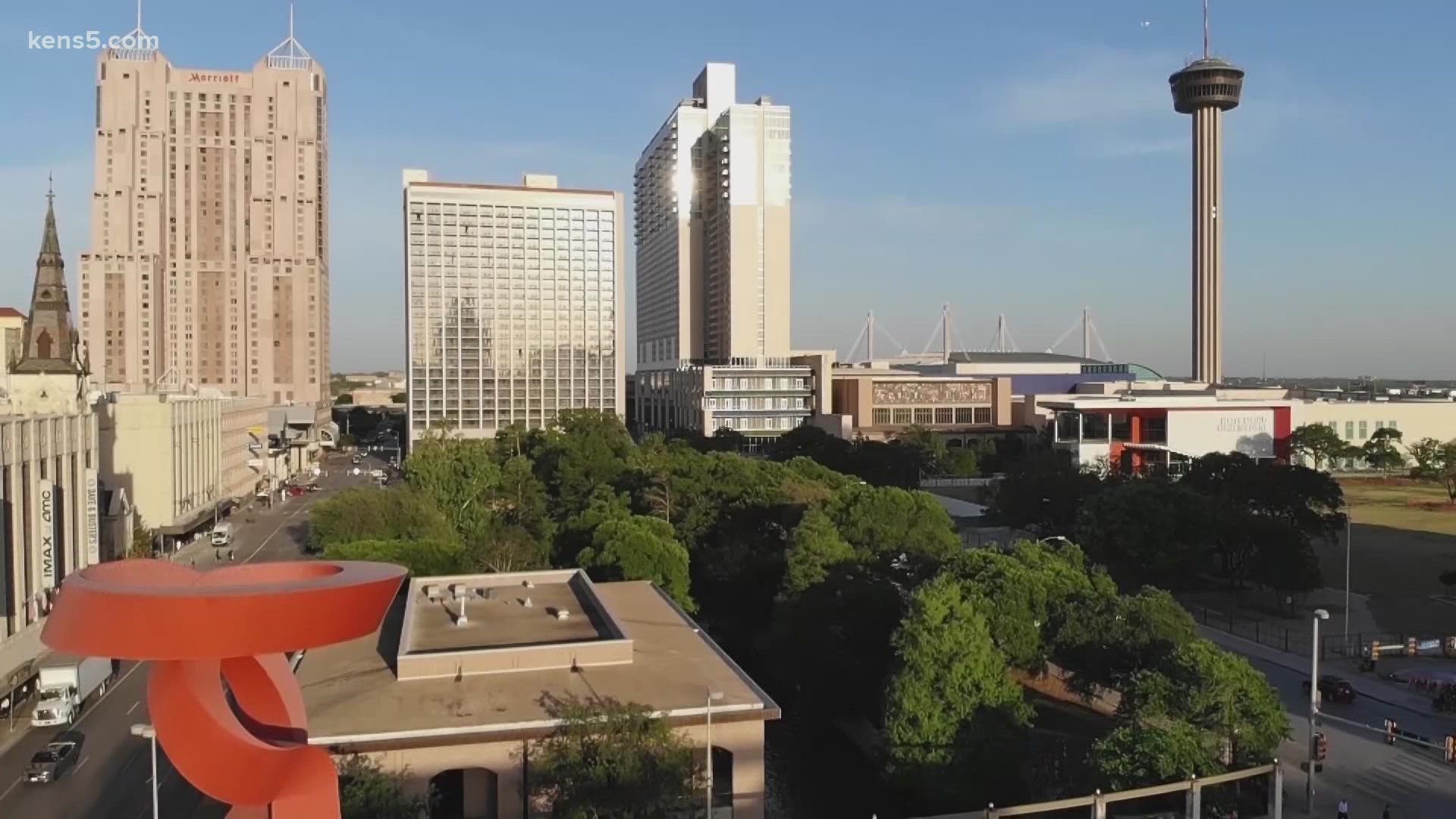 SAN ANTONIO — The US Census Bureau released its data from 2020 showing the state continues to grow and becomes increasingly diverse.

San Antonio ranks among the biggest cities in the country, while one of its neighbors is on the rise.

New data shows the Alamo City maintained its rank as the 7th biggest city in the US with 1.4 million people. The city’s population increased 8.1 percent compared to the 2010 Census.

Nationwide, the Census Bureau reports that the country’s overall growth is slow, but some major metropolitan areas grow.

In new data, @uscensusbureau reports that San Antonio remains the 7th largest city in the US. New Braunfels is in the top 10 of fastest-growing cities in the US, which grew by at least 44% since 2010. @KENS5 #kens5eyewitness

In a press conference Thursday, Marc Perry, senior demographer with the US Census Bureau used Texas as an example of this phenomenon.

“Parts of the Houston, San Antonio, Austin, Dallas-Fort Worth, Midland-Odessa metro areas had population growth, whereas many of the state’s other counties had population declines,” Perry said.

Data also confirms the rapid growth of New Braunfels. The city is now in the top 10 of fastest-growing US cities—which showed at least 44% growth since 2010, among cities with a population of 50,000 or more.

Three other Texas cities, including Conroe, McKinney, and Frisco were also in the top 10, but it’s not clear where each city ranks.

Looking at race and ethnicity in Texas—the gap is being closed between the two largest groups of residents.

“The difference in size between the white alone, non-Hispanic population and the Hispanic or Latino population shrank to about a half-percent,” Perry added.

These numbers will help determine the future of Texas’ Congressional districts.

According to Todd Hunter, chairman of the Texas House of Representatives Committee on Redistricting, the Texas Legislative Council is inputting the data into its redistricting software which will be updated and available for use by September 1.