Cedar Hill police chief on killing of George Floyd: 'He should still be with us here today'

One week after the killing of George Floyd, Cedar Hill Police Chief Ely Reyes is working to re-build trust in the community and ensure it doesn’t happen again. 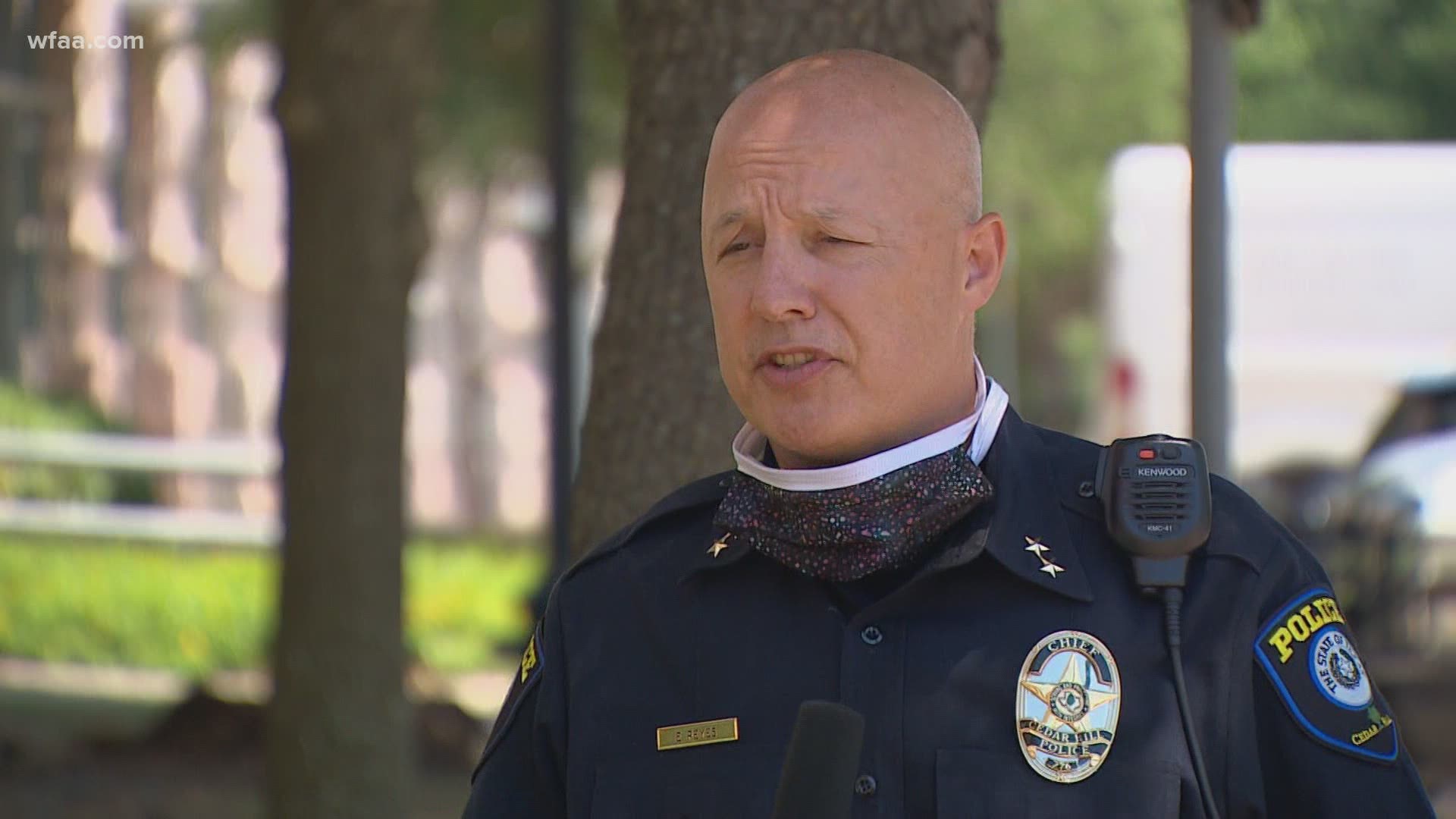 One week after the killing of George Floyd, Cedar Hill Police Chief Ely Reyes is working to re-build trust in the community and ensure it doesn’t happen again.

“This week, we created a training program that required all members of the department to watch the video in its entirety. In addition, we reiterated our responsibility to intervene and to report inappropriate conduct,” Reyes said in the post.

“I have also attended all of the patrol briefings to discuss the incident and how we must now work harder than ever to be caring and compassionate as we struggle to right the wrong that was done by a few.”

In an interview with WFAA on Wednesday, he shared additional thoughts on George Floyd's death and his plans moving forward.

“What I observed were the actions of one officer that ultimately resulted in the death of one of their community members and three other officers who stood by and did nothing,” Reyes said.

When Reyes met with his team, he brought several community members, including the local president of the NAACP.

Dunn said she has great confidence about the police in Cedar Hill because the department has a great relationship with the community. She did share some thoughts with the officers.

“Many times when we call the police, it could turn different. We call them to protect us. And then we get there and then the story changes. And it’s because of how policing has been done in the past. And I just don’t believe that’s going to be done in Cedar Hill,” Dunn said.

“There has to be change and because of the relationship the NAACP in the Tri-Cities has with the local police departments and what’s going on in the world, I believe it will change," she said.

Reyes said he will work to re-build any trust lost after the incident in Minneapolis and work to better the relationship with all people in his community.

“What happened to Mr. Floyd is absolutely unacceptable and he should still be with us here today,” Reyes said.