Carrollton-Farmers Branch ISD has installed a Smart Button, which alerts administrators and first responders to the location of a threat. 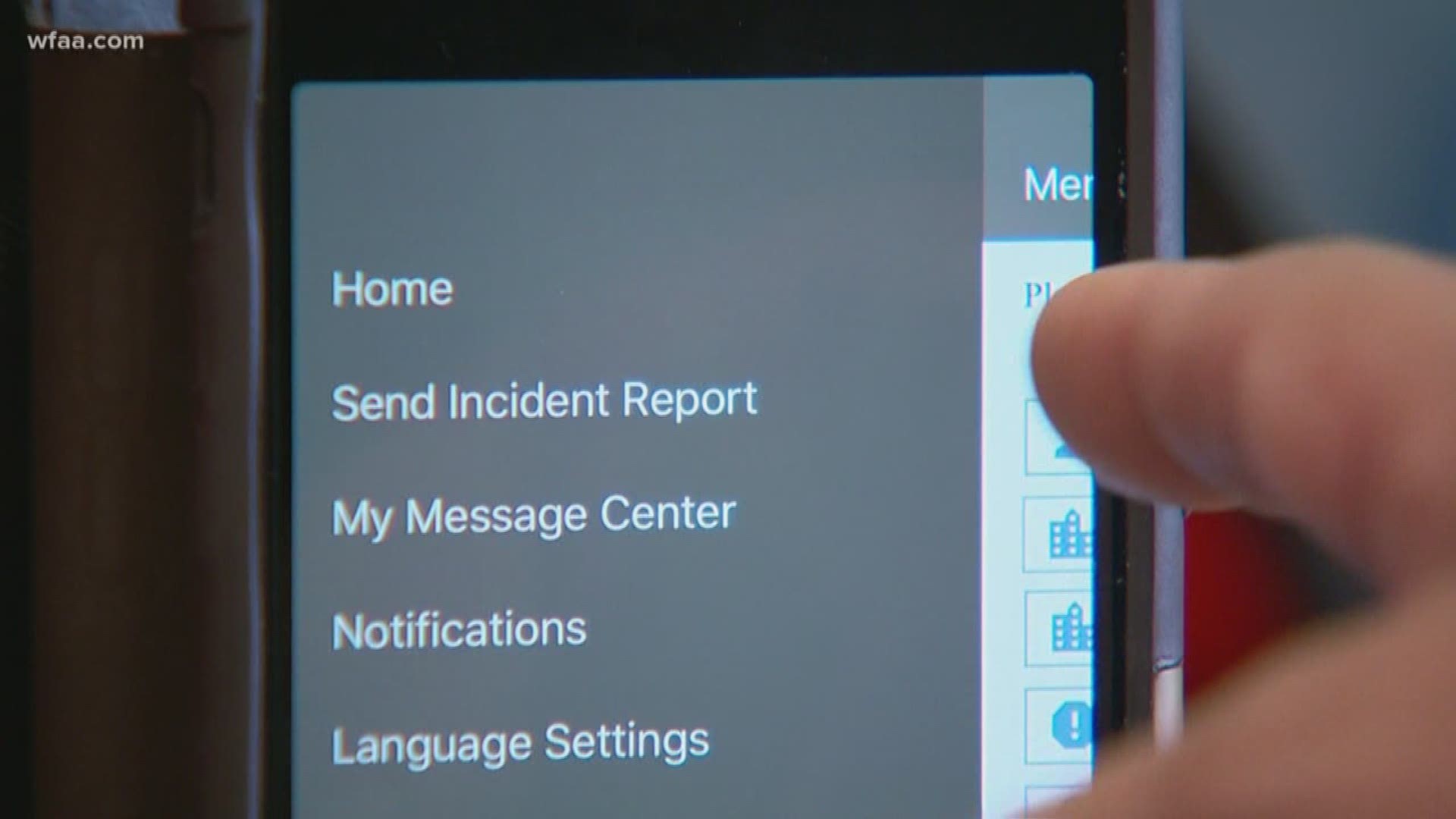 CARROLLTON, Texas — Three decades ago, safety and security were rarely school budget items that garnered much attention. Nowadays, it is quite the opposite. Districts across north Texas are scrambling to implement safety measures at campuses before classes resume.

School boards are confronted with the question: Have we done enough to keep our children safe?

"Whenever I started in education, this was never even heard of. Unfortunately the world has changed and we are having to take precautions," said Dr. John Chapman, Superintendent of Carrollton-Farmers Branch ISD.

The district has implemented crisis response training for all staff. CFBISD will have invested $31 million in school safety measures over the next five years.

Bond money helped launch the Anonymous Alerts app for students to report bullying and other issues. This provides students a safe avenue to report issues happening on campus without having to disclose their identity.

The most intriguing new concept the district implemented for the upcoming school year is the Smart Button. The app-based reporting system is for staff in an emergency situation — like an active shooting.

Installing the app is voluntary. In the event of an emergency, if staff were to hold down the "Smart Button" on the screen for 3 seconds, it launches an alert.

"It'll give us the exact location and room number where that person pressed the panic button," De La Rosa said.

De La Rosa stressed that it's not a replacement for 911. His hope is that the panic button will provide a faster response. For example, a student resource officer can head to that exact location where the alert was issued.

The district has also made some physical changes to each of its campuses. It has installed video intercoms at each school entrance. Several districts have started to adopt this safety tool.

"You can't just walk in or be buzzed in. You have to go through the intercom system. You're going to be vetted before you get there," Chapman said.